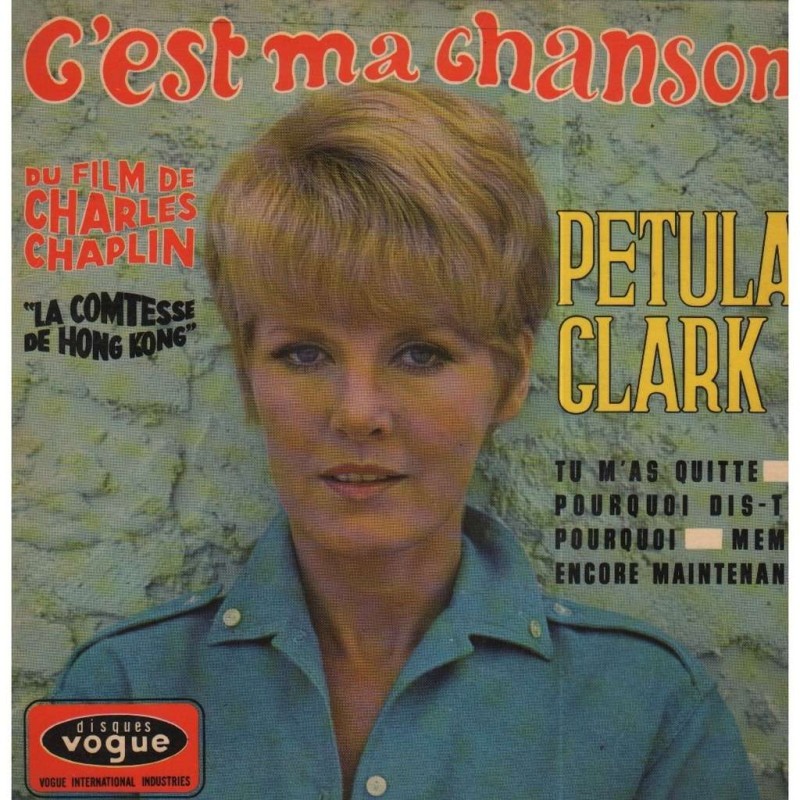 Just as Jason Bourne has an identity, a supremacy, and an ultimatum, so Petula Clark has files, a project – and a minefield. The Petula Clark minefield was the happy outcome of my determination, with the Petula Clark project, to put to good use the materials in the Petula Clark files, which I had collected in the 1960s and kept, for fifty years, in a remote secure storage facility guarded by wolves.

The idea came to me when, one windswept morning, I was sashaying along a majestic and important boulevard in my bailiwick. All of a sudden, my boon companion Walter Mad, the animal behaviourist, amateur electrician, and van owner, drove up alongside me in his van, slowed to sashaying pace, wound down his window, and shouted at me.

“I have inherited a field!” he cried.

Later, over tea and toffee, I learned more. An elderly Mad uncle had died and left to his nephew, in his last will and testament, a field, somewhere out in the blasted and awful countryside.

“If it were a magnetic field,” moaned Walter Mad, “I might be interested. But it is nothing more than a flat expanse of mud and muck out beyond the Blister Lane Bypass, past the viaduct and the ha-ha and the decoy duckpond and the foopball pitch and the giant cement statue of Nobby Stiles and the weird cloud of ectoplasm and the bridge over the River Horrible and the vinegar works and Pang Hill Orphanage and the clown hospital and the blasted heath and the Bolshevik ballet school and the forest of gargoyles and the sump of slurry and the remote secure storage facility and the -”

“Wait!” I cried, “This field of yours is near the storage facility?”

“Had you allowed me to finish I would have listed several more significant landmarks on the way but, yes, it is fairly close by, as the crow flies.”

“I have an idea!” I cried, and I jumped into the van and told Walter Mad to drive like the clappers.

My idea was the Petula Clark minefield. Through Walter Mad’s inheritance, we had the field. The next step was to remove the Petula Clark files from the remote secure storage facility, and then to remove each of the six or seven press clippings from its buff cardboard folder. The folders we tossed, unsentimentally, on to a nearby bonfire. It was then a simple matter to have each of the six or seven press clippings laminated, to protect them against the many and various calamities of awful countryside weather. Once laminated, each press clipping was attached to one end of a pointy stick – that is, to the non-pointy end.

At this stage I had not decided whether the Petula Clark minefield would accommodate one customer at a time, armed with all six or seven pointy sticks to which were attached the laminated Petula Clark press clippings, or six or seven customers simultaneously, each armed with a single pointy stick. Six or seven customers at a time was probably the better option, as it would allow us to advertise the Petula Clark minefield as a splendid opportunity for awayday team-building exercises for middle managers in small to medium size companies.

Imagine the fun, as the six or seven customers are handed a pointy stick each, to one end of which is affixed by twine a laminated press clipping about Petula Clark. They must now make their way across the flat expanse of mud and muck, prodding the ground at intervals in an attempt to locate the mines submerged just below the surface. If they successfully locate each of the six or seven mines with their pointy sticks, they win. But if they inadvertently tread upon a mine, they lose.

The mines themselves are not explosive. Instead, using a clever bit of electrical gubbins concocted by Walter Mad using his amateur electrician skills, when a mine is “detonated” it blasts forth, at deafening volume, a recording of Petula Clark singing her tiptop hit, written by Tony Hatch and first released in 1964, shortly before I began to compile the Petula Clark files, “Downtown”.

What an exciting day that was, when Walter Mad and I first opened the Petula Clark minefield to paying customers! I felt a warm glow of content that I had at long last put the Petula Clark files to good use by devising the Petula Clark project and, with the Petula Clark minefield, bringing it to fruition. The lesson, I think, is that even when one of your activities seems utterly pointless – and believe me, there were times over the past half century when I wondered why on earth I clung on to those six or seven Petula Clark press clippings and kept them in a remote secure storage facility guarded by wolves – there is always the chance that you can take the pointless and make it pointy. That is what I did, and you can too, especially if your boon companion inherits from a Mad uncle a flat expanse of mud and muck.