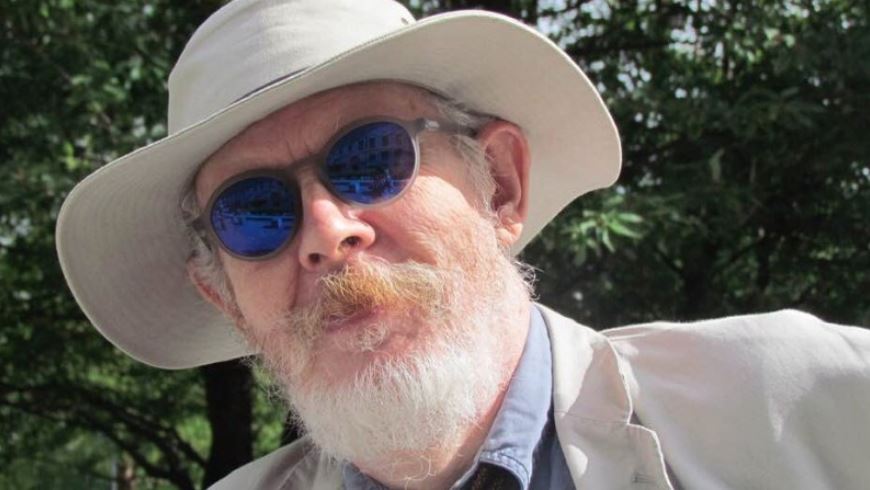 Frank was the first regular columnist we recruited, and Key’s Cupboard ran every Friday, more or less without fail, from August 2010 to February 2016. Those years were, without any possible doubt, the Golden Age of blogging, and Frank’s entirely idiosyncratic take on the world and its many strangenesses was one of its richest and most reliable pleasures.

Frank’s words live on in the archives here and on Hooting Yard. Books include By Aerostat to Hooting Yard – A Frank Key Reader (the ebook published by Dabbler Editions)  and the glorious Shorter Potted Brief, Brief Lives (the introduction for which was probably the most purely enjoyable writing job I’ve ever undertaken).

So long, Frank – and thanks for all the hammering.

You can help pay for Frank’s funeral costs – and hopefully a memorial event for fans – on this Justgiving page.