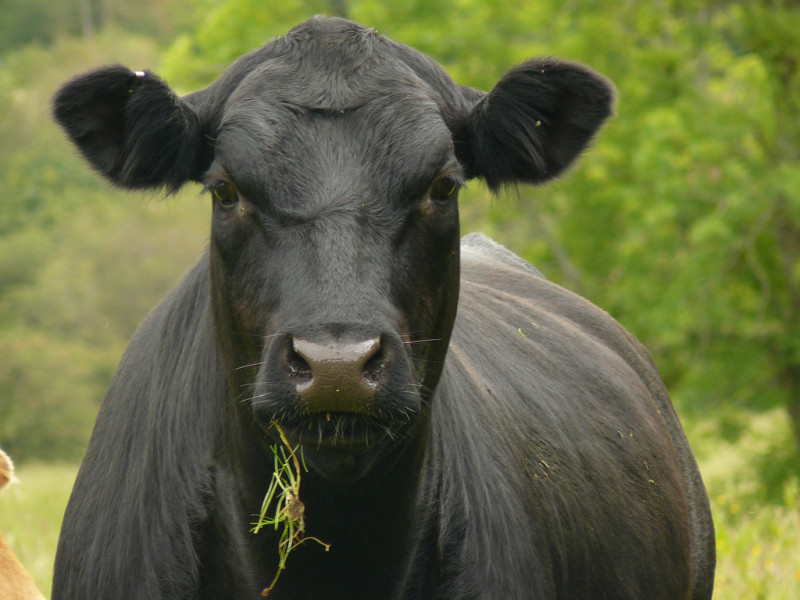 What happened to Gunner Pitkin behind enemy lines?…

He hid in a barn.

There was a cow in the barn.

It was an enemy cow.

Back in the field tent, Gunner Pitkin had had dinned into his head, by the captain, where his duty lay.

It was an enemy cow, so he had to kill it.

Gunner Pitkin was not the brightest of men, but he realised that if he used his gun to shoot the cow, the noise of the report could alert the enemy to his presence in the barn.

Back in the field tent, Gunner Pitkin had had dinned into his head, by the captain, that part of his duty was to avoid capture at all costs.

Gunner Pitkin looked wildly around the barn, seeking an instrument by which he might bring about the death of the enemy cow, but silently.

He saw a churn and a hoe and a spade.

Gunner Pitkin put down his gun and picked up the spade.

He approached the cow.

Gunner Pitkin hoisted the spade high, ready to bring it bashing down repeatedly and relentlessly upon the cow’s head.

Then it occurred to him that there lives the dearest freshness deep down things, even cows, even enemy cows.

He put the spade down.

Gunner Pitkin lay upon a bale of straw and fell asleep.

Several hours later he was captured by the enemy.

In the prisoner of war camp, Gunner Pitkin occupied his time making toy cows out of balsa wood and dough.

By the time the peace was signed on Luneburg Heath, he had made hundreds of toy cows.

They can now be found in a museum, a converted barn in a daffodil-splattered field that used to be behind enemy lines.