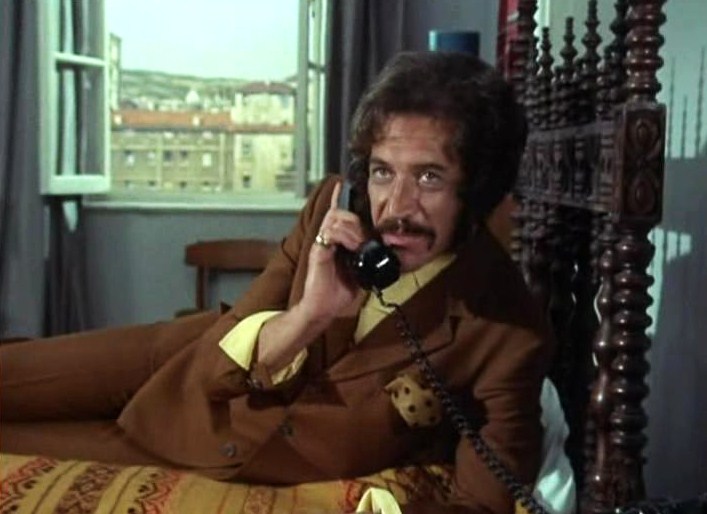 Tra La La, The Drainage Ditch is one of the Four Last Songs by elegantly-bouffanted sociopath Lothar Preen [above]. It is, for the majority of critics, the best of the quartet, a brain-numbing racket of melodic astringency with oompah thumping, over which a rich contralto voice sings words torn from the innermost depths of Preen’s creative being. There is also some yodelling, which rarely goes amiss, and reminds us that Preen often claimed to be channelling the spirit of Christopher Plummer in the film version of The Sound Of Music. Preen also claimed to be Swiss, which he patently was not, but that is a matter on which a quietus should be put.

It was long believed that Preen wrote the Four Last Songs in his deathbed, out on a balcony in the mountains, while in the final ravages of tuberculosis. New research shows that in fact he composed these towering pieces on horseback, while riding along various clifftop paths, and it was his horse that was tubercular. Armed with this knowledge, we can make much more sense of the second of the songs, Tra La Lee, Dennis Is Coughing Up Blood, Dennis, of course, being the name of Preen’s horse.

It was long believed, up until a few seconds ago, that Lothar Preen had a horse called Dennis. I believed this myself, but I have just received a message tapped out by a spirit medium which suggests that Preen’s clifftop journey was an elaborate fiction, that he had a goat rather than a horse, that the goat was penned in a goat-pen in a field behind his shack, and that he wrote the Four Last Songs while holed up in the back room of a rough tough seaside tavern while avoiding the bailiffs. This has the ring of truth, as Preen spent the best part of his life being pursued by bailiffs, sometimes across continents. It is not clear if the goat was called Dennis, and it would be interesting to know, but the rapping of the spirit medium ceased as suddenly as it had begun, and now the only sound I can hear is the eerie whistling of the wind in the pines, or possibly the larches. I cannot tell one tree from another. Nor could Lothar Preen, if we accept that the words of the third song, Tra La Loopy Loo, What The Hell Are Those Things Growing In The Orchard?, are autobiographical, as surely they must be.

One curious feature of the Four Last Songs which has exercised the brains of some of our finest musicologists is that there are only three of them. It has been proved, in a breathtakingly pompous essay by Van Der Voo, that Lothar Preen never even considered writing a fourth song in the set, so all those hours and days and weeks and months and years, good God, years, that people like me have spent rummaging in dustbins in Switzerland, hoping against hope to find a “lost” manuscript, have been a complete waste of time. Van Der Voo is a very arrogant man, with suspicious stains upon his bomber jacket, but his argument is watertight, and we must, all of us, bow to his superior wisdom, much as it rankles to do so. That is not the only thing that rankles, my word no!, but if I were to catalogue a full list of my ranklements you would lose patience, I fear, and put me down as a tiresome, complaining git. You would not be wrong.