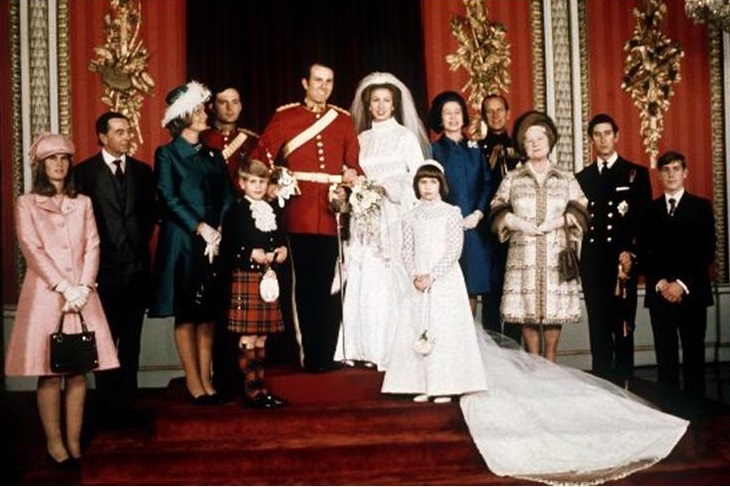 As well as the usual tiaras, diamonds and whatnot, Princess Anne received hundreds of gifts from ordinary members of the public. These included novelty handcuffs, some ‘futuristic crayon pictures’, a biro, to mention just a few of the best ones…

I’ve always liked a bloody good list, which is presumably why this particular book came into my possession. It’s a paperback, with a deep blue cover, just over 100 pages, and I cannot recall precisely how I acquired it, at some point in the mid-1980s. Not only is it a fine list, it is also an inadvertent comic masterpoece. The publisher was St James’s Palace and the full title is Marriage of Her Royal Highness The Princess Anne and Captain Mark Phillips 14 November 1973 : List of Wedding Presents.

In fact the book contains two lists, the “Royal Presents”, in order of the rank of the giver, from The Queen down to Prince and Princess Georg of Denmark, and the much longer “General List of Presents”, in no discernible order, listing 1,404 gifts from non-royal hoi polloi, everyone from the Soviet ambassador to the Bishop of Bristol to those semi-mythical figures, ordinary members of the public.

The Royal list is a treasure chest crammed with gold and silver, rubies and diamonds, tiaras and brooches, antique furnishings and jewel-encrusted gewgaws, though even here it’s pleasing to find a garden hammock (Princess Michael of Kent), two waste-paper bins (Colonel Sir Henry and The Lady May Abel Smith), and eight dozen coat hangers (Her Royal Highness Princess Margaretha and Mr John Ambler). It is in the general list, however, that the real treasures are to be found. Here is a selection:

And that’s just the first half of the list. A trawl through the second next week …