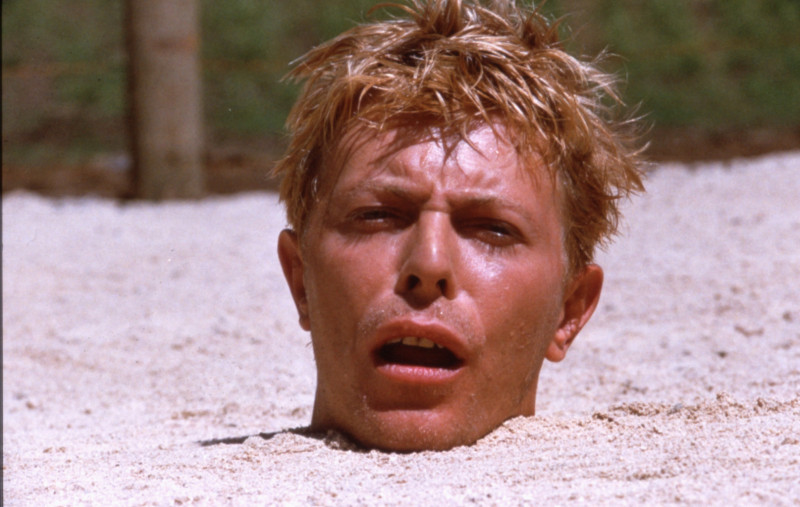 There is a fictional character named, somewhat foolishly, “Ziggy Stardust”, the creation of a one-time student of mime named David Bowie. Among the attributes of Mr Stardust, we are told that he is “like a leper messiah”. I wondered if there was a real, non-fictional leper messiah Mr Bowie had in mind, or, given that he uses the indefinite rather than the definite article, whether there might actually be several such messiahs, languishing in leper colonies across the globe. One way to find out would be to make a tour of leper colonies, where they still exist, in countries including India, China, Romania, Egypt, Nepal, Somalia, Liberia, Vietnam, and Japan.

Before planning such an arduous itinerary, I did some background reading on Mr Bowie, and I discovered that he had often expressed an interest in the last-named of those nations, Japan. Somewhere he spoke of being “under Japanese influence” and elsewhere of “pictures of Jap girls in synthesis”. I also learned that he had once been buried up to his neck when pretending to be an inmate of a Second World War Japanese prisoner of war camp [see above]. These clues were enough for me to dismiss any thought of travelling to India, China, Romania, Egypt, Nepal, Somalia, Liberia, or Vietnam, and to focus all my attention on the land of the rising sun. It seemed fairly clear that, if there were indeed one or more leper messiahs, they were almost certainly to be found in a Japanese leper colony.

Impatient to proceed with my quest, I jumped into a Japanese car and told the driver to take me to the airport. Instead, he drove me to a forest in the Japanese car, and left a hole in the back of my head, hiding in the foliage and peat. It was wet and I was losing my body heat. Mr Bowie spoke of his honour being at stake when he was under Japanese influence, but for me it was more a case of injured pride, or nearly. And to make matters worse, I was nowhere near Japan, nowhere near even the airport. What price now my important research into Japanese leper messiahs?

Anyway, stumbling through the foliage, I came upon some picnickers. Along with their hamper and rug and folding chairs and cans of wasp repellant, they had a cassette deck. It was playing poptones. I cocked an ear and listened carefully, hoping it might be one of Mr Bowie’s songs about Mr Stardust, but alas it was not.

“Good afternoon,” I said to the picnickers, or rather shouted, to make myself heard above the din of poptones, “This is something of a long shot, but I don’t suppose you all hail from a nearby leper colony?”

“Actually, we do,” said one, munching on a sausage. I was both pleased and surprised to note that he was of decidedly oriental appearance. Indeed, in spite of the rain, he was wearing a kimono.

“Wait a moment,” he said, “We shall have to ask permission.”

He pointed towards a tent which had been erected some yards away to the east.

“Our Almighty Lord and Master dwells within that tent,” he said, “We must seek his guidance in all things, including whether you may join us in our picnicking.” He swallowed another chunk of sausage.

Oh still my beating heart! Could it be that I had accidentally stumbled upon the leper messiah, picnicking in the British countryside?

“May I come into the tent with you?” I asked.

“I am afraid not,” said the Japanese picnic leper, “But you may wait at the tent flap.”

So I did, and quite against protocol I took the opportunity to peek inside. And I was astounded by what I saw. The leper messiah was not Japanese after all! There, in the gloom of the tent, I saw, dressed in scarlet and grey, sitting beside a telly, with his tiny hands on his tummy, chuckling away, a leprous, laughing gnome!