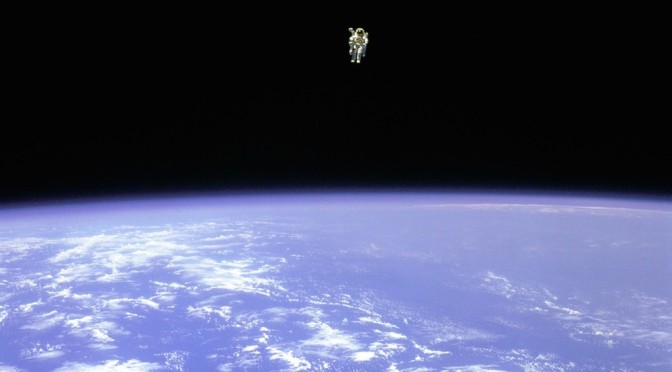 About fifteen years ago a colleague told me this story. He and a mate were walking down a New York street when a pop star in an open-topped car crawled past. It looked like John Taylor so, being young and having had a drink, they started singing Duran Duran songs, waving and dancing. The car moved on in the traffic before stopping at some lights. They caught up, walked alongside. The pop star turned to them and said, “I’m David Bowie, you c***s”.

The last few days have shown why Bowie was entitled to feel a little scornful of anyone who could confuse him with your common-or-garden pop star. Few figures from any walk of life could command such media coverage. But I don’t believe it’s all down to Bowie’s musical accomplishment, his influential image-making. For today’s Top Generation, the people that run the media at the moment – decide news running orders, front page headlines, commemorative documentaries, that sort of thing – Bowie represents more than a musician and more than a style icon.

The ‘60s through to the ‘90s was a period when a new popular culture came out on top. At the beginning, you had to work pretty hard to listen to the new music, to find the latest street fashions. By the end you had to work even harder to escape them. Bowie was a leader of what now looks like a cultural revolution and the foot soldiers run today’s post-pop media.

While he still lived you could pretend that the heroic era of rock and pop innovation happened only just yesterday. But nothing puts the seal on things as definitively as death. So reading the papers, watching the news, it’s no wonder a note of disorientation is present in the dismay: today’s Top Generation senses its mortality, that it won’t always be in touch with the new thing, own tomorrow’s world; that it too will be history one day and perhaps soon. And it’s particularly tough when youth was what it was all about.

The twentieth century seems to be floating off in a most peculiar way.

14 thoughts on “Floating off”