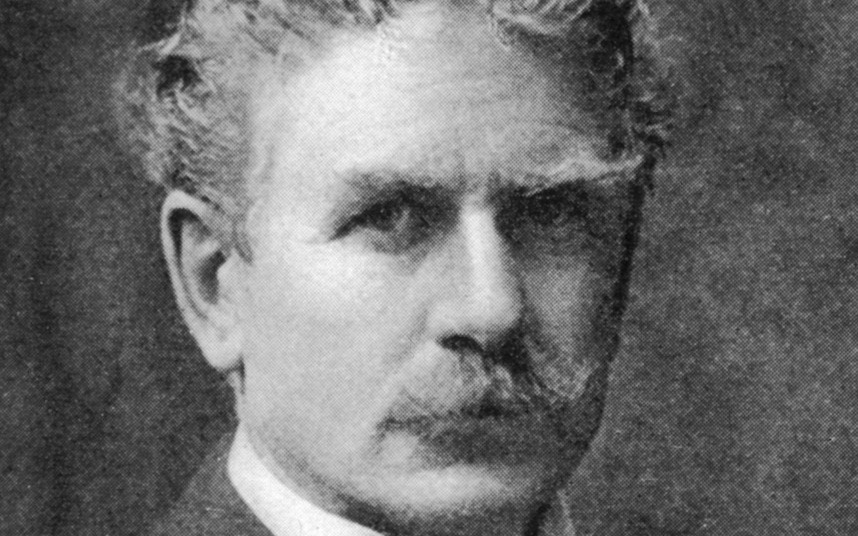 Ambrose Bierce was the most brutal book reviewer of his era. It’s probably just as well he never had to give his verdict on Oscar Wilde…

In his 1967 biography of Ambrose Bierce [above], Richard O’Connor noted that the “chore” of book-reviewing hackwork “unleashed [Bierce’s] most savage energies”. We are given two fine examples.

In one case, Bierce simply copied out a paragraph from the novel under review as an example of “hopelessly bad writing”:

She remained inactive in his embrace for a considerable period, then modestly disengaging herself looked him full in the countenance and signified a desire for self-communion. By love’s instinct he divined her purpose – she wanted to consider his proposal apart from the influence of the glamour of his personal presence. With the innate tact of a truly genteel nature he bade her good evening in French, and with measured tread paced away into the gathering gloom.

Another of Bierce’s book reviews was limited to a single sentence:

The covers of this book are too far apart.

Unfortunately O’Connor does not identify either of the books.

Had Oscar Wilde’s The Picture Of Dorian Gray landed on his desk, one wonders if Bierce’s vituperation could have matched that of several contemporary reviews.

The Scots Observer – If Mr Wilde can write for none but outlawed noblemen and perverted telegraph boys, the sooner he takes to tailoring (or some other decent trade) the better for his own reputation and the public’s morals.

The Daily Chronicle – This is a tale spawned from the leprous literature of the French decadents – a poisonous book, the atmosphere of which is heavy with mephitic odours of moral and spiritual putrefaction.

The Athenaeum – The book is unmanly, sickening, vicious and tedious.

‘Paterfamilias’ in Uplift – I would rather give my daughter a dose of prussic acid than allow her to read this book.

2 thoughts on “‘Unmanly, sickening, vicious and tedious’ – or, How the Victorians did book reviews”