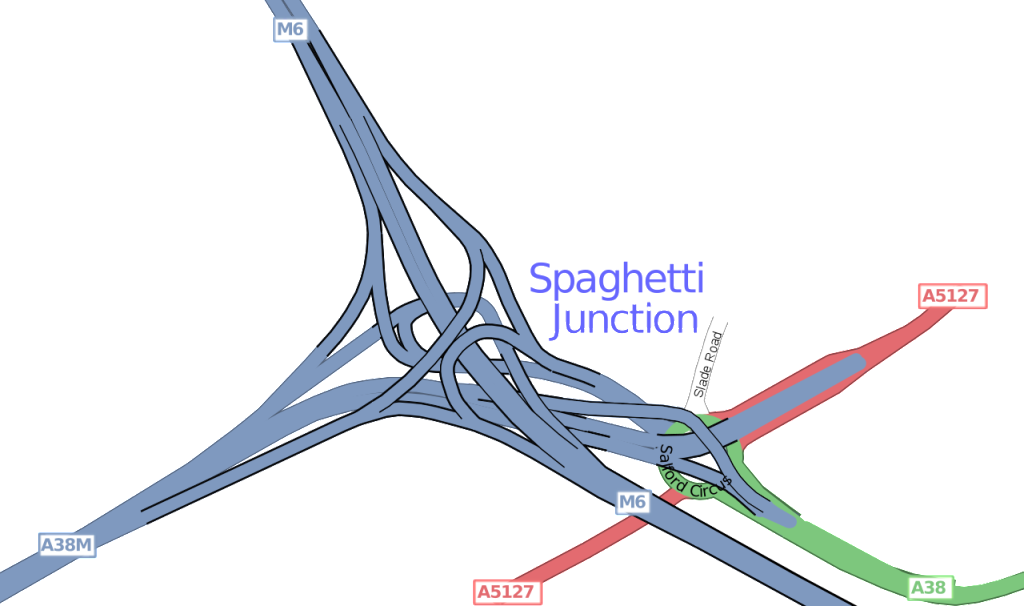 Interested in roads and road signs? Then you might just be a Roadgeek. Read on to find out if you qualify to join this exclusive tribe in today’s weird Wikipedia article from the Wikiworm…

A roadgeek is an individual with an interest in roads, and especially going on road trips, as a hobby. A person with such an interest is also referred to as a road enthusiast, road buff, roadfan or Roads Scholar, the latter being a play on the term Rhodes Scholar.

Roadgeeks view their interest as an appreciation of engineering and planning feats:

We’re interested in all the effort that goes into making roads. The railways in this country get an awful lot of press as great engineering achievements. Roads aren’t seen in that way, but it wasn’t always so. In the 1950s and 1960s they were part of a brave new era. Back then it was something to get excited about. They actually put people on buses and drove up and down them to have a look… The numbering zones for A-roads in Great Britain

However roadgeeks are not necessarily interested in motor vehicles; there may also be an interest in cartography and map design. Enthusiasts may focus on a single activity related to roads, such as driving the full length of the highway system in a specific area, researching the history, planning and quirks of a particular road or national highway system. They are occasionally quoted in the press on topics related to the history of roads. Sometimes, road geeks are called “highway historians” for the knowledge and interests.

Even the numbering system can be a subject of deep interest, as Joe Moran describes in his book “On Roads: A Hidden History”:

On the online discussion forum of SABRE, the Society for All British Road Enthusiasts” (sic), the 1400-odd Sabristi often debate about where the M25 starts and whether it is correctly numbered, or why the motorway from Carlisle to Glasgow is called both the M74 and the A74(M). In road-numbering lore, the absence of pattern—the discovery that there are so many exceptions to rules that the rules might as well not exists—only seems to revivify the search for inner mysteries. Road buffs talk in reverential tones about “David Craig Numbers” – the elegant theory, named after the man who proposed it, that three digit numbers derive from the roads they connect.

In 2002, the St. Louis Post-Dispatch reported that road enthusiasm was an Internet phenomenon. There is a Usenet newsgroup, misc.transport.road, where participants discuss all facets of roads and road trips from “construction projects to quirks and inconsistencies in signage”. Tese individuals who anticipated each Rand McNally road atlas release each year found a community of others online who were also interested in roads as a hobby. These communities of people could share photos, swap their thoughts on the highways in their areas and “debate the finer points of interchange design.”

Started in 1999, the Society for All British and Irish Road Enthusiasts (SABRE), originally known as “Study and Appreciation of the British Roads Experience”, is one of the larger and most prominent communities of road enthusiasts online. The organization hosts a large collection of articles and histories of particular roads and terminology, online photo galleries, discussion forums, and an application to overlay and compare historical roadmaps. Although SABRE is primarily an online group, members organize group tours to visit sites of interest.