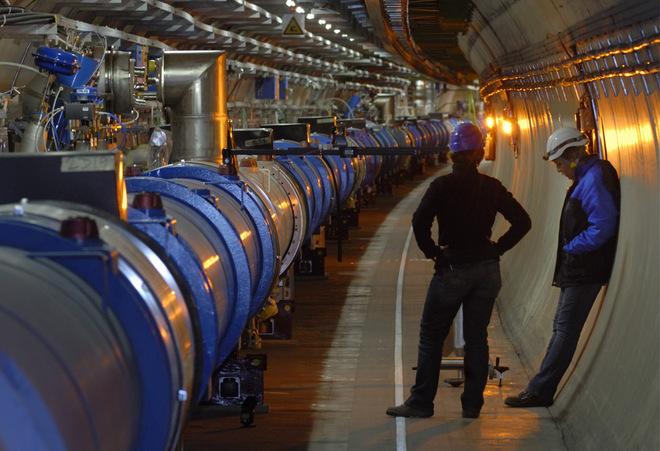 What the scientists won’t tell you is that a far more scientifically-important Boson than Higgs’s has already been discovered. Frank explains, in layman’s terms..

Frankly, I am at a loss to understand all this pother about the Higgs boson. Don’t get me wrong, I am not in the least perplexed by the science. That was comprehensively explained to me in five minutes on Channel 4 News through the medium of snooker balls on a snooker table. I very much doubt you could tell me one teeny weeny fact about particle physics that I do not already know. No, what baffles me is why there is such a media fandango about the Higgs boson when boffins have been aware for many years of a much, much more important weird tiny particle. This is the Key boson, which I am happy to say is named after me.

The best way to explain it to the scientifically ignorant, i.e. you lot, and in the absence of a snooker table and balls, is to recall the final line of W. E. Henley’s Invictus (1875) – “I am the captain of my soul”. This we can paraphrase as “I am the bo’sun of my brain”. The Key boson, then, is the weird tiny particle lodged within my brain that makes everything tick. I have used the image of the bo’sun in this analogy not only because it is a near homophone of boson, but because whereas you will scratch your head in bewilderment wondering what in the name of heaven a boson is, everybody is familiar with the bo’sun. Well, everybody who has a smattering of interest in great big sailing ships. I expect that is roughly the same number of people who have any interest in snooker.

To get some idea how weird and tiny the Key boson is, consider the brain of a lobster. This is about the size of the tip of a ballpoint pen. What a remarkable thought, incidentally, and it leads to one of my favourite brain-teasers, to wit, how many lobsters equal Alain de Botton? Anyway, one of the boffins who discovered the Key boson calculated that you could fit untold billions of them inside the brain of a lobster. Several other boffins pooh-poohed this, so to prove them wrong, he removed the boson from my brain and placed it in a Petri dish, and did some kind of Frankensteiny experiment, during a thunderstorm, with a hunchbacked assistant named Mungo, to grow billions more. Then he began cramming them into the brain of a lab lobster. He has been stuffing them in for years and years, and still there is room for more.

One of these days I would like my boson back. Until then, I shall just have to sit slumped in front of Channel 4 News, dribbling, and watching snooker balls ricocheting around a snooker table.

2 thoughts on “The Key Boson”