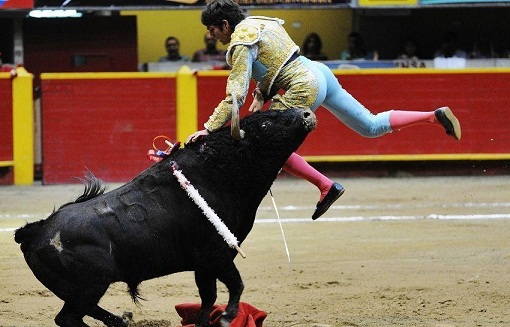 Arrogance, duplicitousness, treachery, sexual corruption and the tip-toeing gait of the flamenco dancer – Jonathon Green continues his series on English linguistic xenophobia with a visit to Spain…

Sport being a locked room for which I have not the slightest interest in obtaining a key, my only comment vis-à-vis a recent footballing encounter is that my disappointment at the result stems simply from a preference for pasta over paella. That a trip to Barcelona climaxed in the appearance in my wife of symptoms that would be diagnosed as cancer, whereas in Naples we were merely mugged is of secondary resonance. The cancer has long since retreated, and we won the tussle for the disputed bag.

Slang, as we know, has no time for the Italians; the counter-language is no more partial to those who dwell at the westerly extreme of the Mediterranean. It is pretty unimpressed by all Hispanics, but the range of terms based on ‘Mexican’, let alone those based on the equation the denizens of that country with the consumption of beans, must be left for another time.

Setting aside the Spanish Civil War, when one had the choice of two versions, the last time Brits upped arms against Spaniards was the battle of Trafalgar at which the Spanish were pro-French but by the time Wellington commenced his Peninsular Campaign of 1807-14 we were all good pals. And hi jinks on the Costa del Crime and Ibiza notwithstanding, remain so.

No matter. It’s yer Armada, innit; yer Armada. Francis Drake and all that. Richard Grenville, fluttering pinnaces. Yes, another national enemy. Spanish, at least in slang, denotes arrogance, duplicitousness, treachery and sexual corruption. Pits, pendulums, penitentes. Like all foreigners, a dirty lot. The French retain pride of place but c.1600 Spanish buttons were syphilitic sores while the Spanish gout or Spanish needle was the disease itself. As was the equally Spanish pox or pip, in non-xenophobic terms ‘a disease of poultry and other birds, characterized by the secretion of a thick mucus in the mouth and throat, often with the formation of a white scale on the tip of the tongue.’ And never forget the Scarlet Woman. One senses pervasive piety behind the Spanish trick, missionary position intercourse (Italian tricks coming from quite another angle) and the Spanish padlock, a chastity belt. In the taxonomy of sexual services, the girl who offers her customer Spanish is giving him the chance of ejaculating between her breasts. (Sadly, the etymology remains unattributed). A condom, however rarely, has been a Spanish letter. More recently one finds the Spanish cure, more religiosity perhaps, which represents a treatment for drug addiction based simply on enforced abstinence. The Spanish faggot was the sun, tipping its hat to the faggots, or pieces of kindling wood that were lit to make an Inquisition’s auto da fe. and some claim that the subjects of those burnings included homosexuals, and the faggots, by metonymy turned into a term for gay men.

Like the sun, the faggots – real or metonymized – burn, and the puns keep coming. The  Spanish archer (or Spanish fiddle) plays on the cod Spanish ‘el bow’, that is,  ‘elbow’ and thus dismissal or rejection. The Spanish or king of Spain’s trumpeter, i.e. ‘Don Key’ was a braying donkey. The Spanish athlete, a braggart and boaster, ‘throws the bull’. The Caribbean’s Spanish machete is a hypocrite; the reference is to a machete found on Spanish-colonised islands; it has a two-sided blade and thus ‘cuts both ways’. Duplicity also underpins Spanish coin, stereotyping  the Spanish as impeccably courteous but deeply untrustworthy, and with which one ‘pays’ empty compliments and meaningless courtesies.

The Spanish worm, kneejerk antagonism meets DIY, once described a nail found embedded in a piece of wood that one is sawing; Spanish time is one more version of those phrases that denote the innate lethargy of those who lack the Anglo-Saxon’s obsessive observance of the clock. America’s Spanish walk was a constrained style of walking assumed, willy-nilly, by those who are being ejected from a bar or saloon. Its origin may come from the way Spanish pirates supposedly forced their prisoners to walk on tiptoes while they were held by the scruff of the neck, or the tip-toeing gait of flamenco dancers.

Food, as is ever the way in national derogation, plays its part. Alongside the rest of their literally foul-mouthed Latin cousins the Spanish are of course garlic-eaters; turning to alcohol the same cultural group are also grape-squashers. The Spanish supper is no supper at all or at least very little; the Spanish tummy is the local variation on tourist-afflicting stomach upsets.  The fig of Spain, is not, however, a fruit but a coarse gesture of dismissal whereby one sticks one’s thumb up between the first and middle fingers; like Italy’s use of fica, the ‘fig’ denotes the vagina. The Spanish onion brings in rhyming slang, and means a bunion. Its peers include the Spanish waiter, a ‘pertater’, the Spanish guitar, a cigar, the Spanish main, a drain and France and Spain, the rain. Both king and lady of Spain mean variously planes, trains and, again, rain.

Oil slick, which also means a ‘Grik’, stands for spick, which started off in Central America as spiggoty and mocks those lesser breeds who ‘no spicka da Eengleesh’, though its occasional application to Italians may refer to their usual stereotype: spaghetti.

Italians have also claimed a piece of dago  (thus semi-justifying Texas collegiate use of  the word to mean macaroni), but dago has meant Spaniard since the 16th century and along with don, provides the original forms of attack. The word comes from the given name Diego, the equivalent of James. (The Italian equivalent being wholly different: Giacomo.) Dago can be used for Mexicans, Puerto Ricans and South Americans. It can also be tossed at Maoris, a New Zealandism that defeats this writer (although I fear the inference may be skin tone). The word gives dagoland, anywhere other than white, Anglo-Saxon countries (including the Far East), dago town, the Italian, Mexican or Puerto Rican area of a US conurbation and dago red which was originally the cheap, home-produced red wine made by Italian families and merchandised, during Prohibition, by Italian gangsters and latterly any form of rotgut. He was also the chaplain in M*A*S*H.

After the dago, the don, or even don diego. The don has come to signify gang bosses – whether Italian or Caribbean – but the original 17th century use, from the Spanish honorific Don, meant a Spaniard; thence – perhaps through gritted teeth – a clever or outstanding person, a leader. Self-regarding Oxbridge adopted this latter definition for their senior members. Finally the old Spanish custom, a phrase used to justify a practice, usually in the workplace, that would otherwise be condemned or long abandoned had it not been established over a long period. The usage dates to the 1930s – there was ever a movie, but somewhat more romantic – and its last big airing was in the last days of the British print unions. What the custom was remains unknown. Partridge mentions the parallel old Belgian custom, which puns on ‘belching’ and is used as an excuse for doing so. Another pun here perhaps? If so, it’s long lost.