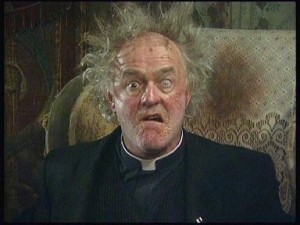 O for a beaker full of the warm South
Full of the true, the blushful Hippocrene,
With beaded bubbles winking at the brim,
And purple-stained mouth

If Dabblers have a fault it is, I fear, refinement. A certain facility to appreciate the world’s excellence and, almost instinctively, to sidestep its disappointments.  You could, I suppose, call it taste. I refer specifically to the world of Dabbler drink. The decade-matured single malt and its purpose-honed vessel, the gourmet beer, even the gin whose very labels are affixed by the labial caress of young women bearing multiply hyphenated surnames and addresses in the better parts of London SW.

But this is slang. Refinement is absent from its lexis. Slang is after all the gutter tongue and as far as drink is concerned, likes it rough. If, inebriated beyond coherence (although never beyond synonym), it fails to fall into that gutter it is because it already lives there. And to quash the fantasies of those who would believe that slang, prostrate amidst the garbage, is gazing hopefully at the stars, forget it. Like a tramp I encounter daily athwart the pavement near my flat, slang is merely leering beneath the skirts of passing women.

The tone is lowered, refinement a far-off chimera. Let us talk slang’s tipple of choice, the blue, the blushful cru argotois, let us talk meths.

And let us not mock Keats.  His ode got two things spot-on: the geography and, or nearly,  the colour. Because while the chilly north, i.e. the UK, seems reticent in its naming of this ethanol/methanol mix, the warm and Southern lands of Australia, New Zealand and South Africa, are far more creative. And denatured alcohol, its official name, is very often purple, or at least a variety of muted violet.

Australasia’s contribution is marked upon its own map.  There is bush champagne, defined as a pannikin of methylated spirits mixed with river water and a spoonful of sal volatile (the latter being better known as smelling salts). An alternative is the similarly constituted Northern Territory champagne. The salts give it that larky fizz. There is bidgee, from the Murrumbidgee River, and presumably those drunkards who frequent its banks, and the urban Fitzroy cocktail, celebrating a suburb of Melbourne. Decant methylated spirits as preferred, and add some form of mixer to mediate the taste. Meths could also be round the world for a dollar, with alternative sums listed as threepence, fourpence or ninepence. In all cases the ‘trip’ was provoked by meths, or a very cheap but almost equally potent wine.

Other terms from the lucky country have included Jessie’s Dream and Johnny Gee. Jesse is lost to etymologists but Johnny is seen as ‘gee-ing up’ the drinker. So too does jumpabout. Then there has been fix bayonets, a New Zealand term from World War I, a meths and orange mix used as a form of Dutch courage; lunatic soup or broth; World War II’s fong or fong-eye, underpinned perhaps by Australia’s on-going terror of the so-called Yellow Peril. Goom is attributed to the Jagara language of Queensland, in which goom, less intoxicatingly, means simply water; bombo, which can be meths or cheap wine or a combination of the two,  ‘knocks one out’ although one might note standard English bumbo, ‘a liquor composed of rum, sugar, water and nutmeg.’ Atom-bombo simply puns. The white lady, otherwise a cocktail composed  of two parts of dry gin, one of orange liqueur and one of lemon juice, can also, context permitting, be plain meths as well. Steam is another meths-and-wine cocktail, while steamboats rejects the wine and adds tea – Chinese, Indian or even Australia’s own post-and-rail –to the ethanol base.

South Africa’s standout term is vlam, from the Afrikaans for flame, but there are a variety of others: ai-ai (a mispronunciation of  ‘A.A.’ or absolute alcohol), queer stuff, mix, fly machine (presumably from the effect of the drink ) and speed trap. The meths drinker is a spiritsuiper, literally a ‘spirit swiller’. But if these are relatively few, the country makes up with its accentuation of colour.

There is bloutrein (sometimes Englished as blue train), a dubious tribute to the Blue Train, a luxury passenger train running between Cape Town and Pretoria; those who drink meths are seen as boarding the ‘fast train’ to death. Slower but considered equally sure is blouperd, using Afrikaans perd, a horse. There is blue ocean and die blou, i.e. the blue. There is also, from New Zealand, the blue lady and from Australia pink-eye. Red biddy, usually equated with cheap wine and also found as red lizzie, can also be meths, as noted inter various alia by Joyce in Finnegans Wake when he mentions one Treacle Tom who ‘slept in a nude state, hailfellow with meth […] blotto with divers tots of hell fire, red biddy, bull dog, blue ruin and creeping jenny’.

Red biddy is omnipresent and we must not restrict meths and its drinkers to the Southern hemisphere. There is of course the simple meths itself, otherwise meth (not to be confused with über-speed methedrine) and metha. There is Ireland’s blow or blowhard, and chat, all apparently from the garrulousness that meths drinking can promote. Feke, meaning fake, and thus representing ‘fake alcohol’, was a favourite of the Thirties; drinkers usually added it to beer. If the meths was diluted with water it was known as milk, since the pure alcohol became cloudy.

America’s best known synonym is canned heat, or the proprietary Sterno (as in the original ‘Sterno-Inferno’ alcohol burner); its drinkers were the canned heater and canned-heat stiff. Jack is another US term and has been extended to cover a variety of illicitly distilled liquors, e.g. tater jack (potatoes), prune jack  and raisin jack. There is also jake, which doubled as Jamaica ginger, an alcoholic but still legal high much favoured during Prohibition. The legs of habitual consumers became paralysed, leaving them jakelegged.  Finally, fittingly, there is finish. Which, so it would appear, does to the drinker exactly what it promises on the label.

4 thoughts on “Listing from Port”