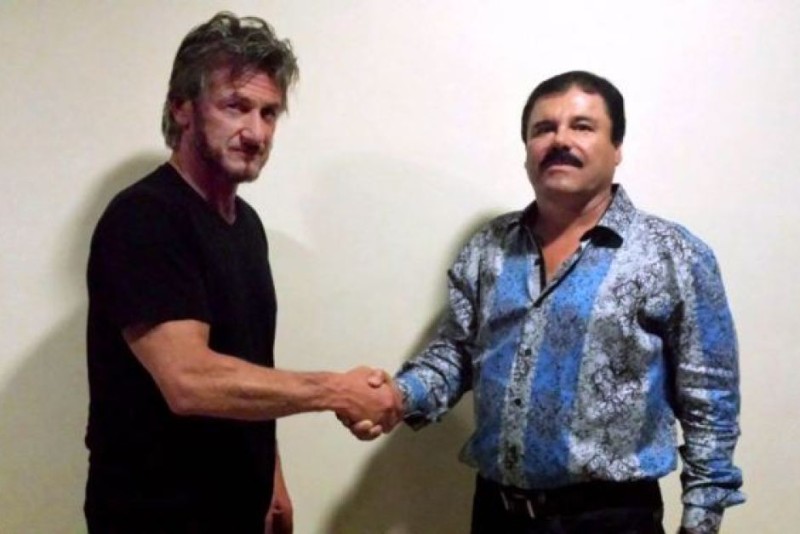 Many Dabbler readers will be aware that there was a bit of a hoo-hah the other week about actor Sean Penn’s clandestine interview with fugitive Mexican drug baron and multiple murderer Joaquin “El Chapo” Guzman.

Fewer will have attempted to read the resulting article in Rolling Stone, and of those who did almost none will have made it to the end. Penn’s writing style defies succinct description, but I’ll settle for ‘dense’ (in every sense of the word).

Penn claims to be disappointed that the article ‘failed’, in that it didn’t ‘spark debate about what he described as Americans’ moral complicity in the country’s drug-related street violence’.

But if that is so, I feel he must take some of the responsibility for it himself. There is quite a lot of distracting detail in the piece, which – in my view at least – tends to obscure whatever socio-political point Penn wishes to make.

I step from plane to earth, ever so slightly sobering my bearings, and move toward the beckoning waves of waiting drivers. I throw my satchel into the open back of one of the SUVs, and lumber over to the tree line to take a piss. Dick in hand, I do consider it among my body parts vulnerable to the knives of irrational narco types, and take a fond last look, before tucking it back into my pants.

A fascinating insight into Penn’s psychological relationship with his own organ, no doubt, but it has taken several dozen paragraphs to get to it, and we still haven’t even met El Chapo yet.

The problem here, it eventually dawns on the reader, is that Penn is under the impression that what the world wants from him is a piece of gonzo journalism in the style of Hunter S. Thompson, where a narrative about the author himself is given equal prominence to the nominal subject of the piece.

How else to explain the following aside?

In a narrow, dark passage between ours and an adjacent bungalow, Chapo puts his arm over my shoulder and renews his request that I see him in eight days. “I’ll be saying goodbye now,” he says. At this moment, I expel a minor traveler’s flatulence (sorry), and with it, I experience the same chivalry he’d offered when putting Kate to bed, as he pretends not to notice. We escape its subtle brume, and I join my colleagues inside the bungalow.

If it’s not a stab at gonzo, I can only think that ‘Sean Penn’s Subtle Brume’ is a spicy new eau de cologne, in the stores for Christmas 2016, and he’s getting in an early plug.