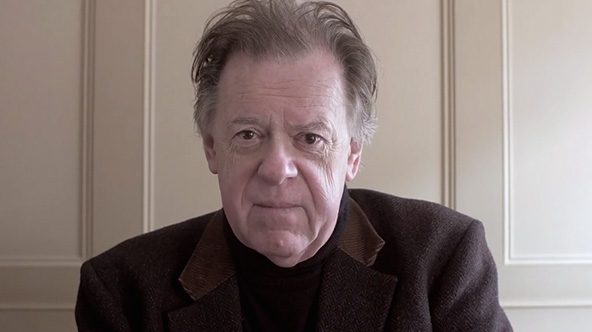 Jonathan Meades – once described by Marco Pierre-White as ‘the best amateur chef in the world’ –  is currently raising funds on Unbound for a new cookbook – or perhaps an anti-cookbook.

Called The Plagiarist in the Kitchen, it will contain 125 recipes and also be a paean to the importance of avoiding culinary originality. Everything in it will be entirely lifted, and will therefore be good. As an example, here’s Jonathan on ‘Elephant Gratin’…

“Copy anyone but never copy yourself.” Picasso did not of course heed his own advice. Self-plagiarism is probably the most common form of plagiarism. The perpetrator fails to notice – for this or that tic has become a habit, an unacknowledged signature. Equally likely he hopes the world won’t notice it. After all, it’s just about not straying from one’s familiar territory… Maybe comfort zones should be razed to the ground. The dedicated plagiarist should have no familiar territory of his own. Cuckoos do not favour one species’s nest and young over another’s. A jay’s chicks taste little different to a chough’s. The plagiarist should steal indiscriminately.

The Elephant earned his nickname at school in the further East End because of his exceptional clumsiness. This might be a bit of a calumny on elephants who are actually nimble creatures.

I confidently recalled that the dish which now bears his name was nicked word for word from Mastering The Art of French Cooking (MAFC)… Save that it turns out not to have been: the nearest thing in that magisterial and essential book is a gratin of potatoes, onions, anchovies, eggs and cream – evidently a relation of the Swedish Jansson’s Temptation which, properly, uses sprats rather than anchovies. It’s not that near. So where did Elephant Gratin come from? My mother used to make it but she’s not around to ask. Still I’d swear on her grave that she ascribed it to MAFC. Happily, she has no grave: her ashes were thrown into the river Nadder at its confluence with the Hampshire Avon. My then girlfriend Christine Wood suggests that it was an amalgam of the MAFC recipe and Jane Grigson’s recipe for Pissaladière. But cream? And tomato in a pissaladiere?

My fear is that Christine or I or both of us invented it. Which is hardly the behaviour of a plagiarist.

It is equally good, maybe even better, served cold. The Elephant, who was staying because he was between flats, concurred. One evening I made an inordinate quantity of it for a party of ten people the following evening. In the morning I wandered into the kitchen to make coffee. The roasting tin was empty save for a few drops of oil, a smear of tomato and a tide mark of potato crust. The Elephant was unabashed. He had been very hungry. He considered it the far side of delicious. I failed to accept his compliments with good grace.

Jonathan Meades is a writer, journalist, essayist and film-maker. You can find out more about his books, television programmes and other work at jonathanmeades.co.uk.

2 thoughts on “The Plagiarist in the Kitchen: Elephant Gratin”