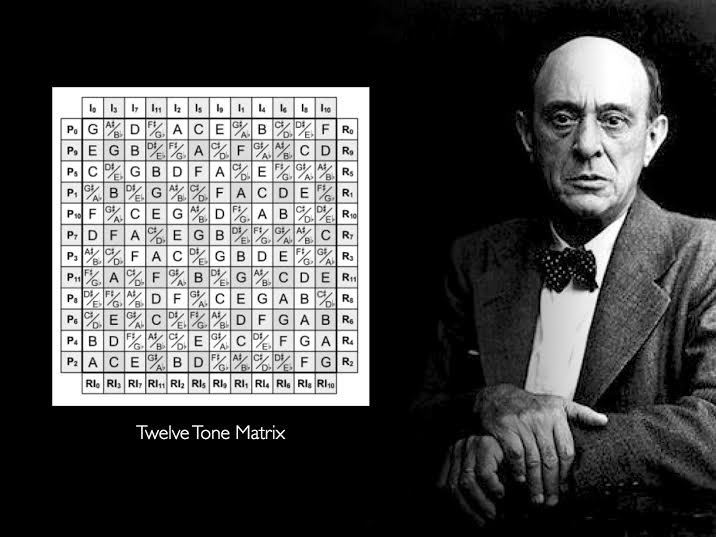 This week Mahlerman considers musicology, and the difference between knowledge of music, and mere knowledge about music…

Most Dabblers will know that when a sociologist goes to a strip-club, he watches the audience. Similarly, as the great Lancastrian Sir Thomas Beecham reminded us, a musicologist can write music but he can’t hear it – and it is true that most of their dissertations are as dry as parchment. They amuse themselves, and burden us, with questions such as what is the language of music? What, if anything, does music express? What is the nature of absolute pitch? And these are some of the more interesting questions.

The best exposition I read was that of the great Austrian musicologist (he hated the term) Hans Keller who lived most of his life in England. Keller made a fundamental distinction between knowledge of music, and mere knowledge about music, claiming that anybody of modest intelligence can acquire knowledge about music, as it is the simple accumulation of details that gives ‘musicologists’ their purpose in life – similar to stamp collectors or, at that time (the 1960’s), train spotters. In short, you don’t have to be particularly musical to become a musicologist – think Simon Cowell or Louis Walsh. Knowledge of music was, however, a radically different matter, and involved a deeply instinctive relationship with the music itself. Today we look at a handful of train-spotters that went on to develop a relationship with music that was as natural as that of a fish with water, or a bird with the air.

I have always struggled to squeeze even a drop of pleasure out of the music of Nikolai Andreivitch Rimsky-Korsakov. It seems to me that beneath the orchestral mastery, which is undeniable, there is an inner coldness which is decorative and ingenious rather than heartfelt – think Prokofiev. This lack of real feeling stems, I’m sure, from his amateur origins as a member of the famous ‘five’. Rimsky was a naval officer; Mussorgsky was first a guardsman, then a civil servant (and later a drunk); Borodin was a chemist; Cui was an engineer. Even Balakirev, the leader of the group and, like Rimsky, a great theorist along his own lines, lacked a systematic training. But, after a slow start, by dint of sheer hard work, Rimsky made himself into a near legendary Nationalist composer and writer (his Textbook of Instrumentation is still authoritative). The symphonic suite Sheherazade is a staple in the concert hall, as is the lively Spanish Caprice, Capriccio Espagnol, that most famous of ersatz-Spanish music. Here, Valery Gergiev, conducting with what looks like a tooth-pick, leads the Kirov Orchestra of the Mariinsky Theater.

When Arnold Schoenberg died on July 13th 1951 (he was a famous triskaidekaphobe), the critical opprobrium he had suffered since breaking from the high romanticism of his early years had moderated only slightly. The ‘method of composing with twelve tones’ he had worked out, and by the 1920’s he had started to employ it.  It is true that, for many, his name will always be inextricably linked with serialism and the so-called Second Viennese School, but being a revolutionary doesn’t pay well, if at all, and like many of his kind he taught, to make ends meet. And he wrote of music throughout his life, from the published Theory of Harmony in 1911, to theoretical texts on Counterpoint, Instrumentation and Performance.

Anybody doubting the genius of this often puzzling figure should perhaps listen to the first part Adagio of his Chamber Symphony No 2, begun in 1909 but not completed until the start of the war in 1939 in America, where the Jewish composer and his family had settled after fleeing the rise of the Nazis. Listening to this marvellous work we are reminded that although we think of Schoenberg as an arch-modernist, when he was born in Vienna Brahms, Wagner, Bruckner and Strauss were still alive, and Mahler was virtually unknown.

If anybody were to ask the rather facile question ‘How can I become a composer?’, I would suggest that they could do worse than study the musical ‘system’ of the great German composer and pedagogue Paul Hindemith, set down in a number of books and writings, the most notable being the three-part ‘Craft of Musical Composition’. Most of what they would need is contained in this huge work. And it could be argued that with perhaps the single exception of Igor Stravinsky nobody, at least in the first half of the 20th Century, exerted a wider influence upon contemporary music than this donnish, cerebral German who, apart from being a virtuoso on viola, could play every other instrument in the modern symphony orchestra. In the mid 1930’s he employed most of those instruments in his surpassingly beautiful ‘symphony’ Mathis der Maler, drawn from his opera of the same name, based on the life of the painter Matthais Grunewald. From this great work, the deeply affecting second movement Grablegung (Entombment) is based upon the panel in Grunewald’s Isenheim altarpiece that depicts the crucified Jesus being laid out in the tomb.

Finally, a treat. I had read about the death of George Perle a few years ago, and all I knew about the man was that he had ‘invented’ his own 12 tone system of composition, as he found Schoenberg’s too limiting; Perle wanted to use all the notes of the scale, something already attempted by Debussy, Prokofiev and Scriabin. He wrote two books on serial composition, and late in his life a two-volume work on the operas of Alban Berg. The music he produced was mainly for solo piano, and there is a body of chamber music and a few pieces for orchestra. Dabblers can enjoy one of these here, the Adagio for Orchestra (1992). Perle died in 2009, and May 6th this year would have been his one-hundredth birthday. A belated Happy Birthday George – you didn’t write much music, and most of what you did write lies unperformed, but the Dabbler has unearthed this little gem.