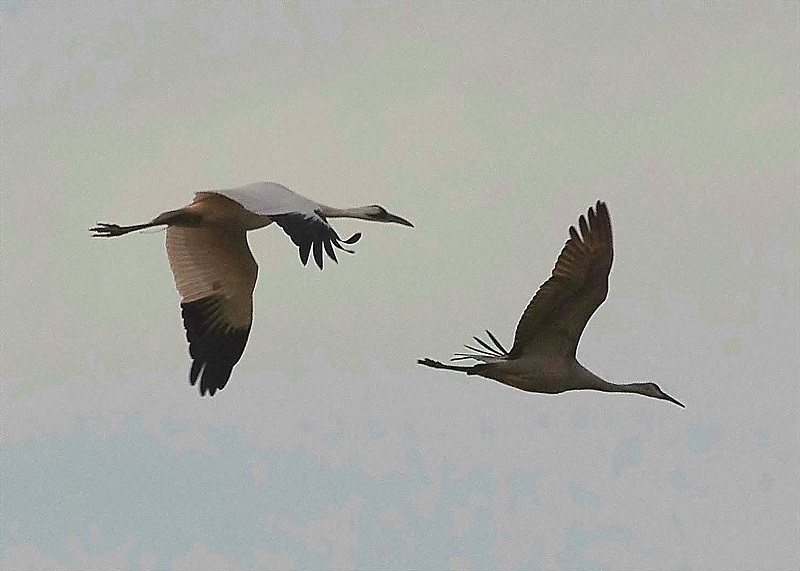 From his base in Andalucia (aka Eastenders-on-Sea), Mahlerman’s thoughts turn to birdsong and its influence on great music…

Close to where I live in London, the gentrification of the old East End continues apace, and if Doug and Dinsdale Piranha were spreading their reign of terror today, they would discover that the clip-joints, billiard halls and night clubs that were their natural habitat, are now populated by designers and media-types, iPadded-up and going about their business.  But in truth the Piranhas would already have moved out here to the Costa del Crime, where you can still nail somebody’s head to a coffee table if they have transgressed the unwritten law, and no questions will be asked.  No Cartesian Dualism here.

Andalucia.  Fifteen years ago I bought a place here, and I’ve been enjoying it ever since.  I live in a small Brookside-type close, next to a delightful retired scrap-metal dealer and his charming wife.  The bad stuff is going on all around us, but very little of it seems to percolate down (or is it up?) to us.  The deserted beach is just a two minute walk from my front door, and when I stand on it looking across to Gibraltar and the Atlas Mountains of Africa, I only have to lower my eyes slightly to notice the used condoms and human waste, washing up next to my feet.  Yes, this is as close to Paradise as I’m going to get.

The good bits are almost too numerous.  Anybody living in London will never know silence; here the quietude is tangible.  Night-time light pollution is almost totally absent; most nights I can see Pleiades or the Andromeda Galaxy quite clearly.  The climate is better than anywhere a couple of hours from Gatwick, and the air is a heady mixture of jasmine and ozone.  And the best treats, like the sun, are free; the birds.

A few days ago, sitting in the garden wondering whether we would be dragged over the fiscal cliff, I was joined by the little beauty pictured above; a Hoopoe.  They are not particularly rare around here – most days I see one or two – and there are other exotica in abundant numbers: Golden Oriole, Peregrine Falcon, Osprey and Kite.  And naturally I remembered that back in the summer of 2011, I posted a piece on the influence of birds in the world of music, dragging a few of the usual suspects into the final frame – a lark heading upward, and a nightingale, pre-recorded, singing his (it is always the male) heart out in the middle of a symphony orchestra.  Here are a few more that may lift your heart and put a spring in your step.

The great Finn Jean Sibelius for me stands alone.  He is one of the very few composers who enjoy both popular and intellectual esteem in almost equal measure.  And although the view could be challenged, I would go as far as to say that he is the most important symphonic writer since Beethoven, the loss of any part of any one of his seven symphonies being an unimaginable thought.  I struggle to explain it in the limited space available but, for me, his music always seems to exist in three dimensions, not the more common one or two.  This is also true in his popular tone poems and incidental music – there is always evidence of a continuity and constructive ability that is unparalleled in musical literature, before or since.  This complex man, silent for the last thirty years of his life, a very heavy drinker (the final page of his diary in 1944 contains a shopping list for champagne, cognac and gin), but a man who never lost his love of the natural world, and the snowy wastes of the Finnish landscape.  Cranes in particular fascinated him, and when writing the mighty fifth symphony he noted in his diary ‘their cries echo through my being’.  Three days before he died the Cranes duly appeared, and he told his wife ‘Here they come, the birds of my youth!’  One of them broke from the flock, circled the house, cried out, and flew away.  The six movement incidental music to Kuolema (Death), a drama written by his brother-in-law Arvid Jarnefelt, contains the famous Valse Triste and this sad, limpid nod to the birds of his youth.

Following Sibelius, for a Finn, is not a task you would wish upon any artist.  Einojuhani Rautavaara, born in 1928 and still with us, has a strong claim to be the natural successor, with eight symphonies written, and a mass of incidental and choral music awaiting discovery.  In 1972 he wrote the Concerto for Birds and Orchestra as Cantus Arcticus.  It uses pre-recorded tapes of Arctic birds, and links and intertwines the orchestral lines in a loose dialogue with the haunting sounds of these distant creatures.  Here, the second movement Melancholy features a slowed-down recording of a Shore Lark.  In the third movement Swans Migrating, we hear Whooper Swans creating a vast surge as they arrive, with a slide into silence as they vanish over the distant horizon.  Quite magical.

The Spanish composer Enrique Granados could easily have been included in an earlier Lazy Sunday featuring composers who died before their time.  Five years after he wrote Goyescas, the marvellous piano suite inspired by the paintings of Goya that made him famous he was drowned, along with his wife, when their ship was torpedoed crossing the English Channel.  They left six children.  The fourth piece is the now famous Maiden and the Nightingale, a nocturne, with the little bird making a lively but brief appearance at the close.  It is played here by the late Alicia de Larrocha, the Catalonian pianist, who had this music in her very soul.

Back two hundred years now, to Paris in the early 1700’s, and the famous ‘imitative style’ of Jean-Philippe Rameau on, of course, the harpsichord.  La Poule.  I first heard this piece like, I imagine, many dabblers, in the version orchestrated by Respighi, introducing Going for a Song on Sunday afternoons on the Beeb.  It loses nothing here, played in jaw-dropping fashion by Grigory Sokolov on a concert-grand during a concert in Madrid.  Any pianists out there, prepare to weep.

7 thoughts on “The Birds of My Youth!”