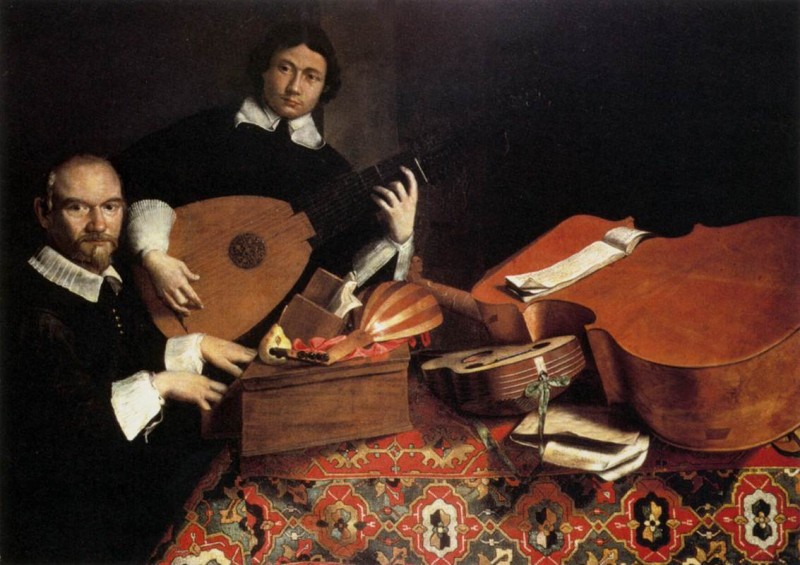 Mahlerman takes us back to the sound of the Baroque…

When the Renaissance Period in music, which began in the early 1400’s, rolled over into the Baroque two hundred years later, the difference between what a composer wrote down, and what a performer played, started to emerge into the sort of ‘classical’ music we recognise today, with ‘continuo’ or through-bass providing a rhythmic and harmonic foundation, and ornamentation (trills, grace-notes etc) left, nearly always, to the performers.  There is, of course, secular and sacred Baroque, there is early, middle and late Baroque, and geographically it spans most European countries.

Very little is known about the Londoner Anthony Holborne. He was born around 1545 and emerged as a talent in the court of Elizabeth I towards the end of that century. He was well thought of by no less a figure than John Dowland, who dedicated one of his greatest songs ‘I saw my lady weepe’ to ‘the most famous Anthony Holborne’.  There are no performance directions in the score of the wonderful (and wonderfully named) The Image of Melancholy (1599) no tempo markings or even dynamics. It was left to the performers to craft a performance from the notes on the page.  Here the extemporaneous consort of viols, guitars and lutes Private Musicke, weave their own grave magic.

Here the Italian high-tenor Marco Beasley joins Private Musicke to sing Sfere, Fermate by the Sicilian Sigismondo d’India.  After Monteverdi he was considered the most important composer of secular vocal music, much of it marked by strong, dramatic emotional content.  Born in 1582, details of his early life are sketchy, but we know that in his mid twenties he was in Florence, and probably met Monteverdi.  He died, probably in Modena, early in 1629.

Although their blood line began in the northern Italian city of Bologna, the Ferrabosco boys made a life for themselves in London before the Great Plague, and the Great Fire that followed it destroyed half the city.  Alfonso Ferrabosco II was a South London boy, born illegitimately in Greenwich around 1575.  He served Elizabeth I as a Court Musician and Composer and, in 1612, married Ellen Lanier and produced three musician sons, John, Henry and Alfonso Ferrabosco III. The father/grandfather to this brood Alfonso Ferrabosco the Elder possessed perhaps the greatest talent, and it would not be too much of an exaggeration to say the he introduced the madrigal form to England.  Here, the limpid serenity of In Nomine a 5.

Who says Rock ‘n’ Roll was born when Sam Phillips started Sun Records? Wrong, by about 350 years methinks.  We know from earlier posts (Mad Voices) that J P Rameau could set the feet tapping in 17th Century Paris, and toward the end of his long life he seemed to become a teenager again in Les Indes Galantes (A Whiff of Garlic) which is nothing short of hard-rock with a twist.  Yes, life was difficult, and life expectancy was 38, but they still liked to move their hips on a Saturday night.  It is not difficult to hear in this brief Ciacona that Giovanni Paolo Foscarini was a guitarist as well as a composer of note – why, there’s even a guitar break.

This post doubles as a rather shameless fan-letter to the marvellous consort Private Musicke who play on all four of these videos.  I saw them at the Wigmore Hall a couple of years ago with the mezzo Magdalena Kozena (‘er indoors for Simon Rattle), and although I am not keen on Ms Kozena’s voice, I was completely captivated by this little band of minstrels, who brought a freshness and informality to what can be very dusty repertoire.

One thought on “Le Nuove Musiche: Sound of the Baroque”