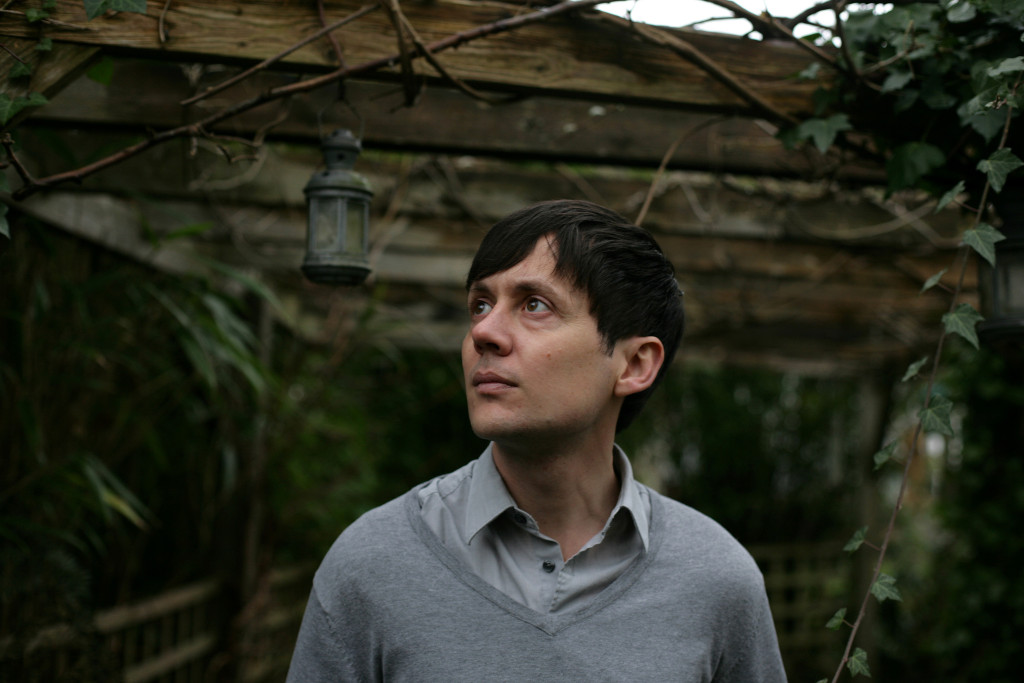 Since appearing on The Dabbler way back in 2010 with his book The Butterfly Isles, Patrick Barkham has been busy writing for the Guardian and working on his new book Coastlines, released this April and featuring as our Dabbler Book Club book of the month.

Told through a series of walks beside the sea, Coastlines by Patrick Barkham is a story of the most beautiful 742 miles of coastline in England, Wales and Northern Ireland: the rocks, plants and animals, the views, walks and history, and the people who have made their lives within sight of the waves. We caught up with Patrick to find out more…

Hi Patrick. There are lots of books about Britain’s coastline – what new angle have you uncovered with your new book?

The coastline of the British Isles is certainly well-trodden by novels and travel writers. My approach has been to look at our changing relationship with the coast by exploring how we relate to it at different stages of our lives – so, childhood holidays by the sea, the coast as an arena for romance, the coast as a place of work, and artistic inspiration, and why we seek to return to the coast at the end of our lives and often retire by the sea. I’ve then written about the stories I’ve uncovered on the coast that illustrate some of these themes. Hopefully this makes Coastlines a bit different to the many brilliant books about our shores which have gone before.

How many of the 10,800 miles of our coastline did you explore during your research?

Our coast is longer than India so exploring it is a daunting task! I made it easier by focusing on the 742 miles of England, Wales and Northern Ireland which are protected by the National Trust, by far our biggest coastal landowner. The National Trust in Scotland is a totally separate organisation so I didn’t have to do the glorious (and exceedingly long) coast of Scotland a disservice by cramming it into a book of 80,000 words. Perhaps this is an excuse but I went for breadth or depth and not width – focusing on 30 or so amazing places in detail.

Despite being a so-called ‘maritime nation’, would you agree that we actually under-utilise our coastline?

We did once neglect our coast – in fact we turned our backs on it for centuries when Christian teaching made us regard the sea with fear and loathing – but I think we are pretty appreciative of it now. Holidaying in Britain became less fashionable in the 1980s and 1990s but there is a resurgence in mini breaks in Britain now and some of our old neglected resorts are being slowly spruced up. What we don’t fully appreciate, however, are the amazing efforts in the 20th century to conserve our coastline which has left us with so many unspoilt areas compared with other countries. Our coastline could’ve looked very different today… 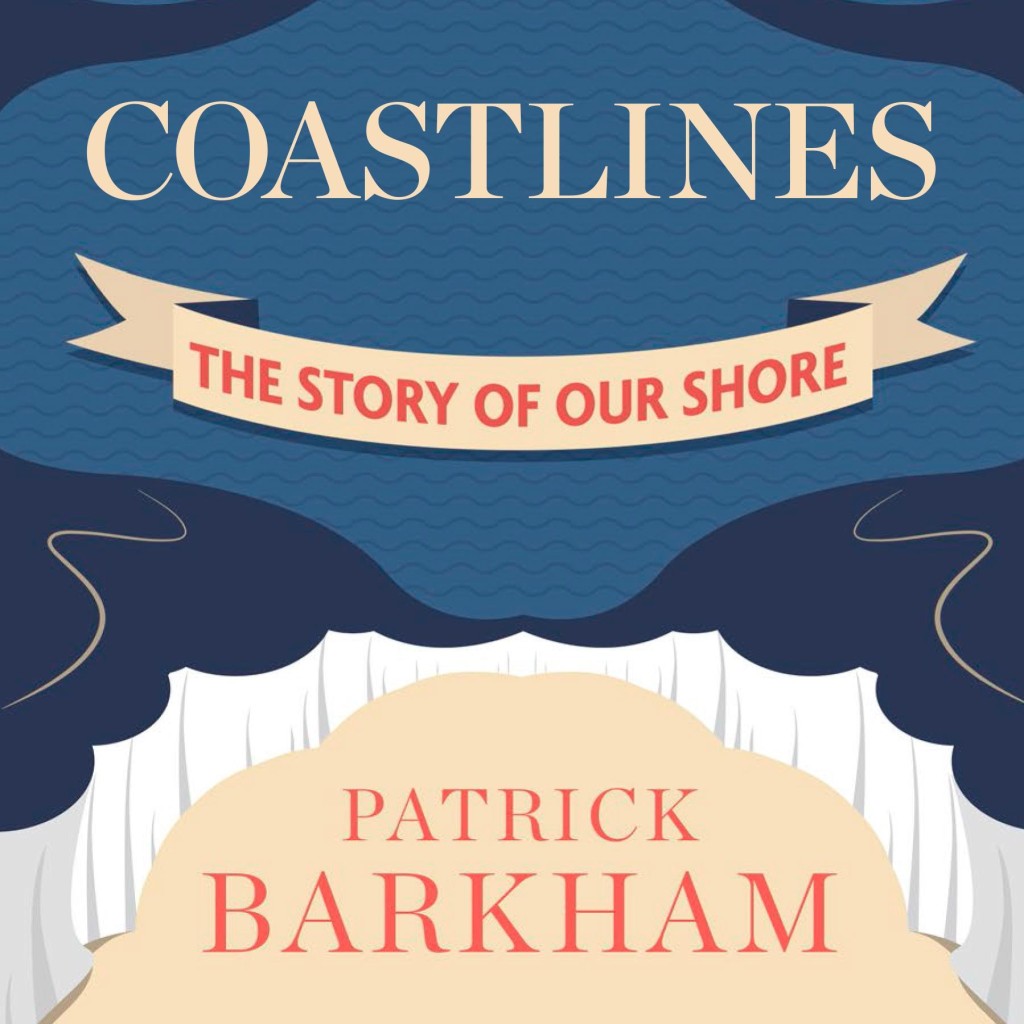 How do you see our relationship with our coastline changing in the future?

The story of our relationship with the coast in the last 50 years has been a really positive one. We have opened up the coast to people with the construction of coast paths in Wales and now England. Charities like the National Trust (with its unheralded Neptune campaign which celebrates its 50th birthday this year), the RSPB and the Wildlife Trusts have saved large portions from development and even supposedly ruined industrial coastlines, such as Durham, have been cleaned up and revived, for people and wildlife.
The next 50 or 100 years will see new conflicts on the coast. We may have almost won the battle against inappropriate coastal development in terms of houses or holiday parks but our hunger for energy is going to further industrialise wild coastline. I’m in favour of offshore wind farms but not on every empty coastal horizon, as is happening in East Anglia.
But perhaps the biggest battle will be with the sea. Coastal erosion will increase with rising seas and more storms, and 7,000 homes are predicted to fall into the sea by this century’s end. If we don’t maintain increasingly expensive sea defences, that figure could increase tenfold. We cannot encase our coast in concrete but the current situation in which the government refuses to compensate people for homes lost to the sea is unjust. We may see a growing controversy as people seek compensation when the government decides it is too expensive to maintain many sea defences – but the politicians are currently keeping very quiet about this.

What do you think will happen to our dying seaside towns in un-desirable locations like Skegness or Prestatyn?

The coast is a place of extremes – a site for some of the most expensive homes in the country (such as Sandbanks in Dorset) and some of the most impoverished. People want to live by the sea and some struggling seaside communities will be revived by artists and other forms of gentrification. Margate and Hastings are two examples where incomers are changing things, hopefully for the better. I would never write off a seaside town but there are big structural problems which reflect the economic problems of Britain. As inequality grows, and jobs are concentrated in the south-east so it becomes harder for seaside towns without industry to rebuild, now that mass tourism and fishing has gone elsewhere. Tourism is not the simple answer because it rarely provides well paid year round jobs either. Big problems like this require government solutions – investments and incentives to rebalance our economy away from London. But that’s straying away from the coast a bit!

Which beach would you recommend reading Coastlines on this summer holiday?

Oooh, tough question. If you want a unique, eerie experience, read it on Orford Ness, a shingle spit in Suffolk which was a secret military site in the 20th century and is now a wilderness of seabirds and ruined buildings which are a scary monument to the terror of the Cold War. If you prefer a classic beach experience, the sandy cove of Nanjizal near Land’s End is glorious, and surrounded by fascinating ancient neolithic monuments and old tin mines.

…And finally – how can people connect with you?

I’m on Twitter @patrick_barkham and email – patrick.barkham@theguardian.com I’m also giving 30+ talks this year at places like the Hay Festival, Port Eliot festival and Latitude (there is a full list on my publisher Granta’s website).

We are giving away a hardback copy of Coastlines to 1 randomly chosen person who signs up as new subscriber to our Dabbler Book Club Newsletter by 29/04/2015 – to be in with a chance of winning simply enter your details into the contact form below before the closing date. Winners will be announced on the email newsletter that goes out on 30/04/2015, so be sure to open the newsletter email to find out if you’ve won. Good luck!

Thanks to our friends at Granta for the prize book. You can purchase your own copy here.

3 thoughts on “Patrick Barkham, Journalist & Author of Coastlines – The Story of Our Shore”