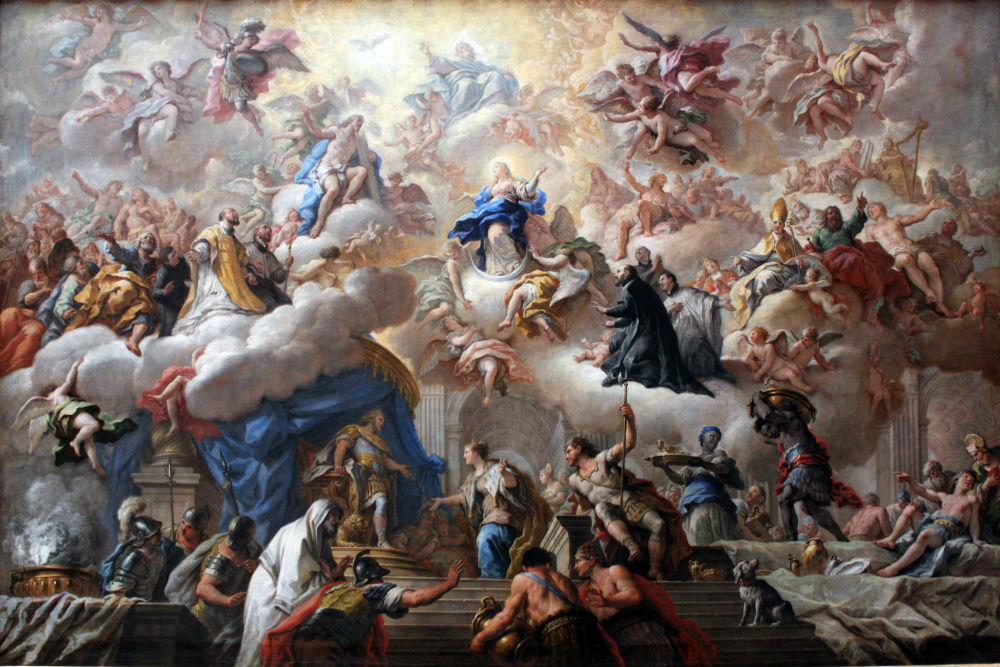 Mahlerman celebrates one of the most important years in musical history, when three great composers entered the world…

In this post we looked at 1934 and discovered that within a few short months of each other, three great British composers slipped off the coil; a bad year by any measure. Today we journey back over three centuries to a vintage year for music: 1685, when three babies arrived mewling and puking into a world that each in his way would leave his mark upon. We are blessed that in an age, the 17th and 18th Century, when life expectancy was around 40 years, all of these masters exceeded that number comfortably, and continued writing until mere oblivion arrived to still them.

Where to start with Johann Sebastian Bach. Indisputably the greatest composer before Mozart, and for many, the greatest ever. The volume alone is quite hard to grasp, and yet in all its expanse and depth, can we find a single work that is anything less than perfectly formed? And before his name, the very greatest have cowered: Johannes Brahms “Study Bach. There you will find everything“: Richard Wagner “…the most stupendous miracle in all music“: Ludwig Van Beethoven “Not Brook (Bach) but Ocean should be his name“….and there are many more of that hue. Is he perhaps, too big, too great to grasp – is the essence of the man, the mainspring, the marrow, just too deep for our puny minds to fathom? He travelled hardly at all, save moving himself and later his large family (he sired 20 children) to the various posts he obtained as a virtuoso organist and composer within Germany, first to provincial Arnstadt and Muhlhausen and later to Weimar, Cothen and finally Leipzig, second city to Dresden. And the 65 years of his life were lived in relative obscurity, less than a dozen of his works being published during his lifetime, the first, a partita, when he was already forty-one.

For seventy years following his death in 1750, Bach was considered to be little more than a musical ‘mathmatician’, due to his revolutionary use of counterpoint and his innate grasp of form and symmetry, but in 1824, another youthful genius Felix Mendelssohn, then just fifteen, was gifted a copy of the St Matthew Passion, quickly realized its importance, and set about the task of bringing it to performance. Five years later the twenty year old had completed various revisions, and this mighty work, which has been called by many a cornerstone of our civilization, was performed at the Singakademie under Mendelssohn’s direction. Thus began, effectively, the rehabilitation of Bach’s music throughout Germany and beyond. Impossible, given his vast output, to select a work that sums-up this multi-faceted genius but, for an expression of inspiration and joy, I know of nothing better than the Magnificat in D Major composed around 1730. In the Lutheran service at this time, the Magnificat would have been placed just after the sermon and, to achieve maximum effect, had to be relatively brief.  This work, for five part chorus and five soloists, is in twelve brief sections, and is supported by the colourful but modestly proportioned orchestra of Bach’s time.  Here are the first five movements.

The filling in this German Butterbrot is not wurst but salami, in the person of Domenico Scarlatti, the son of Alessandro, the founder of the Neapolitan school of opera – in effect the father of opera seria and opera buffa.  Domenico is an important figure because, through his wide orbit as a teacher to royalty in Italy, Portugal and most importantly Spain, he fused the styles present in each of those countries into music that reflected his virile intelligence and his restless nature – but it came late. He was in his fifth decade when he began to compose the sonatas, small in scale but rich in content, that were to make his name. They are nearly all (550) assembled on the same pattern, in binary form, seldom more than a few pages long. The whiff of Iberia is never far away – the castanet click, the village bell or drum, the strum of guitar – all this and more emerging from the keyboard of an 18th Century harpsichord, not the most colourful of instruments. And yet, under the right hands, on a modern concert grand pianoforte, these wonderful miniatures can be intoxicating. Here, the mercurial Argentine Martha Argerich plays the Sonata K141 to the Latin manner born.

Georg Handel was a barber who became a surgeon. His son George Frideric Handel became a lawyer but, to our great good fortune, diverted into music. Born a few weeks earlier than JS Bach, and less than 100 miles apart, the two men never met and in fact led very different lives, Handel moving to England in his late twenties and spending most of the rest of his life there, Bach happy in his life as a provincial German musician and composer, a stranger to fame and fortune. Handel was recognized and revered in his own lifetime and was mourned by three thousand souls on his death in 1759 and buried, at his own request, in Westminster Abbey. Later, as with Bach, a Handel fever spread throughout Europe. Beethoven who, in his day thought Cherubini the greatest composer, modified his view on learning of Handel’s greatest works “Go and learn from him how to achieve vast effects with simple means”  and “He is the greatest composer that ever lived. I would uncover my head and kneel before his tomb“.  Beethoven’s friend Ferdinand Ries said “Of all composers Beethoven valued Mozart and Handel most highly, then JS Bach. Whenever I found him with music in his hands or saw some lying on his desk, it was certain to be a composition by one of these three“.  King George III called him “The Shakespeare of Music” and later the critic GB Shaw called him “A Sacred Institution“.

The other day I had to stop the car – not because of the cloying tones of Sean Rafferty on the ‘Drivetime’ programme In Tune, although it was this blight. I had to stop because the aria being played was surely by Handel – but I didn’t know it, and couldn’t be sure. I was pinned to the seat. Six minutes later when it was over and Sean broke the spell, I was transfixed, holding a Biro. I scribbled Galatea, missed the rest, but got the name of the bass, Christopher Purves; the internet did the rest.

Aci, Galatea e Polifemo was a serenata, written in Italy, when the composer was just 23.  The bass aria I heard was Fra l’ombre e gl’orrori (Among the Shades and the Horrors) and it spans D below the bass stave to A above it – that’s two octaves plus a sixth.  Who could sing it in 1708? And how could a 23 year old dream it up? Well as I know, Handel can do this to you. He can stop the clocks.  He can make you think that the only music in the world is the music you are listening to at this moment.  What I was listening to was this.

Both Bach and Handel suffered diminished eye-sight in their later years, and in their struggle to avoid ‘sans eyes‘ they both unwisely employed the services of an English eye surgeon John Taylor, a master of quackery, who conducted his trade in town squares, and was rarely to be found when the bandages were removed. His ‘post operative’ suggestions were for the administration of eye-drops of ‘dead pigeon’s blood’ along with ‘pulverized sugar or baked salt’. And in cases of serious inflammation, Taylor prescribed large doses of mercury. What a card he must have been.  It is not to much of a stretch to imagine that the two operations he performed on Bach either killed the great composer, or hastened his death. And in the following year 1751, he performed the same procedures on Handel leaving the master totally blind.

A version of this post first appeared in May 2013.