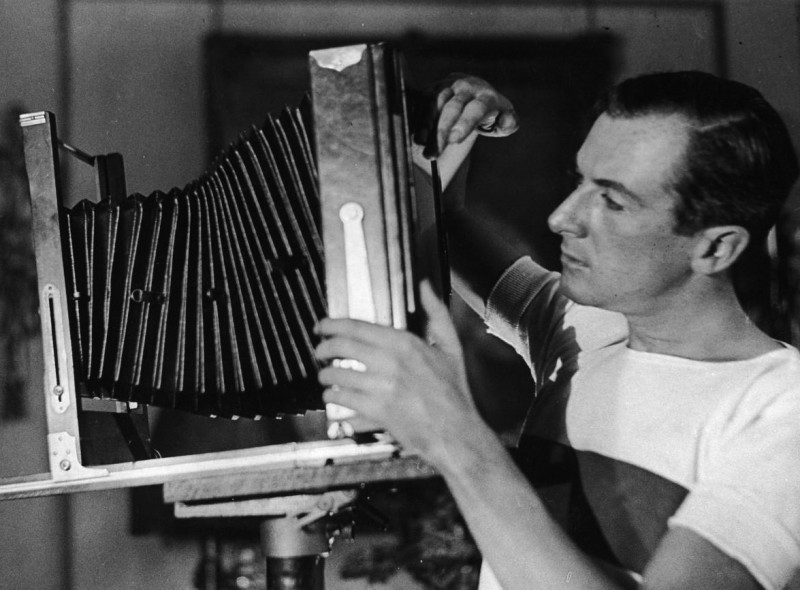 When Steerforth came across the strange-looking autobiography by one Baroness Von Bülop, he was intrigued – especially as she seemed to have enlisted the celebrated photographer Cecil Beaton…

One stormy afternoon, I came across an illustrated 1939 autobiography called ‘My Royal Past’, by Baroness Von Bülop: 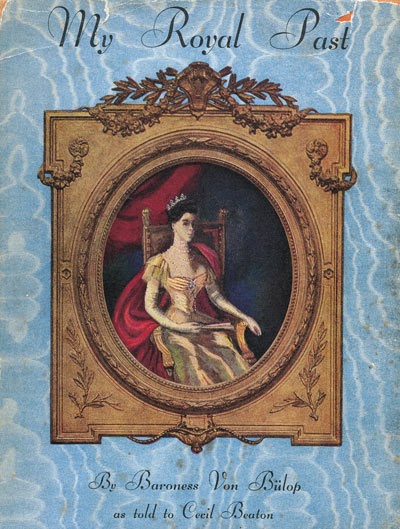 It didn’t look terribly inspiring, but then I noticed that the Baroness had collaborated with Cecil Beaton and my curiosity was aroused. Somehow I couldn’t imagine him willingly writing a hagiography of a minor European royal, so what had prompted him to act as her amanuensis?

More to the point, who on earth was Baroness Von Bülop? 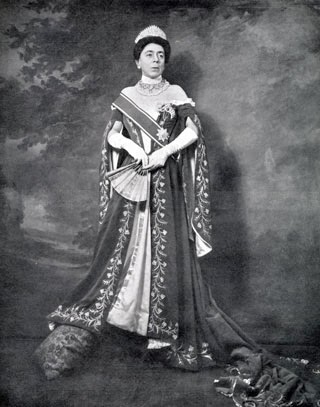 Born in an obscure German principality, Baroness Von Bülop seems to have been well-connected and appears in many group portraits of the leading aristocrats of fin de siècle Europe. If there was a coronation, royal wedding or christening, she was there: 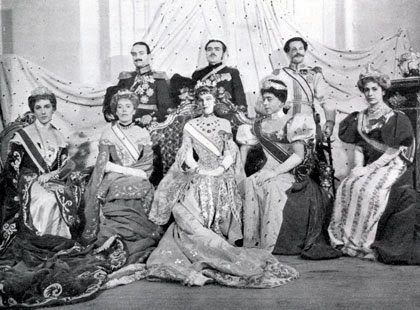 But although Von Bülop was a great socialite, she was perhaps happiest when alone with her easel:

“Sir Edward Landseer was keenly interested in one of my early aquarelles and deemed it full of promise.” 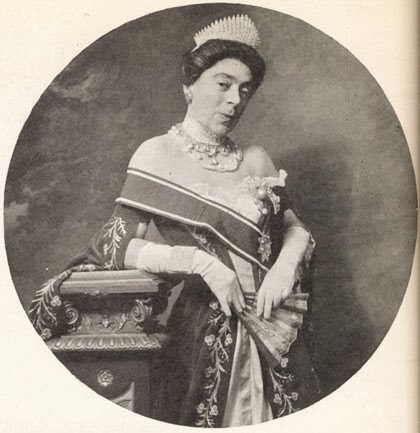 In ‘My Royal Past’, the Baroness comes across as a woman of strong passions, capable of acts of great generosity, but also quick to anger:

Yesterday I had a particularly friendly word for the stable-boy. Later, he was emboldened enough to chase one of the housemaids. I had him dismissed on the spot.

On a less enlightened note, it has to be said that Von Bülop was no looker: 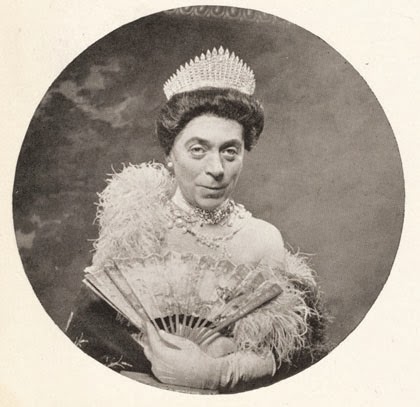 At this point, I began to smell a rat and as I flicked through the pages of photographs of duchesses and dowager princesses, my doubts grew: 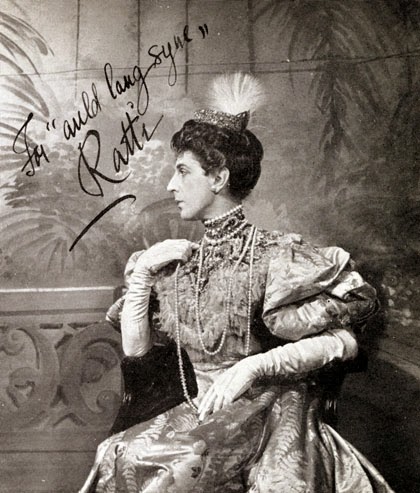 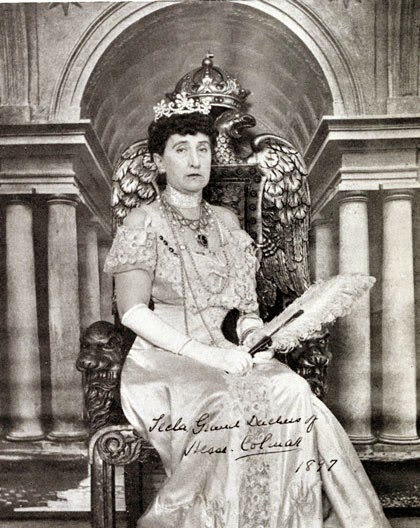 The next photograph, featuring a character called ‘Duckie’, confirmed my suspicions: 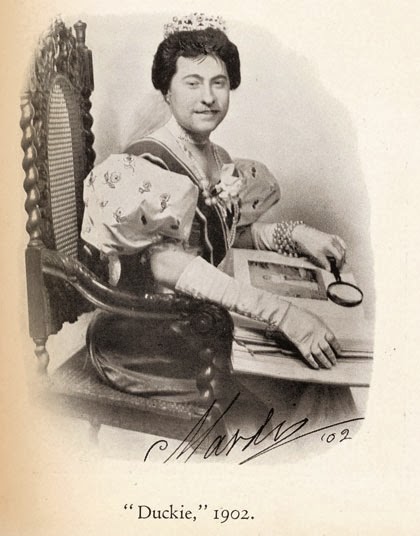 Needless to say, the women are actually men – Beaton’s friends in drag.

‘My Royal Past’ is a shameless parody of the self-serving autobiographies of aristocrats and minor royals that littered the bookshelves of 1930s Britain. Once I began to read the text, I saw the joke:

I reflected, not without venom, that my aunt did not seem to trouble about me or my welfare when I was less useful to her. Our confidential intercourse was practically over, and I noticed to my annoyance that she had struck up a close friendship with the Baroness Cissi Baptist-Aggisberg, a lady whom I am told came from the Island of Lesbos.

As for Baroness Von Bülop, she was actually a Chilean playboy and opium addict called Antonio de Gandarillas, known to his friends as ‘Tony’: 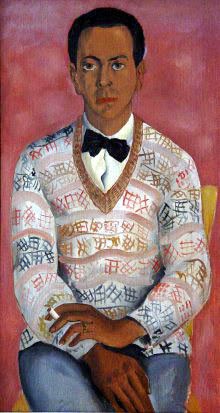 Beaton’s book appears to have been largely forgotten, which is a pity because it is a very amusing satire. I have enjoyed reading about Von Bülop’s childhood in Pottersfelden Castle and her English governess, Alice Blood-ffoulkes, who taught the young Baroness the poems of Sir John Suckling.

I found myself nodding in agreement when the Baroness decried the‘dread age of jazz, which I so abominate‘:

In (my day) it was considered a disgrace if the son of a prominent family took to lucrative employment. Nowadays, everybody works, even the least deep thinkers. People hobnob with parvenues and live in restaurants and hotels. So much has been lost with the passing of the carriage.

Sitting in her ‘den’ at Klosterhoven, the Baroness laments the passing of time: 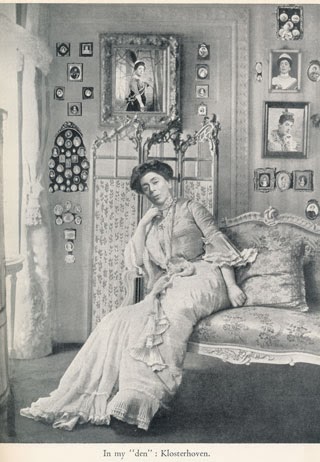 Revolution has claimed both her loved ones and wealth, but at least the Baroness still has her fine collection of photographs and sketches: 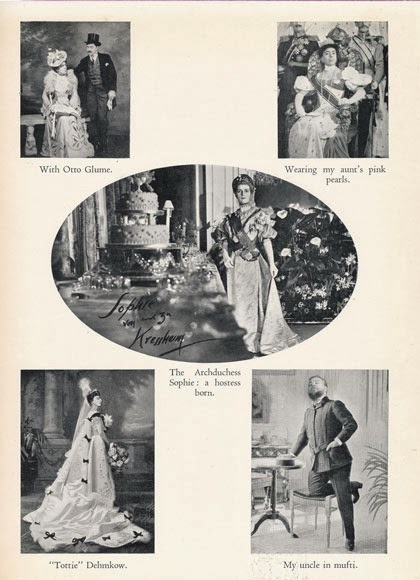 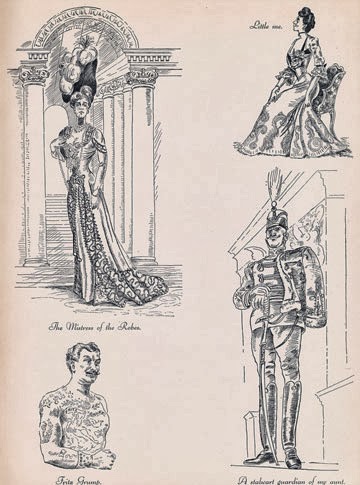 Sadly, in a chapter entitled ‘I Eat Humble Pie’, the Baroness falls on hard times and endures the stigma of penury. However, a chance encounter in a ‘night-club’ with a young Englishman called Cecil Beaton changes her fortunes. He agrees to help Von Bülop write her memoirs and also finds a room in a convent, after hearing of her exploits in a sailors’ hostel:

The Mother Superior here is very kind and the restictions are not great. I am allowed out during the day and as long as I return by six o’clock no one asks questions. There are few things that cannot be fitted in before sundown. Paris is still its same naughty old self, and so am I.

I wonder if the young Barry Humphries ever read this book. There are more than a few shades of Dame Edna in Beaton’s creation.

The appeal of Beaton’s books is that he manages to combine his gifts as a photographer, writer and artist to produce something that is remarkably quirky and subversive for its time. Some of his cut and paste photographs, with people added to group portraits or superimposed on unlikely backgrounds, rival today’s Photoshop efforts.

Cecil Beaton seems so inextricably linked with the age of the ‘bright young things’, it is easy to forget that he had a successful postwar career and was a mentor to photographers like David Bailey.

He also lived long enough to witness the Sex Pistols use his portrait of the Queen for the cover of their ‘Never Mind the Bollocks’ album, employing the same cut and paste technique as the young Beaton. I wonder what he thought.

One other piece of Beaton trivia is that he was bullied at school by Evelyn Waugh:

The tears on his long lashes used to provoke the sadism of youth and my cronies and I tormented him…Our persecution went no further than sticking pins into him and we were soundly beaten for doing so.

Over 40 years later, in what must have been an odd encounter, Beaton took Waugh’s portrait: 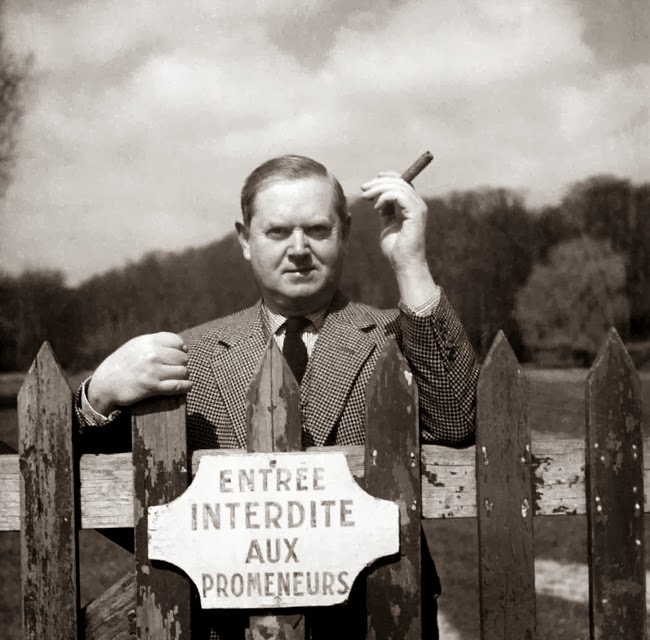 I can’t say I’m surprised to read that Waugh Minor bullied the young Cecil Beaton. He was like that. But I’d like to think that if he ever encountered Baroness Von Bülop, he would have met his match. 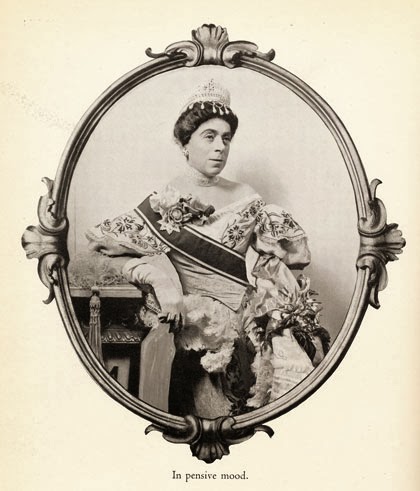 7 thoughts on “Cecil Beaton and the Baroness”