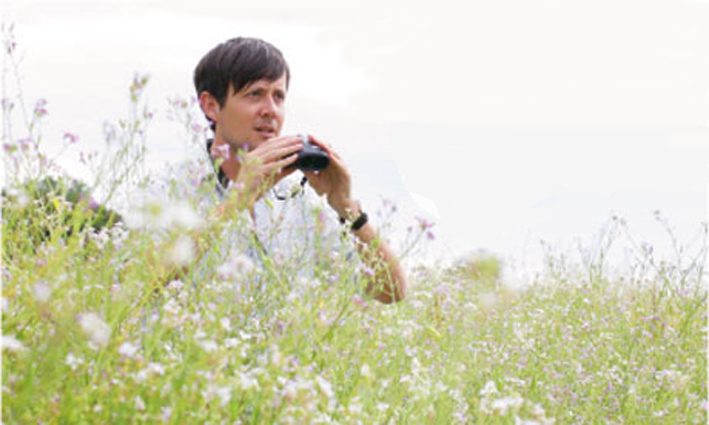 Today’s Dabbler Country is a guest post by Guardian writer Patrick Barkham, whose book The Butterfly Isles – A Summer in Search of Our Emperors and Admirals is published by Granta this month.

For those of us who join the likes of Vladimir Nabokov, John Fowles and the famous clown Joseph Grimaldi in nursing a secret passion for butterflies, there is one creature to whom we all submit. This insect is called The Purple Emperor.

The Emperor, or His Imperial Majesty, as butterfly obsessives of old would call it, is our second-largest butterfly and the male shimmers iridescent purple when caught in the sunlight. Its striking good looks are not, however, the only reason for its status as Britain’s most desirable insect. 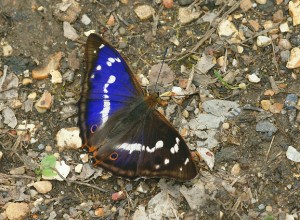 We desire things that disdain us and this majestic, soaring swooping black beauty scorns and tantalises us, living out of sight at the tops of oak trees in midsummer. His Imperial Majesty does not descend from his treetop throne to feed on mere flowers, like an ordinary butterfly. Rather, this insect is only tempted to the ground by filth or putrefaction: a muddy puddle, dog faeces or irresistible attraction that is the decomposing body of a dead rat.

The Emperor’s charisma and elusiveness has long made it the greatest prize. “I have caught exactly as many Purple Emperors as I have shot Elephants, viz. four in each case; but I think I would rather have one of the former than all four of the latter,” wrote Ian Heslop, a rather pompous colonial official and Latin schoolmaster, in 1953. “And nothing in all my sporting or collecting career has ever given me so much joy as the seeing of my first Emperor safely in the net.”

These days, butterfly obsessives only collect the rare Emperor on their cameras but in our ancient woodlands an ingenious subculture still flourishes. A recent breakthrough in the baiting of Emperors has discovered its Far Eastern tastes. His Imperial Majesty likes nothing better than feasting on shrimp pastes, shrimp sauces and other fishy delights. So if you stumble across a rancid patch of fish paste on a woodland path in midsummer you know the Emperor is about – and so are the acolytes intent on paying homage to it. 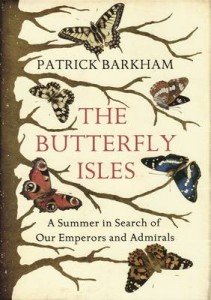 The Butterfly Isles is reviewed by Margaret Drabble in The Telegraph here and an a audio slideshow is in The Guardian here.

Patrick would also like to point Dabblers to Butterfly Conservation.

7 thoughts on “Dabbler Country – Patrick Barkham on The Purple Emperor”