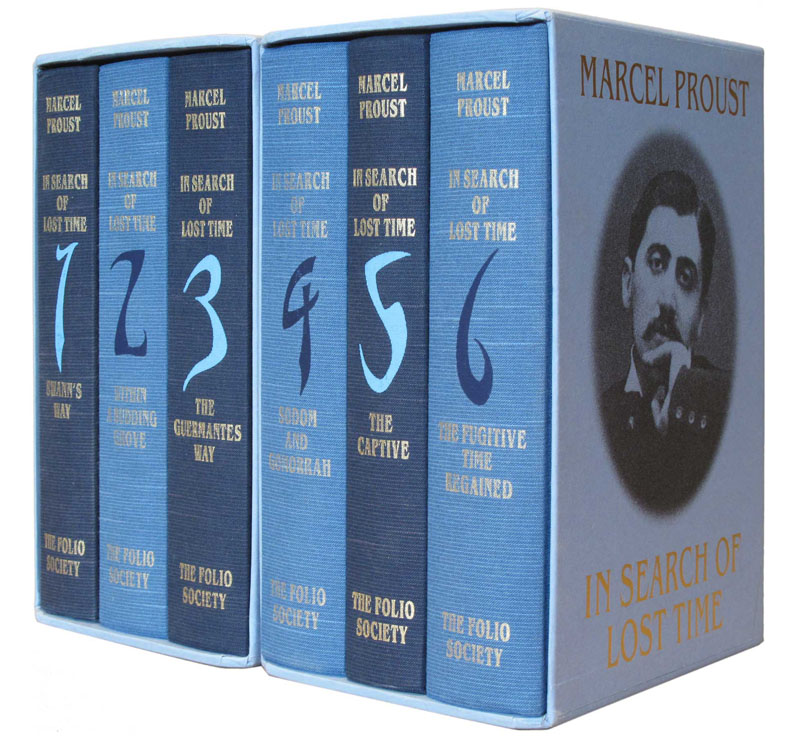 As a bookseller, one of the first lessons I learned when running the fiction section was that the sales of the first volume of Proust’s A La Recherche Du Temps Perdu exceeded the rest of the series put together. Indeed, I’m not sure if I can remember selling any of the other volumes.

Knowing that the first book had evidently bored the arse off so many people put a bit of a dampener on things and even Alain de Botton’s glowing endorsement wasn’t enough to change my mind. But one day I was chatting to a colleague in the unpacking room and he told me that although there were moments that were interminable (he compared the last book to a Ronnie Corbett monolgue), he was really glad that he’d made the effort.

I was almost convinced.

But it would be unfair to single out Proust. As a rule of thumb, the first volumes of novel sequences always sell at least twice as many copies as the remaining titles. The one exception to this is in the fantasy genre where, for better or worse, readers will eagerly devour every volume in the saga.

I suppose we should be grateful that even the first volume of Proust sells. There are plenty of classic novels that never leave the shop and would slowly go yellow with age if they weren’t replaced with newer copies. For example, nobody buys The Scarlet Letter. It may be a classic novel but I can’t remember selling a single copy. I always insisted on stocking it because of its importance in the Western literary canon, but it belongs in the subgenre of novels that nobody reads.

Titles in this category would include:

The list goes on. Sometimes I tried to rescue these books and promote them locally in the shop. Once I was lucky enough to be able to spearhead a national campaign for ‘Forgotten Classics’ and although the results didn’t quite hit the bestseller charts, I like to think that I was instrumental in introducing some people to Revolutionary Road, Life with a Star and Journey by Moonlight, amongst others.

However I’m under no illusions. As someone pointed out in an article a few years ago, the sales of a Booker-shortlisted novel are always easily exceeded several times over by specialist publications like Anglers’ Weekly. Literary fiction is, it would seem, the real minority interest.

The other week my younger son said that he wanted to be a writer. I felt duty-bound to encourage him, but a nagging voice wanted to say that a lot of books don’t sell, the average salary for an author is £11,000 per year and the man on the Clapham omnibus will probably be more interested in how to catch bream.

The Book Thieves of London

“Where’s your section of coffee table books on Paraguay?” – And other ridiculous bookshop questions

Bolshy Slackers and Exotic Misfits: Who becomes a Bookseller?

Confessions of a low-life bookseller

12 thoughts on “Why Proust hasn’t changed my life”