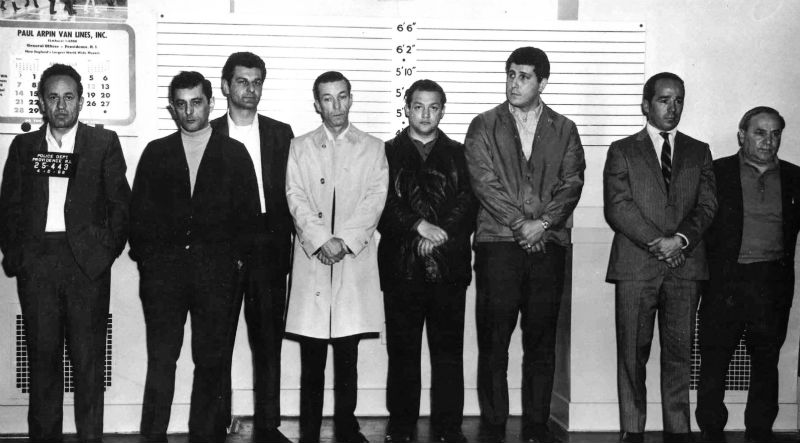 In his memoirs, Jeffrey Bernard used to talk about the distinct social groups that frequented his regular pub, the notorious Coach and Horses in Soho. Alongside the actors, stage hands, dancers and drunks, there were the book thieves.

The book thieves were professionals who often stole to order, selling their stock to a bookseller in Charing Cross Road. They were only paid a fraction of the retail price of the book and in order to achieve a living wage, they had to steal at least £50,000 worth of stock per year. In most cases, they took a lot more.

Getting caught was an occupational hazard and the thieves with previous convictions could expect a short spell in prison, but once the sentence was served they’d be back in the shops doing what they knew best.

One of the most notorious book thieves in London was a man called Roy Faith. When he died, a store detective company sent a representative to his funeral as he’d done so much for their business. A short, plump man with sunken eyes and a bald head that had a few strands of dyed jet black hair across it, Roy’s speciality was art books. He always made two visits to a shop. During the first he would choose the books he was going to steal – nothing under £30 – and pile them up somewhere where they wouldn’t be spotted. After leaving the shop empty-handed, Roy would wait for half an hour and return when the staff were too busy to spot him. It only took Roy a minute to discretely nudge the pile of books into his huge holdall and he was often out of the door before anyone had noticed.

Perhaps Roy was nice to his dog, if he had one, but he didn’t come across as a particularly pleasant individual. When a female member of staff asked him to leave, he called her a c*** and pretended that he was going to headbut her. I mistakenly assumed that he was the sort of person who only threatened women and the next time I saw him, I tried to play the hard man: ‘Come on then, call me a c***.’ Roy looked at me with barely disguised contempt and replied ‘Alright then, you’re a c***’ then took a half-hearted swing at me. I ducked and he missed.

From then on, our encounters became increasingly childish with both of us trying to do everything we could to frustrate the other. The last time I saw him, he was on the train to Brighton, probably combining a bit of thieving with a nice day at the seaside.

Another thief, known as Barry, specialised in stealing the Times Atlas. At £75 each, these atlases were very attractive to thieves and the only thing that usually stopped anyone taking them was their enormous size, which made them almost impossible to conceal. They didn’t fit into carrier bags or holdalls without a considerable effort, but Barry had devised a solution that was almost worthy of genius. He had customised a raincoat with Times Atlas-sized pockets on the inside and was able to steal two at a time. The more astute members of staff usually challenged the strange man with two large book-sized lumps in his coat, but he must have succeeded enough times to make it worth his while.

Unlike Roy Faith, Barry did have some personal charm and when caught, he would smile sheepishly like a little boy caught scrumping.

After a while I became quite good at spotting the biblioklepts. Sometimes they gave themselves away through their body language, other times it was their appearance. One thief was dressed as a respectable businessman but his shoes were shabby and when I scrutinised him further I could see that he was wearing a charity shop suit. Our eyes met and he realised that he’d been rumbled. Later I mentioned this incident to someone in another bookshop and they said ‘Ah yes, the Businessman.’ He was well-known.

The most successful thieves were, of course, the ones we never saw. Someone used to steal entire shelves of books during Thursday lunchtimes – one week it was Nabokov, another Terry Pratchett – presumably in order to furnish another bookshop. Although we became obsessive about checking everyone who entered the shop, we never caught them.

Occasionally we were provided with undercover store detectives, most of whom stuck out like a sore thumb in affluent Richmond. We also employed a paranoid ex-policeman who seemed to believe that everyone was a potential criminal and used to stalk perfectly normal people until they felt so uncomfortable, they left the shop.

Prosecuting book thieves was never an easy business. I once caught someone outside our shop and called the police. I spent the rest of the day waiting with some unsavoury characters at the local police station, only to discover that they were under the impression that I was the culprit. 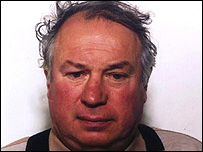 However, in 2004, the king of book thieves, Ronald Jordan, was successfully prosecuted at Southwark Crown Court. Jordan specialised in stolen travel guides, particularly the Lonely Planet and Rough Guide series, selling around 35,000 books a year. Like a modern-day Fagin, he had a gang of ne’erdowells who ensured that Jordan had a constant supply of stock. When his premises were raided, the police found 17,500 books – more than the entire stock of a small independent bookshop.

When Jordan was finally caught, booksellers across the southeast of England breathed a collective sigh of relief.

However, by the time that Ronald Jordan was prosecuted, book theft was already in decline. The advent of security systems and CCTV helped, but the biggest factor was the internet. What point is there in stealing a £50 art book if it’s selling for £20 on Amazon? And I expect that Google Earth probably didn’t help Barry, with his Times Atlas-sized pockets.

Of course, books are still stolen, but the thieves are now mostly drug addicts and opportunists. The golden age of book theft has passed.

It used to be even worse in medieval times and many books had to be chained to the wall. Here is a curse that was used at the time to deter would-be thieves:

This present book legible in scripture
Here in this place thus tacched with a cheyn
Purposed of entent for to endure
And here perpetuelli stylle to remeyne
Fro eyre to eyre wherfore appone peyn
Of cryst is curs of faders and of moderes
Non of hem hens atempt it to dereyne
Whille ani leef may goodeli hange with oder.

17 thoughts on “The Book Thieves of London”