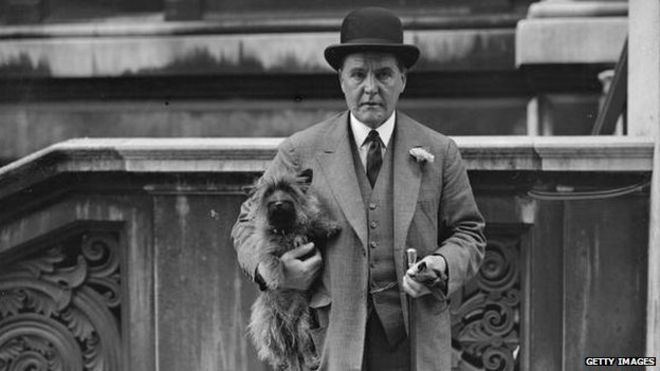 Looking back on the glory days of the English barrister, once followed like today’s pop stars and footballers…

John Osborne in his autobiography notes of his grandfather:

Like so many people at that time [the inter-war period] he took as much interest in law-court proceedings as people do nowadays in football or pop singers and indeed the success charts of lawers were followed in awe by the Biritsh public. It was not a matey, familliar business but a show laid on for the common people by their superiors and masters.

Reading a review of a newly published bio of an early-20th century lawyer makes you believe it:

His public falling out with a Court of Appeal judge culminated in correspondence so astounding in its offensiveness that it made headlines. His violently expressed views ranging from an eminently humane attitude to the necessity of liberal divorce laws to decidedly dodgy support of the benefits of eugenics generated widespread comment.

In the end it was all too much for Mr Justice McCardie. A compulsive gambler, the “bachelor judge” of the headlines faced financial ruin and the demands of two women, one of whom bore his illegitimate son. Exposure imminent, he shot himself.

To learn more of the glory days of the English barrister you might turn to John Campbell’s excellent life of the truly astonishing FE Smith (top), most famous nowadays as one of Churchill’s chums, but one of the all-time stars of the bar (this from the blurb):

‘The cleverest man in the kingdom’ said Beaverbrook. Coming from a modest provincial background, he acquired an extraordinary reputation at Oxford and an unprecedented fortune at the Liverpool Bar before exploding into the House of Commons in 1906 with a maiden speech of unrivalled audacity.

(Incidentally, note the ‘Liverpool Bar’: in this book you also get an insight into the decline of the English provincial city).