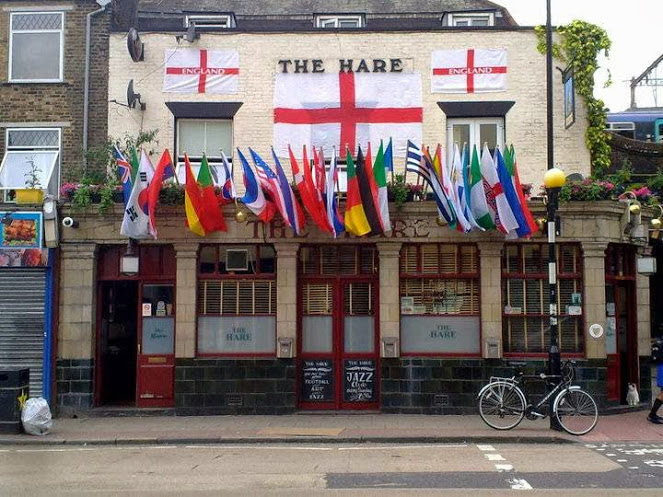 Before moving to Lewisham (or Blackheath as I sometimes say when in polite company) a couple of years ago, I spent twelve years living in the East End of London. The thing I miss most about my old neighbourhood is not the secondhand clothes shops or the trendy restaurants but an old boozer on Cambridge Heath Road called The Hare.

It’s not the most immediately charming of places. The carpet is worn and some of the seats have repaired with gaffer tape. Some of the clientele look a little insalubrious. On a Saturday afternoon there will be football shirts and shaven-headed men shouting at the telly, things I normally hate.

London pubs tend staffed by itinerant Poles and Australians who are here to make money and, for all their friendliness, are not committed to the place at which they work. They seem to change every week. Not so at the Hare. The landlord’s, Julian, presence permeates this place. The beer is excellent because Julian is interested in real ale. He used to work at Young’s brewery when they were in Wandsworth. He is a jazz fan so they have jazz on a Sunday. The Cockney girls who work there know what you drink and will serve it with a saucy smile. Once when my brother ordered me a pint, the barmaid, Tanya, sharply corrected him: ‘he doesn’t drink that one, he drinks Landlord!’

Whereas most pubs in London especially in the fashionable East End attract tribes, the Hare is a real focus for the community. You get old people, young people, black people, white people, middle-aged mods, trendy girls with silly haircuts, the beautiful people and the local builders. I follow the Hare on Facebook and intermingled with rants about Arsenal’s decline, Julian reflects on how quickly East London is changing. Rather than bemoan gentrification, he seems delighted to have such a genuinely diverse clientele.

Best of all the Hare makes no pretence towards gastronomy, food means crisps or they sometimes let you eat a kebab from next door with your pint. There aren’t many places like this left but the Hare is thriving. Oh and did I mention that it’s cheap. 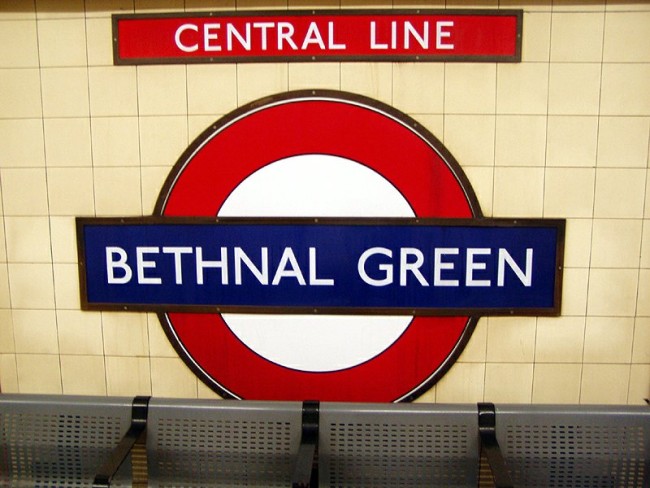 Would you like to recommend your favourite pub or bar to our readers? Email your suggestion to editorial@thedabbler.co.uk

5 thoughts on “My Favourite Pub: The Hare, Bethnal Green”