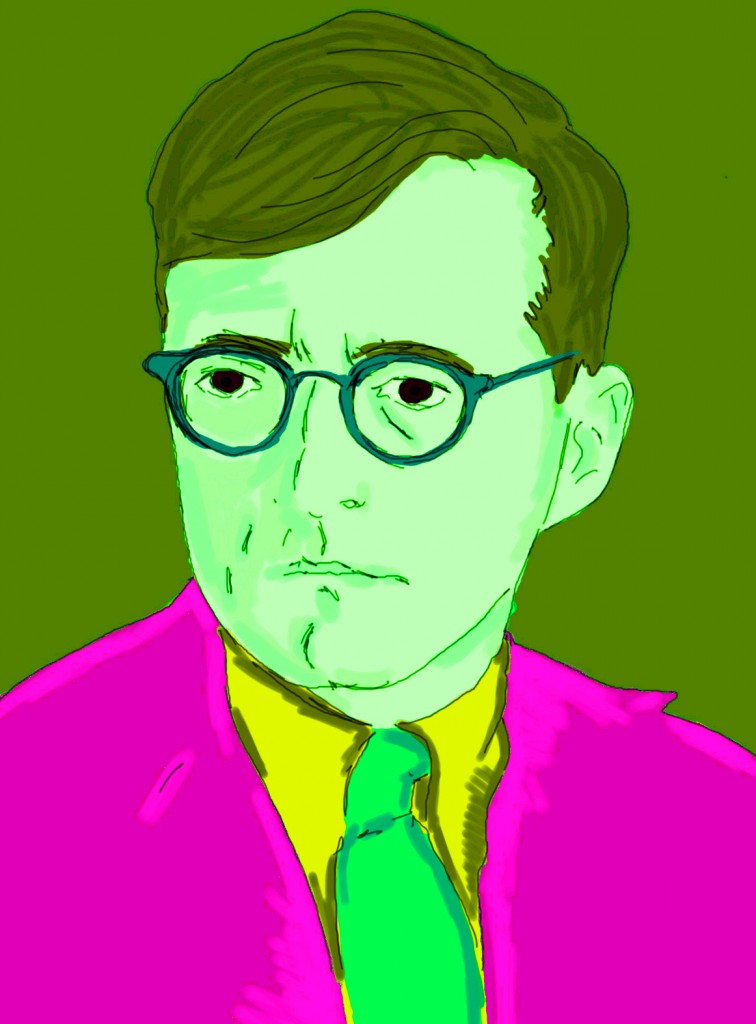 From Bach to Bob Dylan, Mahlerman shares four of his ‘magic moments’ in music – those sublime instants when the hairs on the back of your neck stand to attention. What are yours?…

Two words that go together as naturally as ‘Edward’ and ‘Sophie’, or ‘waste’ and ‘space’, are the two words ‘magic’ and ‘moments’. Both the classic and popular musical canons are full of these goosebump instants when the ‘tingle factor’ emerges to surprise us, or perhaps remind us, like an old shoe, of a distant pleasure.

I used this ‘system’ when I first started finding girls interesting rather than irritating. And the plan was quite simple, and needed to be, as I lived at home with my mother and sister.  Getting the girls into my room would be the difficult bit; after that, the slow third movement of Rachmaninov’s E minor symphony would do the rest for me.

I read recently that Joan Collins entices young men into her home using a trail of Werther’s Originals (but I don’t believe everything I read, naturally). I would probably have needed something stronger (chloroform?) to get Jean Martin into my bedroom (she had the good sense to marry David Duckham, who was taller, stronger and smarter than I, had fantastic blond hair, and no acne – and went on to be the greatest centre that English rugby ever produced) –  but as it turned out, the sinuous clarinet theme that sets this wonderful movement in motion had a power greater than I could have imagined and to this day cannot explain.  It brings on a sort-of sadness, a yearning regret – and strong girls crumble; men too.

There are many tempting examples that I could have chosen here: the solo ‘cello’s reappearance toward the end of the third movement of Brahms’ B flat piano concerto springs to mind:  the conclusion of Honegger’s Third Symphony:  the slide from the quietude of the third movement to the blaze of the fourth in Beethoven’s Fifth Symphony:  and perhaps an all time favourite – not the first announcement of the wonderful hymn tune in the last movement of Beethoven’s Ninth Symphony by the low strings, nor the next statement by the middle strings and woodwind – but the sun-breaking-through-the-clouds moment which follows, before the whole orchestra joins, where the strings alone state the theme for the third time; if I had to pick one magic moment, it would be this one.

The various radio programmes that service these weaknesses, common to us all, would support the notion that we are more interested in other people’s choices than promoting our own, and I would therefore ask Dabblers, perchance those not normally disposed toward commenting, to give us some of your ‘private passions’.  Here are some of mine.

That J S Bach was a revolutionary is rarely if ever put before us, the accepted line being that he was a practical composer, writing for such forces as were available to him at any given moment. But I invite you to listen to the opening aria of his amazing church Cantata BWV 54 Widerstehe doch der Sunde (‘Stand firm against Sinning’), as I did for the first time a few years ago. It has what the Germans call innig – it is deeply personal. The opening bars are shocking in their originality, with a throbbing E flat continuo, over which a dissonant 7th chord is floated; the tension is almost unbearable.  And being a church Cantata, it is, in fact, a ‘musical sermon’, the dissonance illustrating that encroaching sin, if properly resisted, will eventually be dispersed.

Written around 1715 when the composer was barely thirty, it could have been minted yesterday, so advanced are the ideas contained within its brief frame; misquoting Gore Vidal, a little of me dies whenever I hear it. With idiomatic seriousness, it is played here by Musiciens du Louvre embracing the Parisian contralto Delphine Galou.

More than fifty years ago, in the Sofiensall in Vienna (gutted by fire in 2001) a recording took place that was meant to be special and, in the event, turned out to be legendary – the recording of the complete Wagner Ring Cycle by the Vienna Philharmonic Orchestra, the Vienna State Opera Chorus, and a cast of soloists that only a dreamer (and the then-deep pockets of Decca) could conjure-up, led by perhaps the greatest Brunnhilde ever heard, Birgit Nilsson.  The whole project, lasting seven years, was masterminded by the producer John Culshaw and the Hungarian conductor Georg Solti.

And with sales now approaching 20 million, it is by some measure the biggest selling classical set of all time.  Decca, obviously, took a huge financial risk by giving it the green light (it could never happen today), and it took forty years for the project to make-back its production costs.

But the result was an almost unqualified artistic triumph, with the few dissenting voices growling, predictably, about Solti’s ‘overdriven’ tempi, and lack of light and shade.  They would have relished the opportunity to put forward the short video below as evidence, but for me it simply confirms, as in no other footage I have seen, that the ‘Screaming Skull’  was in his prime, creating a frightening tension in this, the last opera of the cycle Gotterdammerung.  This vid shows a ‘final take’ of Siegfried’s Funeral March, with Solti in particularly energetic form – but when was the last time you heard such ‘electricity’ in orchestral playing?  The Berlin Philharmonic have just left us after a short residency in London, where I heard them in Sibelius.  It was a wonderful sound, a wonderful noise – but where was the danger?

My unrequited love for His Bobness has been ongoing now for almost fifty years, but he doesn’t know my pain – how could he? It wasn’t love at first sight, because first sight was 1966 in Birmingham, and a lot of people (I think they were called ‘folkies’) who had come to hear him got rather upset by the fact that he had decided to plug himself into the National Grid, and leave his Gibson and Martin in their cases.

But that was Bob; just when you thought you had him, he moved away.  And he kept on moving away, kept on touring, kept on thinking and, like mercury, kept on slipping and sliding into the gaps between our expectations.  Today, citing Frank Sinatra as a major influence, he gives us the ‘Great American Songbook’ in his latest essay Shadows in the Night.  Who could have predicted that?

Eighteen years ago, after a fallow period in the 1980’s, Dylan hooked up with the producer Daniel Lanois and appeared with the album masterpiece that is Time Out of Mind.  For reasons that are unclear, one of the best songs from the sessions that created the album was Red River Shore, but it didn’t make the final cut.  It was eventually gathered into a collection of out-takes, and presented in The Bootleg Series – Vol 8 /  Tell Tale Signs, and when I heard it I thought it could be his best song ever, running Mississippi (from Love and Theft) pretty close.  If you haven’t heard it, I envy you.

I couldn’t put a cigarette paper between the three candidates for Best Night in the Theatre, but as the bogey-man Wagner is already with us, I will put aside his final transcendent opera Parsifal under Gergiev, along with an unforgettable evening in Bristol listening to Siegfried under Reginald Goodall.  This leaves one of the greatest operas of the 20th Century, created when the composer was still in his twenties, Lady Macbeth of the Mtsensk District (1934) by Dimitri Shostakovich (above).

The lurid tale of sex and violence was an instant hit for the young composer, and followed as it was by the popular fifth symphony in 1937, it turned the shy, chain smoking young man into an international celebrity. Then, the roof fell in.  Stalin attended a performance, leaving before the end, and Pravda later published their now-famous diatribe containing the phrase ‘muddle instead of music’  –  and Dimitri was out in the cold; not quite literally, as he somehow avoided the Gulags, but his life was never quite the same again. The last production I attended, at Covent Garden, was the best by far, with the Dutch soprano Eva Maria Westbroek impersonating Katerina (Lady Macbeth) and Antonio Pappano in the pit. I couldn’t find a decent, short section from this production on YouTube but, whilst looking, stumbled upon this ‘top shelf’ excerpt from Act One, Scene 3. Katerina has just witnessed a near-rape (hence the muddy knees of soprano Ausrine Stundyte) her husband is away, and the dirty dog Sergey is about to connive his way into her bedroom and seduce her.

In this scene, which hardly needs describing, the bored housewife Katerina yearns for tenderness and love – and, let’s be clear, sex:

Best viewed after the nine o’clock watershed I think. I’m just off for a cold shower…..

8 thoughts on “Spine-tingles and Goosebumps: Magic Moments in Music”