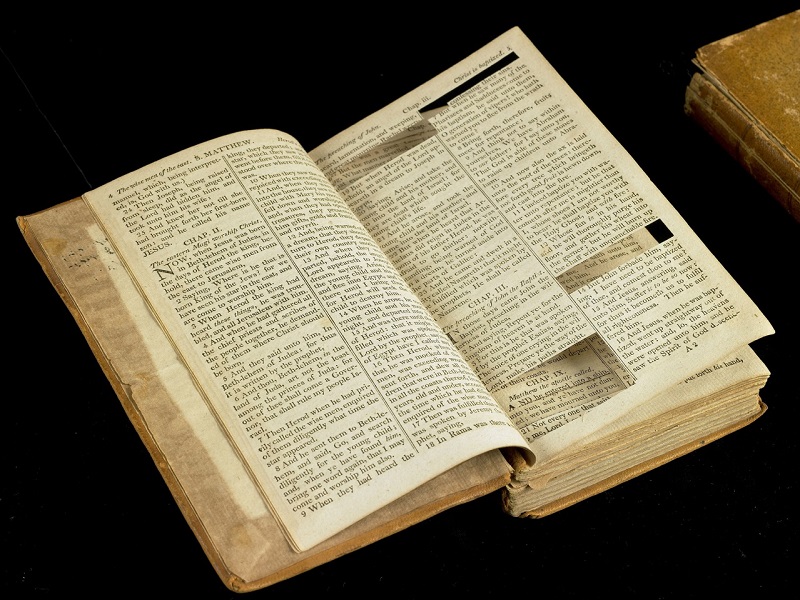 Is Francis the anti-American Pope?…

I’m not sure that I believe in a God, but I do believe in Pope Francis. The man known as “the Bishop of the slums” in his native Argentina represents a brand of Catholicism I recognize from the era of Pope John XXIII. As a student I was briefly involved in the English Catholic New Left movement inspired by the journal Slant. My father, also named Francis, was a devout Catholic and Labor party member who was fond of pronouncing, “Jesus Christ was the first socialist.” Pope Francis’s embrace of a simple lifestyle outside the luxurious Vatican Papal residence, and his “who am I to judge?” attitude to people once condemned as heinous sinners, have inspired many lapsed Catholics like me to take another look at the Faith of our Fathers. But when it comes to the 78 million American Catholics and their overwhelmingly conservative hierarchy, the reaction is more mixed.

The American Catholic press is full of stories quoting conservative Catholics as feeling “betrayed,” “seasick,” and in a state of “confusion, which comes from the Devil.” This last from an archbishop, essentially accusing the Pope of speaking for the devil! Ironically it is those who most strongly believe in hierarchical authority who now speak out against their pope. According to one Catholic of my acquaintance, who has unquestioning faith in every loony Obama conspiracy theory, this pope is just “too damn liberal.” Whatever happened to the presumption of infallibility? Pope Francis alarmed this faction with his demotion of conservative American bishops and suggestion that focusing only on issues such as abortion and homosexuality does not reflect the heart of the gospel. And he startled fundamentalists by declaring the Big Bang theory and evolution compatible with Catholic doctrine. But it is his pronouncements on economics, specifically capitalism, that have provoked the most outrage in the broader world of America’s right wing culture warriors. Catholics may be the largest denomination here, but the peculiarly American evangelical prosperity gospel still dominates. Forget being rewarded in the hereafter; if you follow Jesus you will be rewarded with riches here on earth. If you run your business according to “Christian values” (maybe by discriminating against gays) you will rake in the profits. Pope Francis preaches a quite different gospel:

The culture of prosperity deadens us; we are thrilled if the market offers us something new to purchase. In the meantime all those lives stunted for lack of opportunity seem a mere spectacle.”

“Inequality is the root of social ills … as long as the problems of the poor are not radically resolved by rejecting the absolute autonomy of markets and financial speculation and by attacking the structural causes of inequality, no solution will be found for the world’s problems.

Statements such as these earned a “pure Marxism” denunciation from High Priest of the Right Rush Limbaugh. And the Pope’s outright endorsement of the government’s responsibility to control the excesses of capitalism put him on the front pages of business newspapers and websites. A typical headline used the phrase “holy war.” Thus even a figure as large as the Pope is subsumed into the Great Maw of the American culture wars.

Which is a pity, because America could use some of Pope Francis’s compassion and humility right now, and his prayers. As we approach one of the holiest days in the Christian calendar Americans are once more grappling with the open wound of unresolved racial animus, the dark side of the War on Terror, and the worsening dysfunction of a polarized government.

As for me, I don’t know if Pope Francis will succeed in luring me all the way back to the Church. Call me a Jeffersonian Christian. Thomas Jefferson created his own version of the Bible by literally cutting up and pasting together selected quotes from the New Testament. He kept all the parts in which Jesus taught the ethical way to live, and threw out all the miracles, the Resurrection, and claims to Jesus’s divinity. Jefferson also owned a copy of the Quran, ordered and shipped from London when he was still a law student. Jefferson scholars believe it was important in shaping his ideas on religious liberty. These are uncomfortable facts for those who claim that America was founded as a specifically Christian nation. I am currently reading a new book by philosopher Matthew Stuart, Nature’s God: The Heretical Origins of the American Republic. This being a bit heavy going for the busy holiday season I cannot claim to have got very far into it yet, but, as the title implies, Jefferson, Franklin, Thomas Paine, Ethan Allen, and other founders were derided as “infidels” and “atheists” in their day. Stuart argues that they were inspired, not by Christian values at all, but by pagan Roman philosophy, the Dutch heretic Spinoza, and other Enlightenment thinkers. One historian points out that had Jefferson lived at the time of the Inquisition, he would have been burned at the stake.

So when Pope Francis arrives in America next year he will greet one of the most religious nations on earth, but paradoxically one that was founded on the decidedly secular goal of “the pursuit of happiness.” Perhaps he can inspire a necessary rebalancing of American values. But first he will have to deal with his host, Archbishop Charles Chaput of Philadelphia, the very cleric who accused him of stirring the Devil’s confusion. I foresee a lengthy session in the confessional box for the unfortunate archbishop.

10 thoughts on “On Pope Francis and Thomas Jefferson”