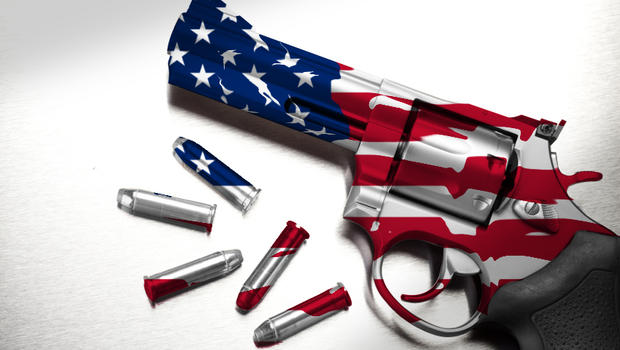 Does a bullet cause more mayhem to the body, more pain to the victim, if the shooter is labeled a “terrorist” rather than “mentally ill” or a “thug”? If the shooter is a police officer, or the neighborhood drug dealer, or a toddler who thinks the loaded gun is a toy? These are the questions that linger from the year 2015, a year of deadly gun violence in an America that seems at best helpless, at worst unwilling, to tackle the problem. On the last day of the year another tragic headline: a mother shot her own daughter mistaking her for an intruder in their home. For the year’s long catalogue of gun victims, they are just as dead, just as crippled, just as much in pain, no matter what the motivation of the shooter.

But in America at large the labelling of the shooter means everything. Two shootings that happened close in time make the stark contrast. The story of the “mentally disturbed loner” who shot up a Colorado Springs Planned Parenthood clinic soon faded from the headlines. It did not strike fear into the hearts of Americans (except probably for employees of Planned Parenthood) nor did it warrant any mentions on the campaign trail. But just a few days later the San Bernardino shooting by a married couple quickly identified as “terrorists” unleashed nationwide hysteria. The media was filled with stories of fearful Americans, a backlash against Muslims, and questions about whether the government, specifically President Obama, was doing enough to protect the public. The focus of the Republican Primary campaign changed completely, the candidates vying with one another for the most bellicose threats against the Islamic State. Carpet bombing till the sand glows, deliberate killing of terrorists’ wives and children, a database of all Muslims in the U.S., nothing seemed too extreme in the face of this danger. When it comes to terrorism Americans want to see strong, immediate action from their politicians. General gun violence, not so much. This despite the fact that while fourteen people died in the San Bernardino shooting, there were a total of 13,312 American deaths from gun violence in 2015 according to the Gun Violence Archive.

What would Americans be willing to do if terrorists shot 13,312 people to death in the homeland in one year? Orwellian wouldn’t really cover it. And one likely result is that they would go out and buy more guns. But what of the current reality, that the vast majority of gun deaths have nothing to do with terrorism? If Americans were told they could save 13,312 lives by giving up their guns would they be willing to do it? Sadly, the evidence says an emphatic no. In my many years embedded as an ex-pat in American culture the one thing I’ve been unable to wrap my head around is the quasi-religious zealotry for the Second Amendment. In the modern age it is clearly a self-destructive force at odds with other bedrock American values. What happened to “Life, Liberty and the pursuit of Happiness?” These “unalienable rights” count for very little in a nation that has become a shooting gallery. No one can enjoy Liberty while the bullets fly. For all their tough talk the Second Amendment advocates have never justified why their favorite Amendment should trump everything else in the Declaration of Independence and the Constitution.

As a grim year of gunfire ends, this anxious question echoes from America to Europe and beyond. Can governments protect their citizens from terrorist attacks? But here in America another question needs an answer. Can the government protect Americans from themselves?
Tags With: AmericaPolitics
Share This Post

6 thoughts on “Year of the Gun”