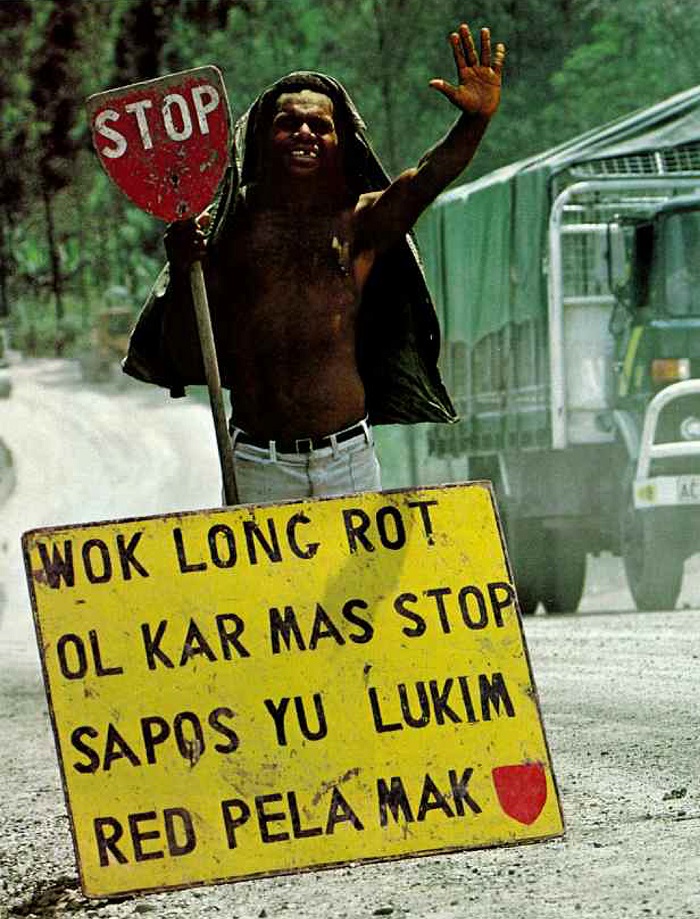 Tok Pisin is a form of Pidgin English and is widely spoken in Papua New Guinea. It developed as a result of Pacific Islanders intermixing, when people speaking numerous different languages were sent to work on plantations in Queensland and elsewhere.  Today, some five to six million people use it to some degree.

I pass on the Tok Pisin word list in the interest of spreading good cheer. It also shows remarkable creative ingenuity in making a handful of words express a wide range of meanings, sometimes achieving a kind of poetry.

(Incidentally, in Tok Pisin, Prince Philip is known as ‘oldfella Pili-Pili him bilong Misis Kwin’. On the island of Tanna in Vanuatu, where the Prince is revered as the errant son of a local mountain god, he is known more respectfully as ‘number one bigfella him bilong Misis Queen’.)

One thought on “Tok Pisin”