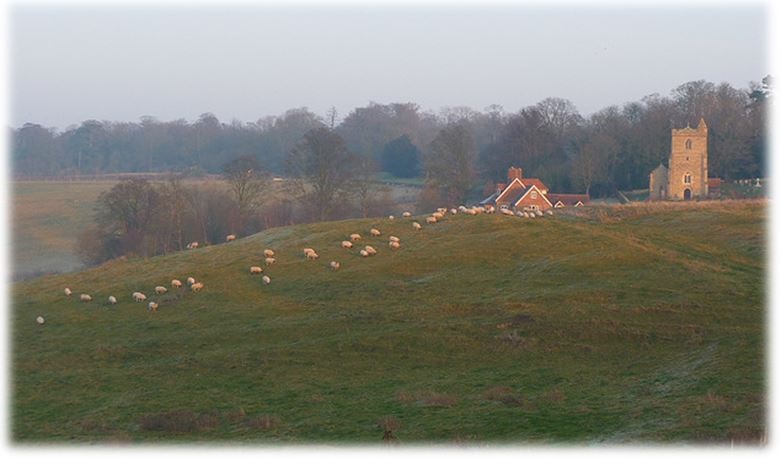 I’m climbing the ridge road to Winchendon for the first time in months, the first since I began to worry myself about this damned family and their (let us say) issues. We’re two weeks into the summer holidays and I’ve dragged the kids away from their phones and their box-sets and all the way up the long hill from Waddesdon; it’s 80 degrees plus, 70% humidity, and I’m not expecting gratitude. The sun beats through the haze and though it’s still July the grass has the sad look of grass in August; already the wheat stands thick, waiting for the clank of the combines. As we climb higher, kites wheel and mewl above our heads, hedges are pungent with diesel and wild autumn clematis.

Winchendon is much as I remembered it; the tiny Norman church, the rough sheep-cropped hillside, and the old manor, what little remains of it, lost behind its impenetrable screen of trees. And yet I can hardly look at anything here in the same way. Last time I came by, it struck me as a queer, haunted place that doubtless had some tale to tell; now as I squint into the haze I see that story everywhere. Here on the bare hill Old Philip walked in his gardens with Andrew Marvell, discoursing on fruit trees and perilous matters of state; over there, Goodwin made love to his brother’s wife, wooing her with talk of alchemy and sunken treasure; by those nettles, Tom looked over his horse gallops, wondering where to stash the weapons that would help to topple a king. This little hilltop church – firmly locked as ever – is where they buried Tom on the day of the great eclipse, where his black funeral helm hung in the rafters for two centuries, and where he lies now with his two wives and – it is said – the favourite mistress who chose to join him namelessly in death.

I try to tell the children a bit about these people and this place; the rise and fall of a great family, the strange subplot (or is it the main deal?) of Goodwin Wharton and Mary Parish. They are more interested than I might have expected; less than I might have hoped. It strikes me now that, given the time and talent, I could have done far more with this stuff – ideally, it would have been fiction, something on the lines of Kipling’s Rewards and Fairies or Alison Uttley’s A Traveller in Time. Tablet-toting, app-savvy, Civ-fixated kids from Aylesbury wander into the fields, encounter these weird characters out of the past, learn some perplexing things about history, politics, England. But I know very well I couldn’t have pulled that off. 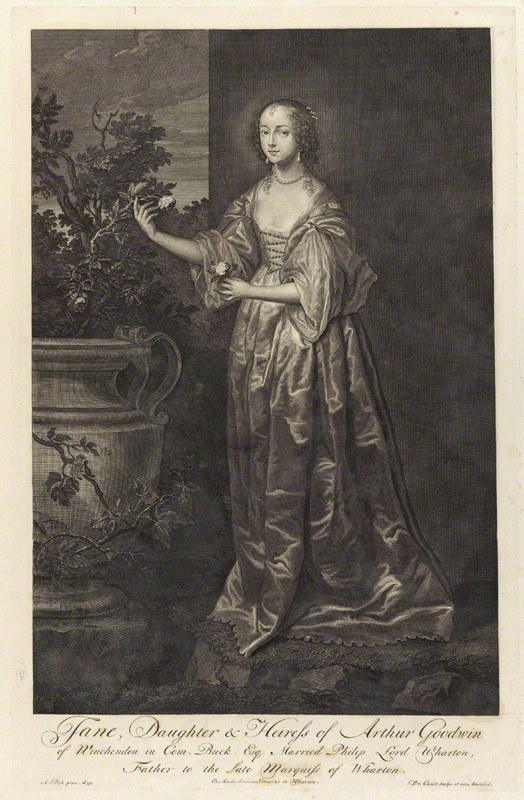 As it happens, the person I think about mostly today is the one I’ve barely considered till now; Jane Goodwin, wife to Old Philip and mother of Tom and Goodwin. Not much is recorded of Lady Jane (Jenny to her family); she was married at 19, bore 11 children of whom four died in infancy, and was dead herself at the age of 40. She looks wide-eyed and girlish in the Van Dyke portrait [above], with her silk bodice-dress and fashionable side-ringlets. Could she be the key to the whole thing, I begin to wonder? Winchendon was hers long before it was Philip’s and she was christened, married, and buried in the little church on the hill. Lord Wharton seems to have been distraught at her death and this – as much as the political situation – may have been the reason that he abandoned Winchendon and the life of rural retirement in 1658. The memories were just too hard. Tom (10) and Goodwin (5) were whisked off to the very different atmosphere of Wooburn and brought up mainly by servants. Could it be that, henceforth and for the rest of their tangled lives, Winchendon stood for a lost domain of happiness that they were always trying and failing to regain? Tom brought both his wives here, but neither marriage was happy. (Anne’s end we know, but Lucy née Loftus also suffered greatly; with Tom’s betrayals, and the still more awful betrayal of their son, the famous beauty sharpened until she seemed like some gaunt bird of prey. She survived her husband by only a year.)

As for Goodwin, his sense of banishment must have been still deeper and more painful. Perhaps sensing his vulnerability, Lady Jane had made provision in her will for at least one of her properties to come down to Goodwin, the son who bore her family name. This was high-handedly over-ridden by Lord Wharton, who insisted that Tom have everything. Goodwin was thus deprived not just of his mother, but of the care she had tried to extend from beyond the grave. Seducing his brother’s wife at Winchendon may have felt like revenge, or a way back into the charmed circle, or somehow both. In the event, it merely led to his being banished a third time, as Tom now barred him from the house of their childhood. It is at just this point that Goodwin falls into the warm clutches of Mary Parish, a woman twenty years his senior who any psychology student would have down as a mother substitute. Alert to these things as a grifter must be, Mary got a hold on her mark by promising to put him in touch with his mother’s spirit and claiming – rather boldly – that she herself was related to Lady Jane. This was very probably a lie, but may not have been. The two families lived in the same small corner of Bucks and there is some evidence that Mary’s people had come down in the world.  Could it be that Goodwin looked into the raw, brandy-flushed features of Mrs Parish and saw the lines of a much loved, barely remembered face? If so, their sexual relationship would fall into a pattern with his other semi-incestuous affairs (sister in law, stepmother, sisters and half-sister). But enough of all that: the heat seems to be putting some queer ideas in my head.

I could say that I saw the ghosts of the Whartons looming and swivelling in the haze over Winchendon; but in truth I didn’t. These people lived here once. Today the place feels empty, as it always does; there’s just us, an old gent pottering in his garden, someone invisibly sluicing their car.

Really it’s nothing special, Winchendon; like a thousand other places in England, it’s at once perfectly mysterious and rather dull, a combination I find hard to resist. I had been meaning to walk on to the little observatory at the end of the ridge – planted there because it’s one of the few genuinely dark places in south-east England. On the night of the summer solstice people from neighbouring villages come for miles through the dewy fields, to see the sun rise over Aylesbury. But we’re very hot, very tired; and it seems to be getting late. That will be an adventure for another day. We have water; snacks for the long walk back; and a feather from the tail of a red kite. It seems like enough.

The four of us float down the long hill, under the great trees of Eythrope Park, talking lightly of what we will do when we grow up. In the valley of the Thame, the shadows are starting to thicken and the haze will soon be turning into mist; if we keep on walking we can be home in two, three hours, before we’re too hungry or start to fight. Fish twerk through the green gloom of the river, white and yellow water lilies flash from the dark. 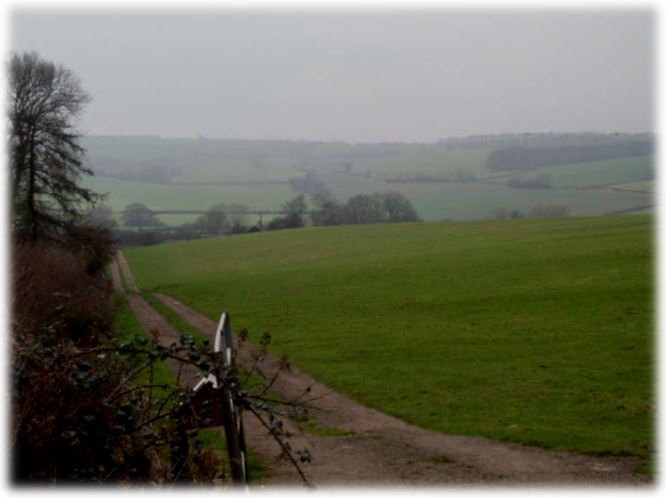 3 thoughts on “The Whartons of Winchendon – 10. The Lost Domain (Reprise)”