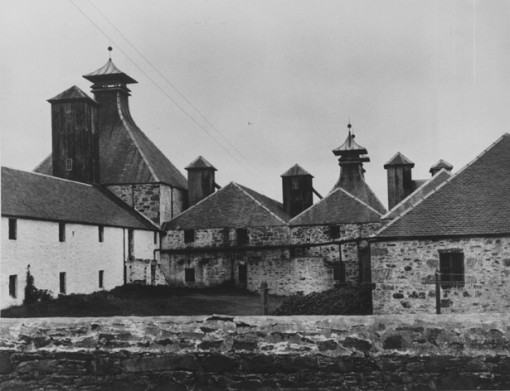 Ian Buxton, occasional drinks correspondent for The Dabbler and author of the superb 101 Whiskies to Try Before You Die, has another new book out, this time featuring the rarest and weirdest whiskies in the world. 101 Legendary Whiskies You’re Dying to Try But (Possibly) Never Will is available to buy now, and here’s an exclusive extract…

Being of a nostalgic turn of mind I’ve elected to have a picture of the distillery [above] rather than one of the many, many bottles you can find – at a price – from this silent Islay giant.

The distillery seems to have started around 1833 and was closed in 1983, so it had a pretty good run. Let’s not forget it wasn’t closed by accident – there was little or no demand back then for heavily peated whisky, either from the blenders or the nascent single malt market. The distillery needed a lot of money spent on it and Islay looked pretty down and out.

Things change, of course, but at the time closing it was a rational and understandable decision. However, quite unexpectedly, Islay and its whisky became fashionable, more and more so. There was, of course, a quantity of Port Ellen remaining in cask when the distillery was closed, and this is where things get interesting.

My friends at The Whisky Exchange kindly worked out for me that they had handled over 400 different bottlings of Port Ellen in the last seven years; although they pointed out that this flood of new releases is partly accounted for by those independent bottlers still holding stock and realising that their carefully hoarded casks are getting over the hill and won’t be improving any further.

So, eventually, peat freaks and smoke heads are going to have to face the fact that, whether from Diageo or third-party bottlers, there is no more Port Ellen (a delicious frisson of Schadenfreude passes through me as I write these words). Presumably, prices will continue to rise, as they have done quite dramatically in recent years, with Diageo’s Special Releases leading the way.

Yes, the evil capitalists who run Diageo had the temerity to more than double the price of their 2012 release, presumably after observing the instant gains made by speculators on various internet auction sites. I shudder to think what’s going to happen when stocks finally do run out, but you can’t really blame Diageo. They’ve got shareholders to think about. Here’s the official version:

Stocks of Brora and Port Ellen are inexorably diminishing. Each year’s limited-edition bottling releases one more fragment of whisky history that is unique, and can’t ever be replaced. On top of that, Port Ellen and Brora are not merely rare, old and in great demand – they are judged by most qualified commentators to be of outstanding quality, and this year’s edition will be no exception.

As a result, I haven’t tried it for years. Can’t afford it. 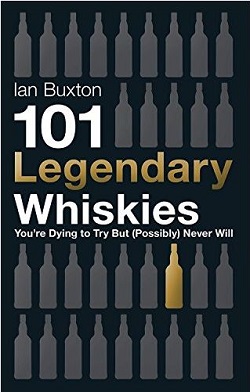 101 Legendary Whiskies You’re Dying to Try But (Possibly) Never Will is published by Headline and is available to buy now.

2 thoughts on “The Lost Whisky of Port Ellen”