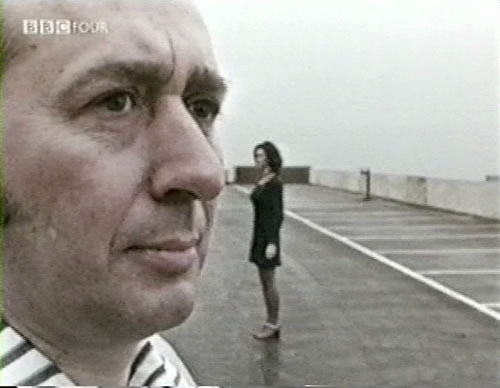 The Lost Leonardo, which appears in the short story collection The Terminal Beach (available to buy for 1p) is Seamus Sweeney’s favourite J G Ballard story, despite (or perhaps because of) its being the most unBallardian. Here he explains why…

Clive James did not care much for Jean Paul Sartre, although as a television critic for The Observer in 1981 he still felt constrained to making ritual genuflections in the direction of the great existentialist’s genius. Much of James’ review of a TV adaptation of Sartre’s play Kean starring Anthony Hopkins, was taken up with how hammy and overwrought the whole enterprise was. And yet, James was drawn to something quite unSartrelike in Kean.  Commenting on one particular sequence, he writes:

It was clumsy enough dramatically. But the sense of adventure was in it. The would-be brisk exchanges and the long winded speeches were energised alike by the central boldness of the conception. The artist making his own way according to his own rules – years ago, when his imagination was young, Sartre lit up at the idea. It just goes to show that even genius can sometimes be touched by talent.

JG Ballard is one of those writers whose surname has become an adjective, “Ballardian”, which has received official lexicographic recognition. The Collins Dictionary defines it thus:

Adj.  (1) of James Graham Ballard (1930–2009), the British novelist, or his works. (2)  resembling or suggestive of the conditions described in Ballard’s novels and stories, esp dystopian modernity, bleak man-made landscapes, and the psychological effects of technological, social or environmental development

I have always found Ballard’s novels somewhat drawn out, whereas in his stories the various themes which I suppose now officially congregate as being “Ballardian” are more satisfyingly explored. The exception among the novels is Hello America, which while set in a post apocalyptic America rediscovered by Europeans, has a certain adventurous drive reminiscent of nothing so much as H Rider Haggard (not a usual reference point for Ballard criticism). Ballard’s short stories generally mine the “Ballardian” tropes more engagingly than the novels, but my favourite among them could hardly be said to meet the Collins definition of the term.

The Lost Leonardo,  in part reads like a pastiche of a certain kind of detective story, and there is something reminiscent of G K Chesterton’s Father Brown stories (again, not usually invoked as a precursor of Ballard) in the central conceit. Yet, as with “Hello America”, the effectiveness of the story rests with the lack of self-consciousness that Ballard brings to it. The “central boldness of the conception” helps give The Lost Leonardo its energy and drive. It is unusual too, in being the only Ballard story (as far as I know) which depends for its effect on invoking divinity. The story begins in media res with a memorably attention-grabbing opening line:

The disappearance – or, to put it less euphemistically, the theft of the Crucifixion by Leonardo da Vinci from the Museum of the Louvre in Paris, discovered on the morning of April 19, 1965, caused a scandal of unprecedented proportions.

The story is narrated by Charles, a director of the auctioneers Northeby’s (a rather obvious spin on Sotheby’s) who travels to Paris to stay with his friend Georg de Stael, director of Galleries Normande. Ostensibly in Paris for a conference, the enormity of the theft energises Charles:

whenever a large stone is thrown into the turbid waters of international art, people such as myself and Georg de Stael immediately take up our positions on the bank, watching for any ripple or malodorous bubble … All the darker fish would now be swimming frantically for cover, and a salutary blow had been struck at the official establishment of senior museum curators and directors.

Of course, The Crucifixion is a fictional painting, though its status is obviously a nod to the Mona Lisa (“Despite the two million reproductions of the painting sold each year, not to mention the countless pastiches and inferior imitations, the subject matter of the painting still retained its majestic power”). Charles and Georg are naturally fascinated with the inexplicable crime. However there are no promising leads, no art world gossip, no stirrings in the demi monde. Months go by, and they meet again. George suggests an incredible solution to not only the theft of the Leonardo, but a host of other incidents involving crucifixion scenes; that a mysterious figure who features in a range of these paintings from centuries of art history has been altered after the paintings disappear and reappear almost untouched. This figure is none other than Ahasuerus. After some time, with a sense of disbelief, Charles realises what Georg is actually suggesting, in an exchange  which never fails to make the hairs on the back of my neck prick up.

Suddenly I pivoted on my heel. ‘Confound it, Georg, do you realise that if this incredible idea of yours is true this man must have spoken to Leonardo? To Michelangelo, and Titian and Rembrandt?”

Georg nodded. ‘And someone else too,’ he added pensively.

The rest of the story is an entertaining adventure pursuing this idea to its logical conclusion, and with a satisfyingly open ending.

The Lost Leonardo is a retelling of the story of Ahareseus, the Wandering Jew. The literature of the Wandering Jew theme is surveyed by Martin Gardner is his essay The Wandering Jew and the Second Coming. For Gardner, the Wandering Jew was one of the more ingenious means whereby Christians explained away a statement of Jesus Christ that, taken literally, seemed to predict the New Jerusalem within the lifetime of His listeners. Matthew 16, 27-8 read as follows (Authorised Version):

For the Son of man shall come in the glory of his Father with his angels; and then he shall reward every man according to his works. Verily I say unto you, there be some standing here, which shall not taste of death, till they see the Son of man coming in his kingdom.

Gardner is in no doubt that this was meant absolutely literally that Christ was telling his audience that some of them would see His Second Coming (Gardner ignores the debates among commentators about  what exactly was meant; these verses precede the account of the Transfiguration) . As the generation whose lives overlapped with Christ died, it became harder and harder to reconcile these words with the manifest fact that the Second Coming had not occurred. The Catholic Church, and most denominations, quietly put the date of the Apocalypse outside the range of earthly timekeeping; some groups decided either that the Second Coming was imminent (a faith undimmed by various proposed dates for the end of the world coming and going without incident) or, more imaginatively, that it had already happened. Ahasuerus was created, according to Gardner, to resolve the paradox. Christ had not yet returned, because one who was alive during His life still lived. On that walk to Calvary, Jesus responded to one of the crowd taunting him – Ahasuerus saying “go quicker”, and Christ replying “I go, but thou shalt wait until I return”. These words condemned Ahasuerus to the wandering life of his sobriquet.

The tale of Ahareseus is an apocraphyal one, not mentioned in any of the synoptic gospels. And the Christ it invokes – condemning Ahareseus with a one-liner – is not exactly that of the Beatitudes, or indeed “forgive them, for they know not what they do.”

In The Lost Leonardo, the Ahasuerus fable, tinged as it is with a Christian background if not quite scriptural or doctrinal authority, is used relatively unironically. Allusions to the da Vinci painting that supremely deserves the oft-abused designation of  “iconic”, the Mona Lisa, occur in some of Ballard’s short stories. Madama Gioconda of The Sound-Sweep is another reference to Mona Lisa,  this emblem of the uneasy mid-twentieth century marriage of high and mass culture; an unequal struggle in which high culture has generally been on  the retreat

It’s a tension alluded to in The Lost Leonardo.  Georg and Charles are shocked not only by the initial theft of The Crucifixion, but that the painting that was displayed and stolen was genuine; it is implied that galleries routinely exhibit forgeries, keeping the real works more securely. Georg comments: “I hoped that this catastrophe might induce the authorities to make a clean breast of some of their so-called treasures, in attempt, as it were, to dispel some of the magic surrounding the Leonardo. But they are in a complete fuddle.” Illusion and reality, the demands of the new mass experience of art; these themes are touched on in the story.

Such attempts at theorising are beside the point.  The Lost Leonardo is an adventure story, a jeu d’espirit, a wonderfully implausible concoction.  Georg’s “And someone else too” is, for me, one of the great lines of speculative fiction, evoking with great concision a dizzying world of possibilities. If we read as Borges recommended we do, hedonistically, then this is a moment of pure literary pleasure. It is a tribute to Ballard’s powers that this least “Ballardian” of stories is a fresh and original twist on the somewhat hoary Wandering Jew concept.

5 thoughts on “J G Ballard and The Lost Leonardo”