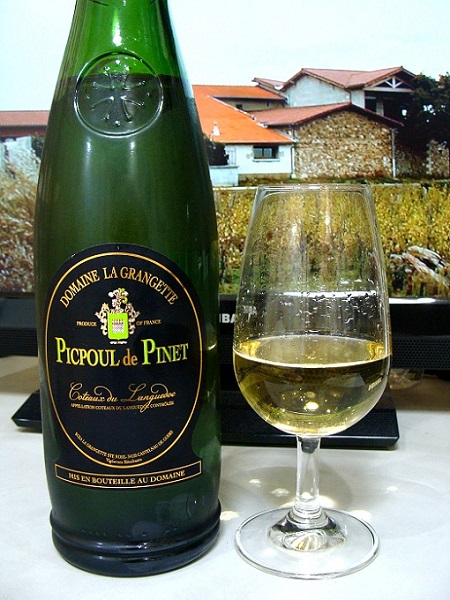 It’s the trendy white wine of the moment – but how good is Picpoul de Pinet, asks Henry…

If you’re anything like me, you’ll be desperate to know what the big names of the British wine world, yer McQuittys, yer Becketts, yer Moores, have been drinking this summer. To a woman this year, they have picked a Picpoul de Pinet. Picpoul is now firmly established on the middle-class wine lovers shopping list. Most restaurants, gastropubs and bars stock a Picpoul.  I don’t think it’s ready to take New Zealand Sauvignon Blanc’s crown yet but it’s definitely a contender.

The best thing about Picpoul from a wine bore’s perspective is that it is unbranded. You don’t have all that garish advertising and vulgar discounting that you get with Ned or Oyster Bay. Instead you can pretend that you have discovered it yourself whilst staying with your auntie near Pomerols. And yet Picpoul, in its own quiet French way, has been a masterpiece of marketing. It was originally the answer to a problem of what to do with all the grapes grown for Noilly Prat vermouth when sales of vermouth declined.

Those tall embossed bottles, ribbed for her pleasure, mean that it stands out on the shelves. They’re the opposite of the squat Burgundy-style chardonnay bottle, it’s a bottle that promises  refreshment rather than oaky fatness. Similar sort of wines such as Muscadet and Vinho Verde also come in tall bottles but the Picpoul bottle is unique (it seems they’ve taken a leaf out of Chateauneuf’s book here by having a custom bottle). And then there’s the name. It literally means ‘sting lips’ in French (or maybe Occitan), a reference to the grape’s high acidity. It’s an easy word for Anglos to say. Not too easy, mind, we don’t want the Pinot Grigio brigade picking up on it but once you’ve learnt how to say it, you won’t forget. In fact it fufils a similar role on the wine list as Chablis or Sancerre, in that drinkers can flaunt their French pronounciation with a word that isn’t hard to pronounce.

But unlike these famous names to the North, Picpoul’s reputation has yet to be tarnished by lacklustre wines. Quality is high, it may never soar to the heights of a Grand Cru Chablis but I’ve never had one that tasted of vingerary water either. These are good simple wines. The only problem is that most of them are too expensive in Britain. My favorite Picpoul from Domaine La Grangette costs €5 from the cellar door but £11.29 over here.  If you want a budget Picpoul, Aldi has one for £5.99 which isn’t half bad.

Luckily for me my auntie brought me a case of the Grangette back from France this summer. 34 wines in Altrincham have La Grangette for £8.95 a bottle which when you factor in British duty and VAT (£2 plus 20%) is really good value. It’s significantly better than supermarket Picpouls. (Thanks to James Heron for pointing this out.)

3 thoughts on “The irresistible rise of Picpoul de Pinet”