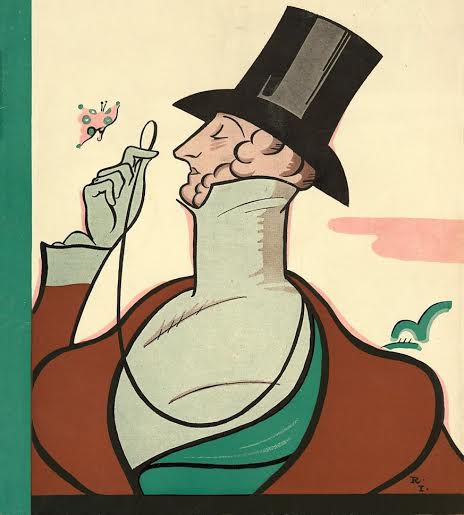 The dog days of summer are traditionally silly season for the news media here as soaring temperatures drive political discourse into the stratosphere of the absurd and inspire heat-stressed Americans to act out in ever crazier ways. But this year there hasn’t been much comic relief from the onslaught of dreadful news from around the world, each day bringing ever more tragic headlines. With print and television media so preoccupied with international horrors we’ve had to rely on a hitherto obscure real estate website for a little escapist dose of summer silliness. Movoto.com announced its list of the “Top Ten Snobbiest Small Cities in America” with two cities in Maryland’s Washington D.C. suburbs making the cut. The dubious distinction goes to Bethesda at number 2 and Rockville at number 8.

I can’t claim to live in a snobbish city, but I did have the privilege of working in one for twenty years. The public library where I plied my bookish trade is in Bethesda, close to the outskirts of Rockville. Many locals dispute Rockville’s claim to snobbery, as would anyone who has driven the notorious Rockville Pike, a traffic clogged nightmare of standard American retail and fast food. But tellingly, many of the newer residents in the expensive housing of South Rockville distance themselves from their plebian postal address by claiming to live in North Bethesda. So Rockville really only appears on the snobbish list by dint of its proximity to its genuinely snobbish neighbor.

How, you might wonder, did cities qualify for the list? In the Old Country snobbery is a simple matter of birth. Title, accent, old school tie; all are passed on with the ease of genetic code, along with the crumbling castle (or at least a mansion), the family silver, noblesse oblige, and a long nose the better to look down with. Money really has nothing to do with it, unless it is very old money, never discussed in public and certainly not flaunted. But here in America it is a bit more complicated. In the land of limitless opportunity snobs are not born, but self-made. Any American, born into no matter how humble the circumstances, can aspire to snobbery. And money is a prerequisite because snobbery is a commodity like any other, for sale to anyone who can afford it.

To see how this plays out we need look no further than Movoto’s criteria for developing the list. First, and unsurprisingly, they looked at income and average home price. Wealth equals snobbery, if unfair, is surely as American as tarte aux pommes. But then Movoto’s experts turned to more revealing measures. Bethesda came in at number 2 because 83% of the population has a college degree and the city boasts more performing arts venues and art galleries and fewer fast food eateries than average. So here we have the American definition of snobbery: higher education, culture, and cuisine. If you enjoy a ballet in your leisure time instead of a NASCAR race and frequent restaurants with French menus rather than eat at McDonalds, you are a snob. How easily politicians have mined this rich lode of American prejudice. You can’t even run for Congress now in some parts of the country unless you denounce evolution as the godless invention of those over-educated elitists – scientists. Bethesda has more than its fair share of scientists, another fact that surely helped its elevation to the list. Just a stone’s throw from my library is the National Institutes of Health and the National Library of Medicine. They’ve had some bad publicity lately, giving even those inclined to respect science cause for concern. Vials of smallpox dating from the 1950’s were found forgotten and unsecured in a closet in a Bethesda lab. Here’s hoping the CDC in Atlanta keep better control of the Ebola virus they’ve invited into their midst.

Movoto also made note of the sense of entitlement that characterizes the snob. That’s the quality most annoying to those of us who have to deal with them every day, like librarians. Bethesda residents are said to maintain “most rigid standards that must always be met.” I can say with assurance that many of my library patrons exemplified Movoto’s definition of snobbery. So many of them were Anglophiles who sought out books by British writers, a preference for things foreign that is a telltale sign of an American snob. As for entitlement, how can I forget the elegantly dressed woman who refused to pay her library fine of 75 cents because she left the book at her second home?

But look beyond the snooty face of America’s second most snobbish city and you may see some contrary signs. I once summoned the police to the library for a disruptive patron incident. One officer told me that the library is situated in the middle of an area known to the local cops as Bethesda’s Bermuda Triangle. He explained that while the area is not known for a lot of major crime, it does have an unusual number of “weird” incidents, hence the Bermuda Triangle name. Curious, I asked if he knew why. He told me that many of the current owners inherited their childhood homes when their parents died. They don’t really have the financial means to live in such an expensive area, causing a lot of stress and family issues that erupt into strange behavior involving the police. Apparently it is not easy to live among snobs.