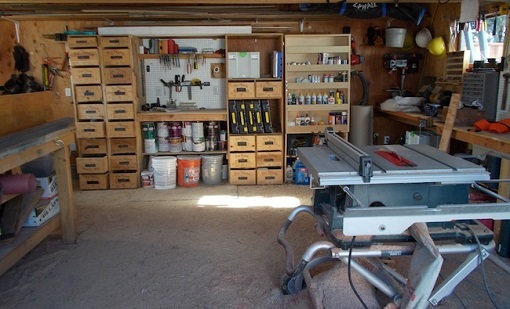 Can you buy an ordinary bottle of wine, stick it in your garage for a few years and expect it to improve with age? Henry Jeffreys tries a scientific experiment…

It’s not often I get told off for not talking about wine. In fact a few years ago a flatmate bought me a heavy glass ashtray and said that she’d brain me with it if I started pontificating on the subject. But recently on my blog someone commented  that I should stop talking about my effing book (I paraphrase here) and get back to wine. So suitably chastened, let’s talk about wine.

When I worked in the wine trade I had a colleague, let’s call him Clive, who claimed that Glenloth, a very ordinary Australian red that we sold for about £3.50 a bottle, became something quite notable after a few years in the cellar. I assumed at the time that this was nonsense. Also, Clive coached women’s hockey which I thought was somehow suspect as well.

Anyway, I thought of Clive whilst rooting around in my father’s garage last month. He really does have a lot of wine including odd bottles that he’s forgotten about. I thought it would be interesting to pinch/ liberate a few and see how they had fared. I didn’t take anything particularly good, just everyday stuff that was probably over the hill. Here’s how I got on:

An old Wine Society favourite from the Roussillon. The current vintage on sale is the 12 at £6.75. This is normally a slightly chewy robust sort of wine with lots of dense black fruit. Three years or so in the garage and it had emerged better than ever. The fruit seemed brighter (I am of course working from memory) and with more cherries, the tannins were very gentle and there was a distinct herbal quality. Best of all there was none of the stink, dilution or vinegar one can get with wine that has been kept too long. The flavours were crisp and bright. Only a chewy finish gave the age away. Verdict: Pena does age.

Another old favourite this time from Majestic (current vintage is 2001 at £9.99). Now I could see immediately that it had been kept too long, the colour was very pale, the tannins had gone but apart from these, it was in surprisingly good condition: still plenty of fruit, some lovely spice and a distinct woody smell to it. I’ve had Gigondas that have aged worse. Verdict: worth keeping though not for 7 years.

I normally love this wine from Waitrose (currently on offer for £6.69 doesn’t say vintage but would be 2012/13) but an extra two years aging had not been kind to this wine. Hardly any fruit or any taste in fact though still a nice smell of green peppers. Verdict: don’t keep.

So what did I learn from this rigorously scientific experiment? Well most wines are designed to be drunk young and you’d be foolish to keep them. Some, on the other hand, might not necessarily be better aged, but they will be different and can be delicious and even interesting.

The sort that stand up well to his treatment are cheap but not dirt cheap wines from the South of France. Basically if it’s got a bit of stuffing and isn’t all about upfront fruit, then it might be worth keeping.