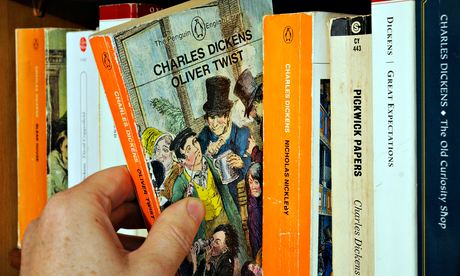 Of course Michael Gove didn’t actually ban any American books from schools, but that didn’t stop a good argument about British and American literature. Rita weighs in…

Two contrary news stories from Britain caught this librarian’s attention recently as they both have to do with books. First was education minister Michael Gove’s supposed banning of American novels from the school curriculum in favor of British literature; and second was the venerable Man Booker Prize opening the competition to American authors for the first time. The Man Booker Prize, of course, reflects the nation’s literati, by whom Mr. Gove has been widely condemned as a philistine.

It turned out that Gove had done nothing of the sort and the story was another media fuss about not much, but it nonetheless led to some strong arguments about the merits of British versus American literature. From across the Atlantic cultural divide it was hard to feel sympathy for either side in the argument. Banishing Of Mice and Men and To Kill a Mockingbird would surely be chauvinistic, but the outcry from so-called educators that inflicting Shakespeare and Dickens on young people would be “crushing” and “boring” shocked this British educated expat.

I’ve long believed in the superiority of my English education, partly because it seemed free from the culture wars that plague American schools, so I was horrified to think that Britain might be engaging in patriotic book-banning. Every year the American Library Association (ALA) celebrates Banned Books Week, encouraging libraries across the nation to oppose censorship by displaying books that have been banned, mostly by school districts in response to complaints. The ALA list of Top 100 Banned or Challenged Books in the first decade of the 21st century includes many classics. And yes, both Of Mice and Men and To Kill a Mockingbird are on the list. In Texas, where Christian conservatives took control of the school board, they are busy diminishing Thomas Jefferson’s place in history (he promoted separation of church and state after all) in favor of teaching that America is God’s chosen nation. Slavery and civil rights are downplayed, while Confederate generals and the right to bear arms take center stage. And of course there is the long-running battle across America over teaching creationism in science classes as a valid alternative to evolution.

Viewed through the gauzy veil of nostalgia my education in the 1950’s and 60’s was a ‘Govian’ ideal. I never read an American novel but I did read Middlemarch (apparently Michael Gove’s favorite book), I labored through Bleak House, read Chaucer in the original Middle English, and tackled a new Shakespeare play every term. History was a heroic tour of why “Great” comes before Britain. Although it was the twilight of empire our teachers didn’t acknowledge the fact. Our world maps were still reassuringly stained with imperial red. Anti-Americanism was practically a religion, summed up in the last line of 1066 and All That: “America became Top Nation and History came to a Full Stop.” Perhaps it was the disconnect between this education and the reality of the changing world around us that made my generation rebel. For the classics didn’t narrow our minds, they expanded them and enabled us to move beyond the world we inherited from the generations before us.

As librarians and sensible parents everywhere know, once you introduce children to the pleasures of reading they will explore the world of books on their own for a lifetime. I started out with the complete oeuvre of Enid Blyton, the Just William books, and Arthur Ransome’s Swallows and Amazon series. I dipped into my father’s bookcase and discovered his collection of Billy Bunter books. In school I read the British classics but on my own I discovered a New World. The very first American novel I read was Moby Dick and I’ve never forgotten the strange, mesmerizing experience. I alternated chapters with reading Paradise Lost, the set book at school, and forever after the characters of Satan and the Whale are linked in my imagination. I shocked my English teacher by recommending Madame Bovary to the class. She cut me off and explained that it was on the “index” of books Catholics were forbidden to read. At home one evening I was reading William James’s The Essence of Humanism, another forbidden book, when our parish priest stopped by for a visit. I hastily slipped it under the sofa cushion. So might an American young adult today hide a “banned” book under her pillow.

I hope the efforts of any book banners on both sides of the pond come to naught, but I really think Mr. Gove is right in suggesting that at least some British classics be taught in British schools. It is quite shocking to think that this is controversial. He will be glad to know that here in America British Lit lives on. Shakespeare and Dickens are staples of high school English classes. And on that list of 100 most banned books there is only one British classic, Brave New World.

As of yet American educators have not retaliated in the Book Wars by suggesting that American young people read only American classics. Nor have the arbiters of American literary taste suggested that we reciprocate for American inclusion in the Man Booker Prize. Ian McEwan and Hilary Mantel will not be getting a Pulitzer or a National Book Award any time soon. I am actually opposed to including Americans in the Booker for pragmatic reasons. To American readers, particularly the anglophiles who flock to our public libraries, the Booker is the Holy Grail of British writing, the essential guide to new British fiction. Book clubs across the nation compile their reading lists from the year’s literary prizewinners, with the Man Booker short list providing the essential British ingredient. Americans don’t need yet another recommendation for The Goldfinch, a novel that incidentally reveals the influence of Dickens on every page.