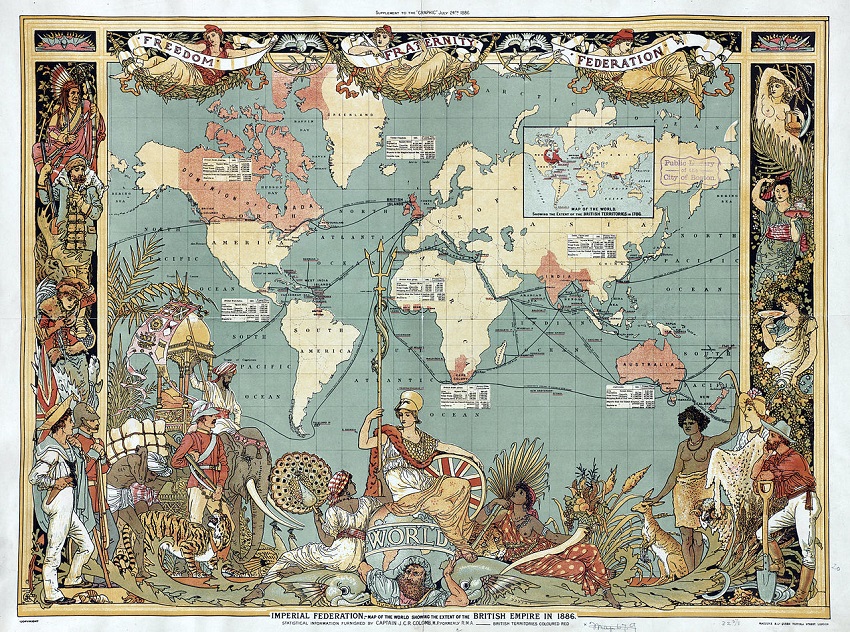 Why did port and sherry conquer the world while equally good French equivalents remain local obscurities? Because the British Empire globalised booze, argues Henry in his forthcoming book…

Perhaps my favourite part of France is the Roussillon, the area closest physically and culturally to Spain. My wife calls it Sprance. I love it for the scenery, the food, and the rugby-mad locals but most of all for its traditional fortified wines. One I tried last summer was a Rancio Sec from Domaine des Schistes. It had the words Barriques Oubliees (forgotten barrels) on the label which sums up these wines for me. They’re not easy to obtain outside France and at home they’re in steep decline from their 50s heyday. Most vineyard owners are turning to table wines (which can also be extremely good.) Maury and Banyuls are the two best known appellations, made from Grenache noir they are the French answer to port. Much further North in the Jura is the French answer to sherry, vin jaune. Like sherry it is matured under flor. It tastes like a sort of funky farmhouse fino. It is made is minute quantities and sells for about $50 a bottle.

Now compare these wines with their Iberian equivalents: sherry is a world-renowned product, made and marketed in vast quantities by multinational conglomerates. There is probably not a bar in the world that doesn’t have a bottle of Tio Pepe. It’s a similar story with port. Admittedly both are in decline from the 1970s peak, but they still make waves internationally. The 2011 port declaration was launched with a global PR push. You don’t get that with Banyuls. So why did port and sherry conquer the world whilst their French equivalents remained local specialities? I would argue that the crucial difference was the British influence. In the case of Port, Britain pretty much invented the wine we know today by fortifying the powerful wines of the Douro, in sherry it was more about marketing and selling the wine that was already there. If you scratch the surface of most of the world’s great wines, you will find a British influence.

I’m writing a book called Empire of Booze which looks at how the formation of Britain and the growth of the Empire created the drinks that we love today. Though it might seem to be a narrow way of looking at the world, it is turning out to be a very wide-ranging history. Through the prism of alcohol I will be looking at the American Revolution, the Dutch Empire, the histories of Portugal and Spain, the spice trade, the Napoleonic wars, Prohibition as well as the nascent wine industries of America, Australia and South Africa. It’s really a book about the globalisation of wine.

At the heart of the story is Britain’s troubled relationship with its big neighbour, France. The British love French wine, Bordeaux was for 200 years an English possession, but have an inability not to be at war with the French. Empire of Booze will examine Britain’s attempts to find a substitute for their beloved claret. But the British thirst for wine is also an attempt to deal with living on a cold, damp little island. Wine is a way of bottling the heat of the South to get one through the cold of the Northern winter. This leads me to the inescapable conclusion that the Empire was first and foremost a way to get a bit of warmth and colour into grey British lives.

My book Empire of Booze is being published through the crowd-sourcing publisher, Unbound. You can find out more about it and join The Dabbler editors in pledging money for your own copy here: http://unbound.co.uk/books/empire-of-booze

7 thoughts on “Empire of Booze”