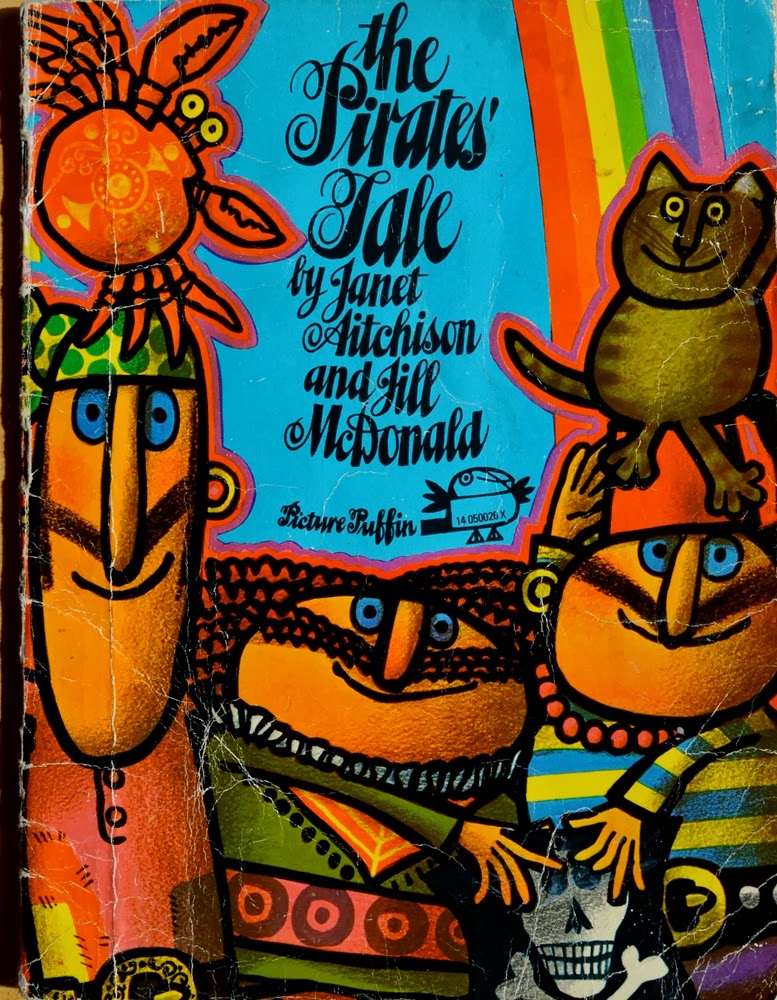 In October last year Frank Key posted about the wonderful Puffin book The Pirates’ Tale by Janet Aitchison, aged five and a half.

He said in the piece: Janet Aitchison will be middle-aged by now… We can only hope she gets in touch if she sees this. And lo! and behold, she did! Here’s her guest piece about the story, and the full text is reproduced below…

I was amazed and amused to see Frank Key’s piece about The Pirates’ Tale on The Dabbler – it went out of print nearly 30 years ago and I scarcely think about it these days. But the Editor asked me to contribute a post, so here’s the story behind the publication of The Pirates’ Tale.

As a five year old I had no ambitions to write a children’s book, indeed my five year old self could not conceive of such a thing. But I had recently learned to read and write, and one day embarked upon a rambling story written in erratic sloping lines on large sheets of scrap paper.

My parents tell me I woke them early in the morning asking how to spell words like ‘volcano’ and ‘mountain’ but, apart from this assistance, they had nothing to do with the writing until it was finished, at which point my mother decided to send it to the Puffin Club. Like Frank Key, we were members of this charming club and received the Puffin Post magazines every quarter. My mother thought my story might get printed in the magazine as they regularly published children’s poems, jokes and stories.

To my delight, the story appeared in the next edition… but little did I know that Jill McDonald, the staff illustrator at Puffin, had taken a shine to the story and suggested it be made into a Puffin book. A couple of years later, the book was published, complete with Jill’s wonderful illustrations.

It remained in print for about ten years and was translated into two or three other languages. Its publication propelled me into the Guinness Book of World Records as the world’s youngest published author and I received some attention from the news media when it was published being featured in a few newspapers and on the local BBC news program.

No further works of fiction followed – I like to say I peaked at five and its been downhill ever since! However, the experience did have some effect on my career path – I entered the publishing world as an editor and am now a Publishing Director at Cambridge University Press in New York. I’m sure my early experience with the Pirates’ Tale helped propel me in this direction! 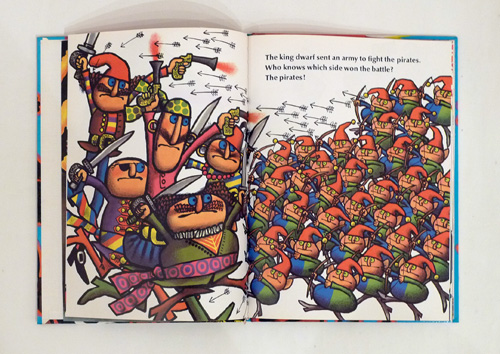 By Janet Aitchison (age five and a half)

Once upon a time there were some bad pirates. They sailed to a mountain. They dug in the mountain and found gold and silver. The mountain was a volcano.

One day the pirates found a crab. It pinched a pirate. The pirates screamed to see the crab. The pirates ran away to the ship and sailed to the mountain and got the guns and killed the crab and the pirates laughed.

The pirate said “Oh dear. The cheese is magic. I shouldn’t have given the mouse the cheese.” The mouse died.

The pirates died. The cat died.