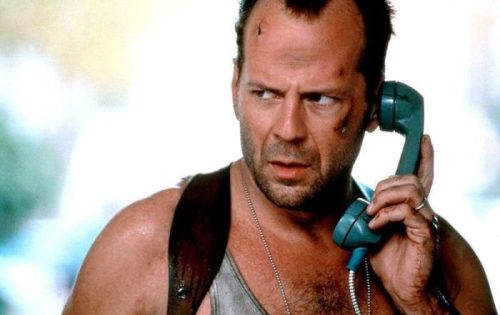 Bruce Willis – no admirer of proofreaders

“Proofreading is for pussies!” So declared Bruce Willis, when he was taken to task for his misspelled and ungrammatical contributions to an online discussion forum some years ago. And those pussies have become an endangered species. Several national newspapers no longer employ subeditors, and book reviewers regularly bemoan a drop in standards in the publishing trade.

Faced with an increasing reliance on automatic spell-checkers or the attitude that, in the scheme of things, typographic errors don’t much matter, those of us who are maniacally pernickety may hang our heads in despair. Let us take heart then, from the neglected yet magnificent Louis N. Feipel, the subject of a 1930 New Yorker piece by E. B. White:

Mr. Louis N. Feipel, a hazel-eyed scholar, has a job at the Brooklyn Public Library. He is director of publications. Nights, however, he goes home and sits down to a popular novel, slyly taking notes as he reads. When he has finished a book he gathers up his notes and addresses a letter to the author, beginning: “Dear Mr. Lewis, I enjoyed reading your book ‘Dodsworth.’ While doing so I made a note of certain points about its editing, typesetting, and proof-reading, which may possibly interest you…” Then follow about two closely spaced pages beginning “Misprints or Editorial Lapses,” going on through “Orthographic Inconsistencies,” and ending with “Miscellaneous,” covering everything from fuzzy pronouns to misplaced subjunctives. The author, on receipt of the letter showing up anywhere from two hundred to four hundred mistakes in his book, usually has to go to bed for a couple of days.

Eventually the author recovers sufficiently to reply. Mr. Feipel has received, in ten years of gratuitous proof-reading, more than three hundred replies – from Arnold Bennett, Galsworthy, Shaw, D.H. Lawrence, Cabell, Norman Douglas, Sherwood Anderson, Max Beerbohm, Ellen Glasgow, William McFee, Santayana, Havelock Ellis, Bertrand Russell, every writing person you can think of. Everybody but Conrad. Conrad maintained an eloquent silence, although Feipel managed to itemize a couple of hundred blobs in “The Nigger of the Narcissus” and “The Rescue.” Shaw called him “the prince of proofreaders”, and Galsworthy humbly promised to mend his ways in the future.

The bald, unconcerned manner in which Mr. Feipel lists the mistakes must be very galling. His letters (he types them himself and makes no mistakes in typing) merely list the inconsistencies, without comment. Like this:

Where a point of English usage is involved, he uses a question mark, to show he’s open to reason:

And he concludes with a long list of words and phrases headed: “Are the following as you intended them, or should we emend them as indicated?”

Lady authors, we have heard, are the most deeply stricken by the receipt of a Feipel letter. Many authors have offered him large sums to go over manuscripts of forthcoming books, but he likes his job in the Brooklyn Library. In a few cases he has acceded – he has read scripts for Fannie Hurst, Llewelyn and John Powys, and Francis Hackett. He is deadly serious about his hobby. He thinks books are better than they used to be but now even the average well-printed book has one hundred and fifty mistakes.

We expect a letter from him ourself, about this little story.

[My thanks to Ruthie Bosch – cover artist of By Aerostat To Hooting Yard – for alerting me to this splendid fellow.]

6 thoughts on “The Art Of Amateur Proofreadnig”