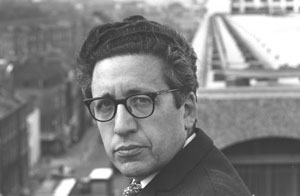 It occurred to me that it would be a good idea to write a modern, updated version of John Aubrey’s Brief Lives. But it further occurred to me that some books are unimproveable, and that in trying to follow in Aubrey’s footsteps I would embarrass myself and become the butt of ridicule. The idea continued to nag at me, however, and eventually I decided the solution was to outdo Aubrey in brevity. My own Brief Lives would consist of a single, unadorned fact about each of my subjects. So the reader may not learn very much about the life of X or Y or Z, but they would be armed with one little nugget which might come in handy to chuck into a lull during the conversation at the kind of swish sophisticated cocktail party to which they no doubt get invited.

I have only recently begun work on this mammoth project, which will occupy me for years to come, but here exclusively for Dabblers are some selected fruits of my research thus far.

Bierce, Ambrose (American writer, 1842 – vanished 1913). Bierce was one of thirteen children all of whose given names began with the letter A. His parents, Marcus Aurelius Bierce and Laura Sherwood Bierce, of Horse Cave Creek, Meigs County, Ohio, named their children, from the oldest to the youngest, Abigail, Amelia, Ann Maria, Addison, Aurelius, Augustus, Almeda, Andrew, Albert, Ambrose, Arthur, and the twins Adelia and Aurelia.

Harmsworth, Alfred, Lord Northcliffe (British newspaper magnate, 1865 – 1922). One day at a seaside resort, Northcliffe wantonly struck down a seagull with his stick and beat it to death on the sand.

Jansson, Tove (Finnish writer and illustrator, 1914 – 2001). When staying at her Finnish island retreat, it was Tove Jansson’s practice to get out of bed at four o’ clock in the morning and stand stock still, pretending to be a tree, while a squirrel ran up and down her frozen limbs.

Lennon, John (British musician, 1940 – 1980). According to Bernard Levin (q.v.), “there is nothing wrong with John Lennon that could not be cured by standing him upside down and shaking him gently until whatever is inside his head falls out”.

Schubert, Franz (Austrian composer, 1797 – 1828). Upon his deathbed, Schubert’s final wish was that someone would bring him some books by James Fenimore Cooper.