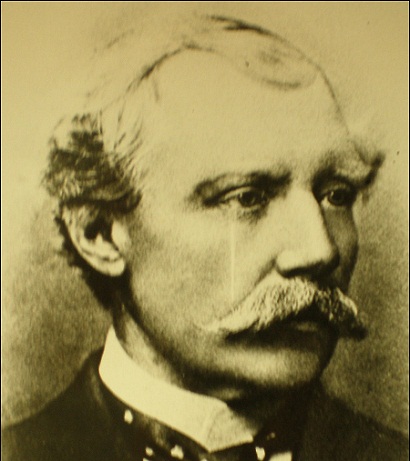 Anderson, John Henry (British magician, 1814 – 1874). The first magician to pull a rabbit out of a hat, Anderson also did a trick which he described as “a Grand Ambidexterological Illusion with 12 Handkerchiefs, into which will be introduced the Enchanted Loaf and Learned Bottle, the Animated Orange and the Invisible Pigeon”.

Brooke, Charles (British, Rajah of Sarawak, 1829 – 1917). An austere character, Brooke deemed jam “effeminate” and replaced his glass eye with one taken from a stuffed albatross.

Callaghan, James (British politician and Prime Minister, 1912 – 2005). When Tom Driberg married Ena Binfield in 1951, Callaghan gave them as a wedding present four ashtrays, two of which were broken.

Charles I (British king, 1600 – 1649). According to John Selden, during Charles’ reign, there was “nothing but Trenchmore & the Cushion dance, Omnium gatherum, tolly polly, hoyte come toyte”.

Gibson, Willie (Irish, 2nd Baron Ashbourne, 1868 – 1942). An enthusiastic Gaelic nationalist, Gibson was rumoured to keep a tortoise in his sporran.

Russell, Ken (British film director, 1927 – 2011). According to Glenda Jackson, the only direction Russell ever gave to his actors was to say “It needs to be a bit more … urrrgh”, or “a bit less hmmm”.

Stein, Gertrude (American writer, 1874 – 1946). Stein liked to write while looking at cows. She and Alice B Toklas would drive around until they found a suitable spot, then Stein would sit on a campstool armed witb pad and pencil, while Toklas coaxed a cow into her line of vision.

Wesley, Samuel (British clergyman and poet, 1662 – 1735). On Christmas Day 1716, Wesley was haunted by an apparition of a badger with no head. It was called Jeffrey.

ADDENDUM : There was a grave and inexplicable omission from last week’s entry for Bernard Levin. The correct version is as follows: