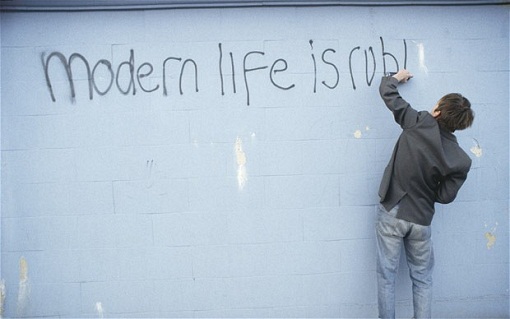 Was there really a Golden Age of pop music? Yes, argues Brit. It was circa 1950 (or possibly earlier) to the present day…

In general, people believe that pop music enjoyed a Golden Age during precisely the period that they were aged 16-25 and that it then declined rapidly – or possibly, instantly –  thereafter. And they argue that this is the case whether they were so aged during the 1950s, 1960s, 1970s, 1980s or 1990s. Doubtless noughties now, too. Which suggests, to me at any rate, that Golden Ages and declines have a lot more to do with the person than the culture. This, indeed, has been a perennial debate between the Dabbler Editors (Gaw is a Golden Age-ist, 1980s-flavour); along with a less fractious, modified version which holds that if musical quality and musical talent didn’t necessarily completely go to the dogs on 31 December 1989, then mass youth pop culture movements – of which music is an important part – did. I have less to say on this topic as I’m not really qualified to make judgements about grime, rioting or whatever it is the kids like to indulge in tribally these days.

But any which way, Golden Ageist analyses depend on a narrative view of pop music and culture, and lend themselves to often hilariously po-faced, pop-based socio-historical yarns of the John Harris/Paul Morley/Stuart Maconie kind. Oh the terrible importance of the Jesus and Mary Chain’s second album, etc etc. (I once wrote a nonsensical parody of these narratives, and so ingrained and commonplace are the clichés of the genre that several commenters, scanning, didn’t even notice that it was a parody).

The more you think about the ‘music died in (1968/1979/1997 whatever)’ school of thought, the odder it looks, given the shortness of the timespan (rarely, for example, do people make claims like “I love the plainchant of the 1130s, but it was absolutely rubbish in the 1140s”) and even more so, for me, since I’ve had the beloved Brennan JB7 – that marvellous bit of jerry-built British kit that plays your entire music collection at random. Thanks to their Daddy’s assiduous and expensive lifelong CD-collecting habits, my little girls enjoy near-constant submersion in a vast ocean of glorious and diverse pop music – and do they care that one sing-a-long-er is from California 1966 and the next from Manchester 1996? They do not, since all that happened in the last millennium anyway, in the abstract, not-real land of Before They Were Born.

Which isn’t to invalidate the greatness of the music of your particular youth, of course. It was indeed a Golden Age, but the reality of it is that you can slice and dice your pop music however you want: horizontally, vertically, by chronology, country, city or genre, and make it make as much sense as you want. The ratios (80% rubbish; 18% good; 2% inspired) stay more or less the same. And Pop will go on, and go on being Golden, for as long talented youngsters are wanting to pick up a guitar or a computer and make a noise.

To celebrate this happy truth, here are four witty little British kitchen-sink pop gems – one of my favourite genres, as it happens – from the Witty Low-Key British Pop Gem Golden Age. It doesn’t matter which particular years they were released in, does it?

Squeeze – Up the Junction