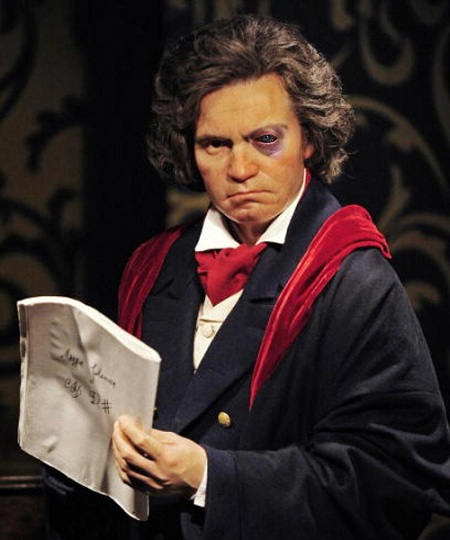 Mahlerman gives us a tour d’horizon of the serious music scene in 2013, and he pulls no punches…

Or is it just dying, very slowly, and the priest is on the way?  Writing this in the shadow of the closure, after more than 90 years, of the HMV music chain (following Borders and Zavi), and the dumbing-down of BBC Radio 3 which continues remorselessly, it feels very much like the body has been measured, the oak has been cut to size, and we just have to nail down the lid and lower it into the ground.

But what is ‘classical music’, and is it the terminology that people struggle with?  Well, strictly speaking it is music written in the one-hundred years between 1700 and 1800, the Classical Period – which makes WA Mozart’s music ‘classical’, but rules out Gustav Mahler and Richard Strauss, and any composer that followed them.  So, do we need a re-brand of this genre?  ‘Art Music’ and ‘Serious Music’ both appear from time to time, but I imagine either or both would alienate more prospects than they would excite.  Leonard Bernstein struggled with this question more than 50 years ago in his now-famous Young People’s Concerts and Lectures, and the best that the great polymath could manage was ‘Exact Music’ which, though it perfectly describes what a composer does, it makes no allowances for the multitude of sounds that can emerge from the precise instructions that he inscribes, when thousands of interpreters try to make sense of the dots and dashes on the page.

I fear the anti-intellectualism against  classical music is a grave error, and evidence of it is everywhere.  Do you squirm when you think back to air-guitar Tony Blair cozying-up to Noel Gallagher at No10 in 1997?  Well think on to Dave ‘man of the people’ Cameron on Desert Island Discs a couple of years ago.  This intellectual giant would be happy lying in the sand drinking his luxury, whiskey, and reading his chosen book, The River Cottage Cookbook.  And the music to nourish his essence?   Among a gruesome list containing The Smiths, The Killers and REM, Benny Hill’s Ernie (The Fastest Milkman In The West) takes the palm.  Yes, he has a first class honours degree (PPE) from Oxford, but is there anything going on in there?  A soul perhaps?

Almost 20 years ago Classic FM was born, cutting ‘the classics’ into bite-size chunks and hiring a few jocks ( Anthony Burgess: ‘Electronic Lice’) to keep things moving, and a parasitic PR machine to get the message across – the message being, I suppose, that classical music is for everybody, and absolutely not  dependent, as many had claimed, upon the quartet of education, your financial status, your social class or the influence of your parents.  At the time, BBC Radio 3 had an audience hovering around 1.9 million, and I clearly remember that the suggestion put forward was that most of those people would soon be dead, or taking liquidised meals.  The then Managing Director of Radio Ian Trethowan described the station as ‘a private playground for elitists to indulge in cerebral masturbation’.   What Classic FM shareholders quickly discovered to their collective delight was that by chasing audience volume they were able to trounce R3 in the ratings, hitting almost 4 million within a few years – proving that they were able to ‘find’ a completely new audience for ‘digestible classics’.  But this was not the tragedy;  that was waiting around the corner.  The suits, the Tristrams, the hard-of-thinking at R3 decided that a rush to ratings was the way forward, and if that meant that baby and  the bathwater had to be jettisoned, so be it.  Baby in this case was what I remember from my distant childhood, The Third Programme, one of the many glories of the post-Reithian world that sought to ‘entertain, inform and educate’.  Formed in 1946 the programmes were usually pitched at a level slightly above the imagined level of the listeners, thus allowing them to be gently lifted and educated, something they (we) were quite happy to submit to.  The bastard spawn of The Third Programme, Radio 3, first saw the light of day in 1967 and very quickly the rot set in.  By 1970 Broadcasting in the Seventies  was published, laying out R3’s ‘target audience’ and what the future ‘content’ should comprise – this being completely counter to the Reithian principals that, until then, had prevailed.  Now the rot really set in.

Spool forward to the brittle 90’s and, under the aegis of Nicholas Kenyon, the introduction of ‘drive time’, a shameless counter-punch to the advance of Classic FM.  The American-born DJ Paul Gambaccini was poached from Classic FM, where he had presented ‘Music for Lovers’.  A handout titled ‘From Puccini to Gambaccini’ stated that his new programme would consist of ‘classical greats’ and that Paul would bring ‘his relaxed but knowledgeable style to the programme and take you on a stimulating journey through 500 years of the classics’.  Well, I’ll go to the foot of our stairs!  As the new Millennium dawned, the trickle down-market became a flood under the present Controller Roger Wright, and the likes of Natalie Wheen could be heard uttering inanities like ‘this is music that really hits the G-spot’.  I also heard, admittedly on the US Station KDFC, ‘That Mozart – what a guy!’.  Has the bottom been reached, I wondered?  No, was the short answer.

‘….the idealogical sting, the madness, the beauty, the improvisational genius of it (classical music) has all been taken away ….the way it is presented on Radio 3, I often feel like I am on a long journey to my own funeral’.

So, what is to be done for what EM Forster, talking about Beethoven’s Fifth Symphony in Howard’s End called ‘ The most sublime noise that has ever penetrated into the ear of man’.  What we don’t  need are the presenters ‘with smiles in their voices’ on the recently renamed Radio 2.5 – the fawning, vacuous bootlicking of, say, Sean Rafferty; nor do we need the polished PR surface projecting above the waves, when an iceberg of trouble is invisible below.  What we need to face up to is that, as a nation, when it comes to art (and this is true in other ‘artistic’ disciplines) it is raw fear that is the dominating emotion.  Serious Classical (I can’t think of another word) music, as Stephen Fry reminds us, needs time and space.  You sit in your front room, or you take your seat in a concert hall, and you listen.  You sit down and you listen.  And if you are prepared to make that simple investment of time, music (especially the best of it) will take you on a journey inside yourself; music that because it is about nothing, is about everything.

Last year was a pretty grim one for both creative and re-creative artists.  Composers Elliot Carter, Hans Werner Henze, Jonathan Harvey and Richard Rodney Bennett are no longer placing dots and dashes on a manuscript; Evelyn Lear, Lisa Della Casa and the great Russian soprano Galina Vishnevskaya will no longer be offering us their indelible operatic roles; and the list of conductors and instrumentalists is almost upsettingly long – Paavo Berglund, Alexis Weissenberg, Maurice Andre, Charles Rosen, Ruggiero Ricci……there are more, and a dying civilization can ill-afford the loss.  The greatest, for this writer and many others, is the passing of the great German lyric baritone Dietrich Fischer-Dieskau, about whom I will post later in the year.  All dabblers can afford to invest just over two minutes of their lives; invest them here, in An Die Musik by Franz Schubert, and do not forget the incomparable pianist Gerald Moore.

12 thoughts on “Is Classical Music Dead?”