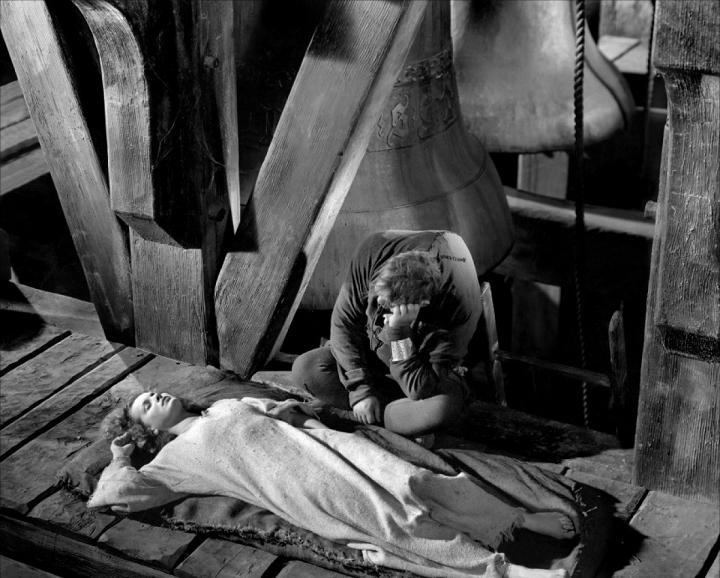 This week Mahlerman’s ears are ringing…

Whilst not exactly littered with (good) examples the bell, in all its many forms, is quite common throughout the classical music canon, at least from the mid 19th Century onward. Gustav Mahler had a particular weakness born of a peculiar sentimental streak that somehow managed to stop short of wrecking some of his greatest works – the two monster symphonies, 2 and 8 both employ deep bells, the Haydnesque No 4 requests sleigh bells, tubular bells are used briefly in No 7 along with the magical cow-bells Mahler heard as a child in the fields of Bohemia, and the tragic No 6 insists on most of the above, with the addition of such quirks as a rute, a kind-of witch’s broomstick, used to strike the side of a drum, and a hammer. This last should not of course be any old hammer from Wickes. The effect Mahler was looking for at the very end of the symphony was described as ‘non metallic’ and should be ‘brief and mighty, like the fall of an axe’. The last time I heard the piece live, a huge wooden mallet with a two metre long handle was used to strike a cube of wood, the head of the mallet starting its journey behind the percussionist’s head and describing an arc above it, rather like those doctored ‘high strikers’ at fairgrounds, manipulated by the management to make strong men look stupid.

A couple of weeks ago, commenting on Rita Byrne Tull’s great piece about National Anthems, Philip Wilkinson mentioned the wonderful reworking of the Marseillaise by Hector Berlioz in 1830, and I would urge dabblers to seek it out as, in a way, it encapsulates the essence of this great romantic. For many the beginning and end of Berlioz is the unique Symphonie Fantastique, composed in just six weeks when he was 27, it remains one of the most remarkable outbursts of genius in the history of music. The opium-induced feverishness of these ‘Episodes in the Life of an Artist’ are difficult to describe, much easier to listen to. The players of the Orchestre National de France playing here in Paris in 1976, have this music in their DNA, and Bernstein seems to be enjoying this pulsating version of the Witches Sabbath last movement, the funeral bells heard just before the arrival of the idee fixe that will dominate this section, the Dies Irae, the ‘Day of Wrath’ from the Latin Mass for the Dead. Nothing like this music had been heard before, and there has been very little like it since.

Cathedral bells are evoked in the hazy beauty of Prelude No 10 of Claude Debussy’s Book One, the magical Cathedrale Engloutie or ‘Sunken Cathedral’. This impressionistic ‘picture in sound’ brings to mind the remarks made by the Italian composer Alfredo Casella when speaking about Debussy’s playing of his own music, ‘he made the impression of playing directly on the strings of the instrument with no intermediate mechanism – the effect was a miracle of poetry’. This was not the way with the great Italian virtuoso Arturo Benedetti Michelangeli, though he was able to produce poetry, and miracles. His extraordinary control of tone colour, and seemingly a complete inability to play a wrong note can give the impression of an imperious personality. Not so – but the truth was that he did not enjoy the itinerant life of a world-class pianist, and constantly yearned for privacy and even solitude. Famous for canceling almost as many concerts as he performed, his enduring obsession was with the ‘sound’ of the pianoforte, and how a minute adjustment here, or a holding-back there, can change that crystalline perfection.

On May 30th 1962 I was a spotty, hormonal 15 year old with a growing interest in music and girls. The new Coventry Cathedral had recently been consecrated and David Lepine, its first organist and choirmaster, had recently turned me down to sing in the first and second performances of Benjamin Britten’s War Requiem, quite possibly because my voice had broken and I looked like a gargoyle. I knew very little serious music, and had never heard of Britten – but my inside track at the choir got me in to the first performance, and the second. It didn’t knock me sideways (as it does now); I thought it was too long, and the six parts should be cut down to perhaps four. Oh, my shame! I have heard the piece many times since those far off days, most notably Giulini’s performance at the Albert Hall in 1969, and not once have I left a hall without noticing tears streaming down faces, while struggling to control my own emotions. Here, the late, much lamented cellist and conductor Mstislav Rostropovitch, husband of Galina Vishnevskaya, the great Russian soprano slated to sing at the premiere but thwarted by Soviet officialdom, conducts the closing pages, creating an almost unbearable tension.

The Armenian Aram Khachaturian is not a symphonist, but he did compose symphonies – three in fact. Nor is he top-drawer in the handful of ‘colourful’ concertos he composed, the D flat Piano Concerto being a particular horror, decked out in mock-oriental style and featuring, in the otherwise attractive slow movement, a section using a Flexatone (no, you look it up), which sounds like a demented Swanee whistle. But….my, could he write a catchy tune. The Second Symphony dates from 1943 and a few years later won the Stalin Prize but, knowing Joe’s tin ear for music we can put this to one side. The piece acquired its nickname ‘The Bell’ for reasons that will become obvious to you, and although it possesses all the trademark weaknesses of this composer – a chronic tendency to repeat a phrase ad nauseam, and a stubborn refusal to appreciate that enough is enough – I have to admit to a soft spot for it, as the 50 minutes of its duration are simply packed with tuneful melodies – the sort that you will find yourself humming the next day. It is also the second loudest symphony I know, the loudest being this composer’s mad third.

10 thoughts on “The Bells, The Bells”