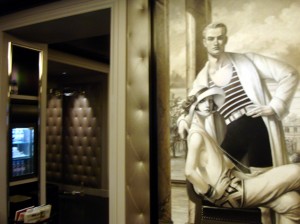 This time of the year is hell for regular gym-goers like me. In the New Year rush to achieve bodily perfection, classes are full to bursting point with uncoordinated newbies, whose lack of spatial awareness makes even the most basic of aerobic moves positively hazardous. Nevertheless, as the debate rages on about leaking breast implants and dodgy plastic surgery, I remain firmly committed (at least for the moment) to making the most of what I’ve been given. Last year that involved taking drastic measures, when I challenged myself to a juice fast cum yoga retreat in rural Wiltshire. However, this year, I’m considering taking up a gentler, more French-style exercise regime.

It never ceases to amaze me how remarkably svelte older French women remain, despite regularly tucking into heavily buttered croissants, fromage et jambon-laden baguettes – and spending hours at the lunch table, before embarking upon a slap-up three course dinner – both with the obligatory glass of wine, of course.

Have you ever noticed how the French rarely ever participate in sweaty physical pursuits? Instead, they prefer a leisurely promenade around the block in their finery, often accompanied by un petit chien. Even President Sarkozy had to give up his model wife’s jogging-based fitness regime in favour of the somewhat gentler diversion of running the country. I was wondering if perhaps the French get all the exertion they need during passionate love-making sessions (citation needed)… Alternatively, could their seeming aversion to strenuous activity be something to do with using very little soap? 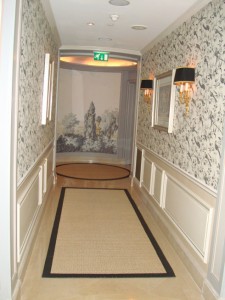 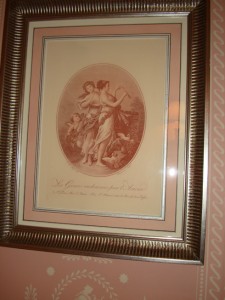 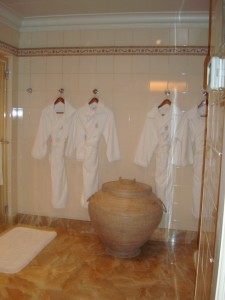 To me, the spa at the George V Hotel in Paris typifies the traditional French approach to working out. Decorated in powder-puff pink, with Fragonard style prints and Gatsbyesque murals, a maze of prettily lit corridors leads to sumptuous candlelit sitting out rooms, with plumped-up day beds, veiled by lazily draped gauze curtains. 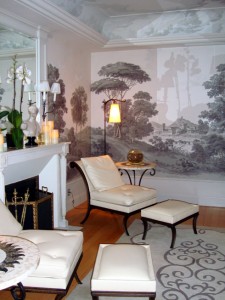 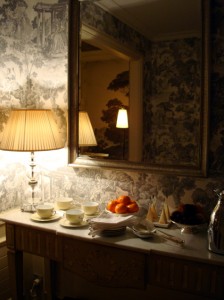 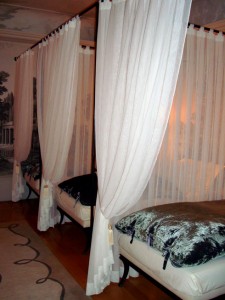 A workout here need consist of nothing more than donning an imperially fluffy white robe, with slippers to match, and simply padding about all day. You can sit by the classical style pool, or drift into the gym to take a look at the empty machines and unused weights – set off magnificently by fat, leather padded walls (perfect for cushioning unexpected blows caused by post-sauna somnolence). 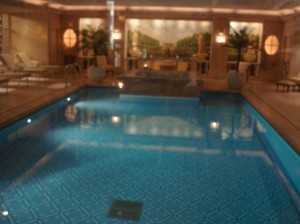 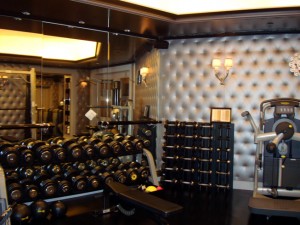 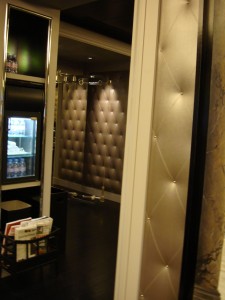 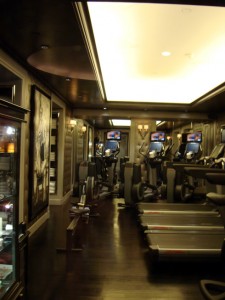 The tempting array of treatments includes the signature ‘A Stroll to Versailles’ – inspired by Marie Antoinette’s beauty regime, and consisting of an orange blossom body scrub followed by a relaxing massage – plus an unforgettable milky facial…and macarons. 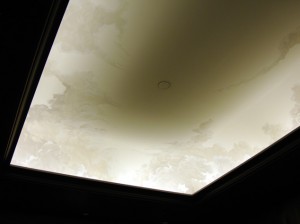 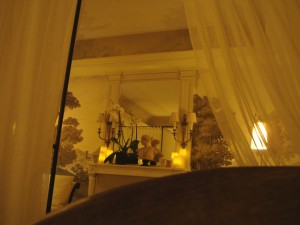 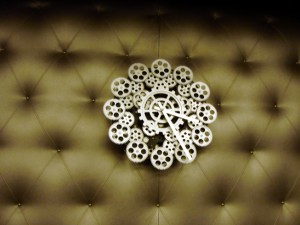 With a ready supply of magazines to hand, together with limitless cups of tea and enticing snacks, time simply flies by. Before you know it, a smiling waitress will be around, asking if you’d like a little something from a gigantic mound of dried fruit. Yum. 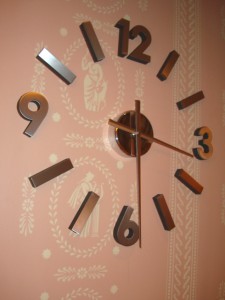 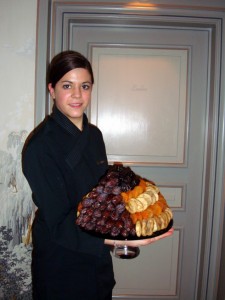 I must admit, I’m quite taken by the French approach to fitness, though it could turn out to be seriously costly (and that’s before the Euro crisis hits home). It’s probably just as well that the 2012 Olympics are being held in London, and not Paris… non? 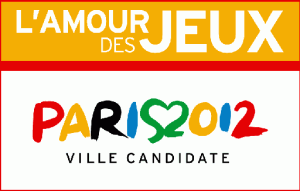