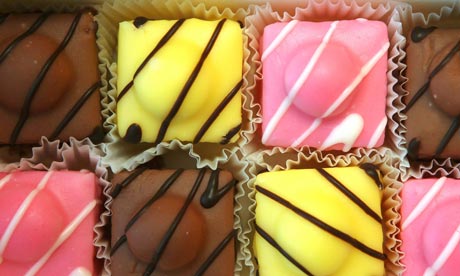 Importantly, Frank is thinking about poets and biscuits this week…

No one who has been exposed to British advertising for the past god knows how many years will be unaware that Mr Kipling makes exceedingly good cakes. The cakemaker shares his name, of course, with the poet of Empire, Rudyard Kipling.

Incidentally, it is a mystery to me why “Rudyard” never caught on as a popular Christian name for boys. I have certainly never met anyone called Rudyard, and I doubt if most Dabbler readers have either. And yet, with that imperial connection, you would think it would have gone through a period of fashionability, perhaps in the first half of the last century. Would we think slightly differently of The Beatles had they been John, Paul, George, and Rudyard, I wonder?

Another thing I wonder is which other poets might lend themselves to the naming of cakes and other sweetmeats. Father Hopkins? Miss Plath? Mister Paulin?

I suppose the latter would be best suited to some kind of plain biscuit, an Irish version of Rich Tea, the biscuit always last to be picked from a selection box, but eminently suitable for, say, a mordant picnic experience on a windswept unseasonal afternoon, with drizzle threatening and melancholy cows looking on from behind a dilapidated fence, and off there, in the distance, his shotgun over his shoulder, intent on killing crows, Old Farmer Paulin himself, muttering and cursing the unbearable filth and misery of existence. 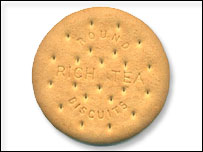 Frank Key has embarked on the no doubt foolhardy project of writing a brief daily essay over at Hooting Yard. Since the new year dawned he has addressed topics including perpilocution, the moustache of Archduke Stephen, Palatine of Hungary, and potatoes. While you are reading them, you may feel compelled to contribute to the Fighting Fund For Distressed Out Of Print Pamphleteers, via the PayPal button on the Hooting Yard website.