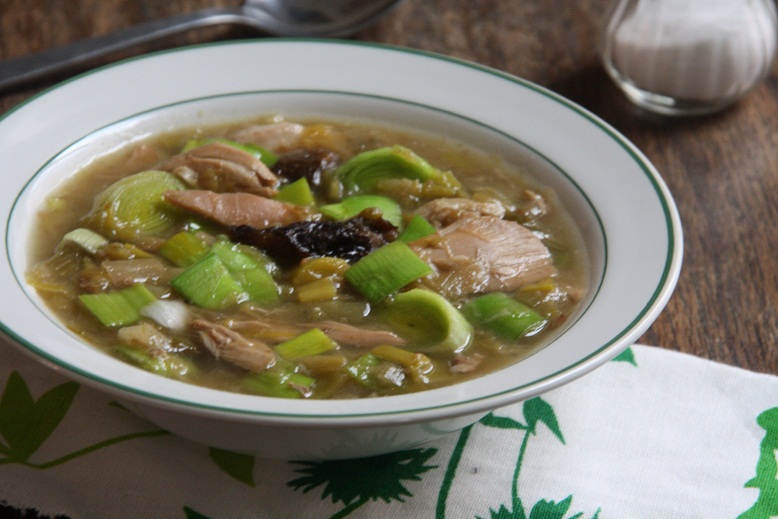 The first Burns Supper took place on the 21st July 1801, on the anniversary of Robert Burns’ death five years before. Nine of his friends gathered to toast his memory and recite his poems over an offal and whisky soused dinner. It was so successful that they met again on the 29th January 1802 to toast his birthday with more haggis, sheep’s head and whisky.

This was The Mother Club and year after year more Burns Clubs began to appear, in Paisley, Edinburgh, Oxford, London and beyond. The custom was quickly established, although it took a few years before anyone thought to double check the Ayr parish records and make sure that Burns really had been born on the 29th January. He hadn’t – his biographer had put the wrong date in his book – so the meal was finally shifted to the 25th January and there it has stayed.

These days a Burns Night Supper is stuffed with established ritual, from the host’s welcoming speech and the Selkirk Grace to the haggis’ entrance, toasting and thorough stabbing. The menu runs across familiar ground, too: soup to start, haggis, neeps and tatties for main (the sheep’s head having been abandoned a few years ago) and cranachan or tipsy laird for dessert, all washed down with lashings of whisky.

Making your own haggis is only a good idea if you have a lot of time on your hands and don’t mind your house reeking like a sweaty slaughterhouse for a few days. But the soup; that is easy to make. Cock-a-Leekie is a murky swamp of a dish, thick with marshy green leeks and sweetened by prunes. It’s easy to make and once it’s on, you only need to attend the pot once or twice – mostly to throw in more leeks. Hearty and warming, it will help soak up the first toast or four.

1. Place the chicken or chicken thighs and drumsticks in a large pan with 31/2 litres cold water. Cover and bring to the boil, then reduce the heat to a gentle simmer and continue to cook, partially covered, for 30 minutes.

2. Trim the leeks, leaving on most of the green parts, and rinse out any dirt. Chop into rounds roughly 1cm thick.

4. Add the remaining leeks and simmer, uncovered, for the final ½ hour. The chicken should be very tender and the first batch of leeks will almost be dissolving. Remove from the heat.

5. Lift the chicken from the pan and flake the meat from the bones. Discard the skin and bones and return the chicken flesh to the pan. Taste and adjust the seasoning before ladling into warm bowls.