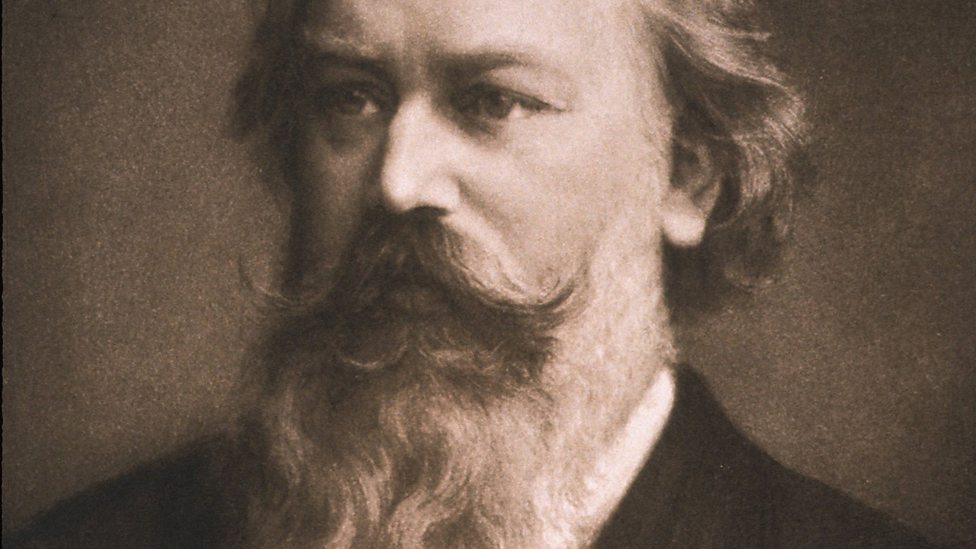 From the brothels of Hamburg to a place amongst the musical Gods, Mahlerman tells the story of Johannes Brahms…

In 1854 the now-obscure composer Peter Cornelius coined the phrase The Three B’s by way of describing, for him, the so-called ‘Holy Trinity’ of composers comprising J S Bach, Beethoven and Hector Berlioz. The Frenchman was still very much alive, and must have been flattered to have found himself in such august company. A few years later the pianist and conductor Baron Hans von Bulow set the record straight, and being also a champion of the music of Richard Wagner and Johannes Brahms, he slipped Brahms into his rightful place, where he has remained.

However, we cannot be too hard on Cornelius. In 1854 Brahms was just 21, had only a handful of chamber works to his name, and earned an uncertain living, for himself and his near-destitute family, by playing the piano in Hamburg’s many brothels. Physically, he was a slight, blond, beautiful young man, with an absence of facial hair that must have made life as a jobbing composer-pianist difficult. 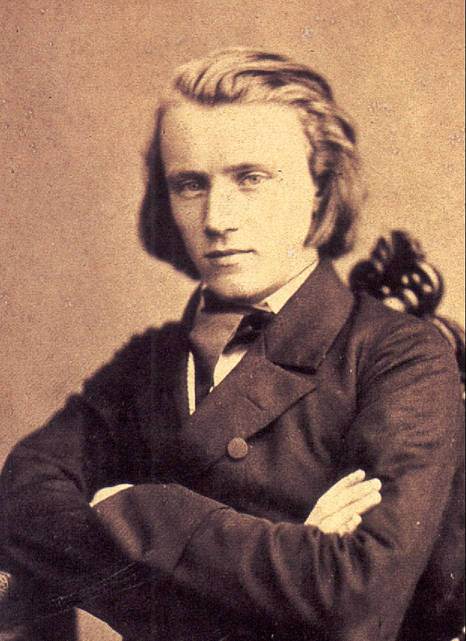 It is quite reasonable to imagine that this early exposure to life’s seedier side affected the composer’s troubled relationship with women for what remained of his life. He never married (though he offered a number of proposals), produced no children, and his most successful emotional relationship was with the wife of another man, Robert Schumann’s beloved Clara. Pleasures of the flesh, he paid for.

The arrival of the Four Ballades Opus 10 aligns with the attempted suicide of his friend (and mentor) Robert Schumann, and the composer’s deepening friendship with Clara – and it shows in these works, amazingly mature as they are for a twenty-one year old. No 2 in D major is played here with surpassing beauty by the great Italian virtuoso Arturo Benedetti Michelangeli, a master at helping us forget that the pianoforte is actually a percussion instrument.

The appeal of Brahms is that of a romantic spirit controlled by a classical intellect – in fact I have always thought of him as the swinging hinge between those two worlds. I turn to Bach if I want to edge closer to God, and Beethoven if Olympus beckons – but if it is lyrical gracefulness that I crave then only Brahms fits the bill. If I wake one day and my bed’s got two wrong sides – then Brahms will quickly settle things, and it will almost certainly be a piece of chamber music, the part of his oeuvre that many music lovers prize most highly. It is a field that Brahms himself tilled with loving zeal, and when, late in his life, the composer met the clarinettist Richard Muhlfeld, the friendship served as an inspiration for the clarinet trio, the two sonatas Opus 120, and perhaps the most beautiful work he ever produced, the Clarinet Quintet in B minor, Opus 115, a work fit to stand alongside Mozart’s Quintet, and Schubert’s great Quintet in C major. Here, the otherworldly Second Movement, Adagio, the emotional centre of this amazingly autumnal work. Listen and weep.

The symphonies of Brahms are criticised, if at all, for their lack of strong contrasts, and it is true that in all four the pulse tends to wander between Allegretto and Andantino – but the compensations, in strong constructive power and beautiful melodies, far outweigh any shortcomings. The stormy masterpiece that is the First Symphony took more than 20 years to complete, the composer being in his mid-forties at the premier. It remains the most popular but, to my ears, the least successful, being rather obviously dramatic in a way that rest of the quartet are not. Though not particularly a contrarian, my favourite is the lyrical No 3 in F major, the least popular, and of the four movements the third movement allegretto seems as near perfect as anything can be this side of heaven. This performance by the Vienna Philharmonic Orchestra conducted by John Barbirolli is 50 years old, but the Viennese have the easy charm of Brahms in their very DNA.

During his early years of struggle, Brahms had learned to live modestly; he ate in the cheapest restaurants, and dressed like a vagrant, with a safety pin often holding his coat together. Nothing much changed when, on Good Friday 1868, with the composer still in his mid-thirties, the first performance of the German Requiem took place in Bremen Cathedral and, almost overnight his name was made, and with it his fortune. This marvellous work is not really a requiem at all, more a setting of certain passages in the (Lutheran) bible, and in fact the clergy in Bremen were concerned about the absence of any reference to redemption through Christ: it is, in fact, about love, loss and comfort. It was developed slowly over a period of 14 years, and the first stage coincides with the Schumann’s suicide attempt in 1854, the second and third inspired by the death of his mother Christiane.

The hushed opening movement (of seven) is Selig sind, die da Leid tragen (Blessed are they who bear suffering), performed and completely rethought here by Philippe Herreweghe directing La Chapelle Royale, Collegium Vocale, and the Orchestra des Champs-Elysees. I thought I knew the piece until I heard this extraordinary conception of it.

Finally, for those Dabblers with a bent for the unusual, who don’t mind spending six minutes out on the third ring of Saturn, here is veteran rocker Polly Harvey’s glacially beautiful version of Selig sind, to the backdrop of images from Bela Tarr’s epic Satantango.