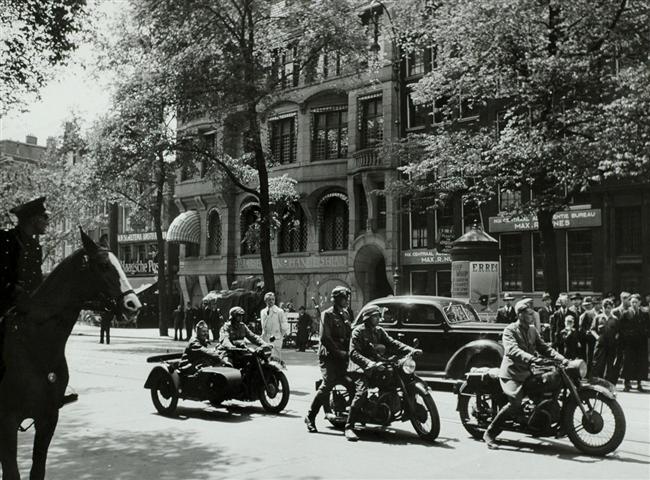 Now, I’m not one for log-rolling – still less, nepotistic log-rolling – nor am I generally one for new fiction, but I must tell you that this is a seriously good novel, and one that’s very hard to put down. It just happins to have been written by my cousin.

The Green Table is set in Amsterdam before and during the Nazi occupation – a time and place that are vividly (but economically) evoked. The action revolves around a notably well drawn set of central characters. Hedda Brandt is a dance teacher, formerly a dancer with Kurt Jooss‘s company, who has stayed behind in the Netherlands after others of the company left for England (the novel takes its title from Jooss’s most famous work). Katje is a young girl full of life and desperate to dance, who persuades Hedda to take her on as a pupil. Katje has a troubled brother, Werner, who is a piano pupil – and worshipper – of the German would-be composer Erik Weiss, an enigmatic, increasingly sinister figure, with whom Hedda has an intense and difficult working relationship. Hedda has another pupil, Elise, who is physically handicapped, and whose family befriend Hedda, thereby bringing her together with Elise’s half-brother Kai, with whom she reluctantly but helplessly falls in love.

The action follows this group of characters (and those around them) as they struggle with the ever increasing difficulties and dangers of life under the Nazis, the desperate urge to resist and the consciousness of the deadly risks of stepping out of line. As the story proceeds – crisply told in short sharp chapters – the tension mounts inexorably, and we care more and more about what will happen to these people, who will survive and how, what price will be paid…

This is not a faultless novel. I found the Prologue, though essential, a bit of a stumbling block, and didn’t really begin to enjoy the story till the time shifted to 1939 and it began in earnest. Though the structure is impeccable and the characters really live, the dialogue is sometimes lumpy, and there’s a certain gaucheness of tone – perhaps a hangover from the book’s origins as a (very different) novel for ‘young adults’, but anyway justifiable as reflecting the younger characters’ gaucherie. These minor flaws make little difference to the assured flow of a novel that keeps you – even me – turning the pages, eager to find out what will happen next, what will become of these people. It is involving, gripping, moving – in a word, a page-turner (though that was the last thing the author thought she was writing).

It would be a shame if The Green Table, published by a small press, languished unread and neglected, as so many do. It deserves better; indeed it deserves a mainstream success (though desert seems to come nowhere in the book world today).

I heartily recommend it – and, in particular, if you or anyone close to you belongs to a book circle, I’d recommend it as an excellent reading choice, with much to enjoy and discuss.

If you’re thinking of buying it, do go to the Cinnamon Press website – here’s the link – rather than to Amazon, as this will be of more benefit to the publisher and the deserving author. 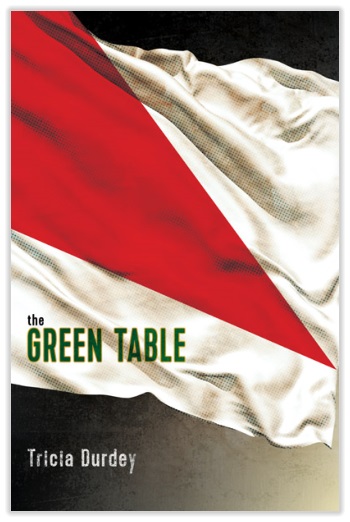 2 thoughts on “Review: The Green Table by Tricia Durdey”