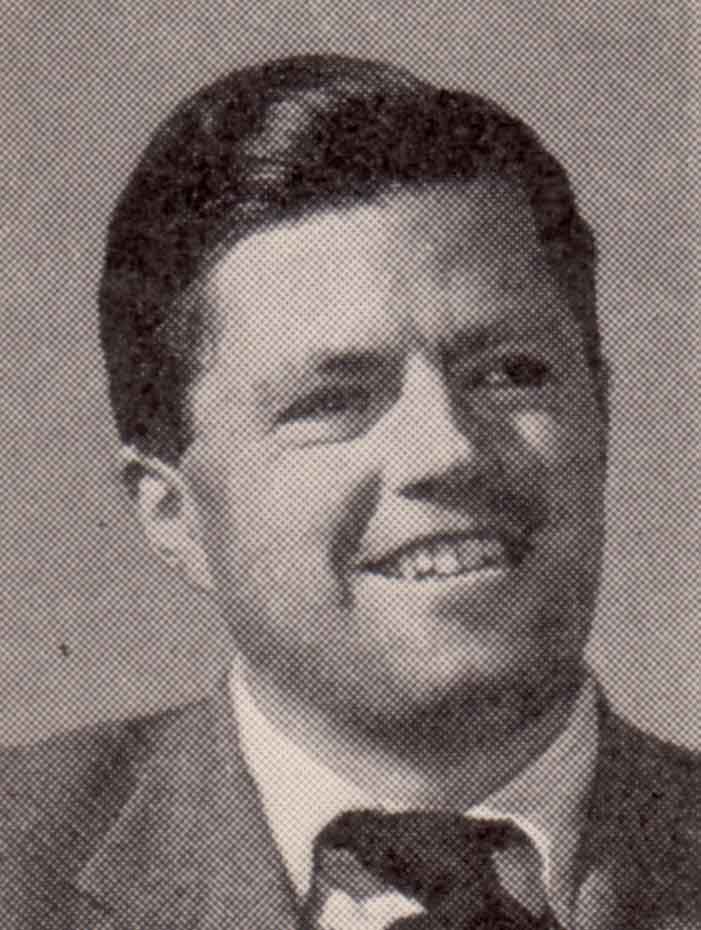 It isn’t easy to find a more obscure novelist than David Karp, but I think I’ve succeeded. A  visit to Camilla’s Bookshop in Eastbourne yielded this novel, published in 1961: 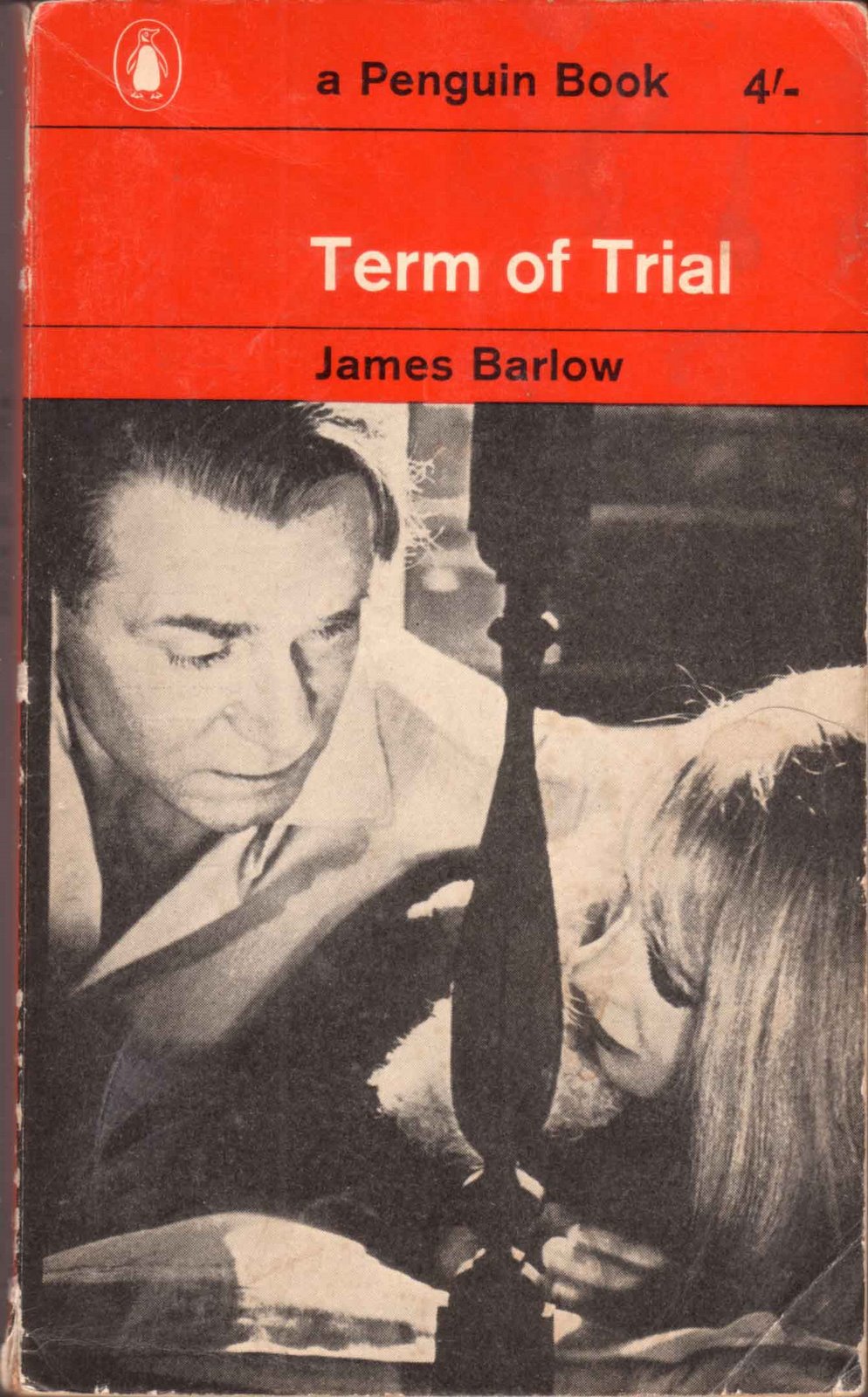 Yes, that is Larry Olivier on the front cover and the girl is a very young Sarah Miles. Barlow’s novel was turned into a film a year after publication and also starred Simone Signoret, Thora Hird and Terence Stamp.

Amazingly, it doesn’t appear to have been released on DVD or VHS which, no matter how bad the film might be, is surprising given the distinguished cast. 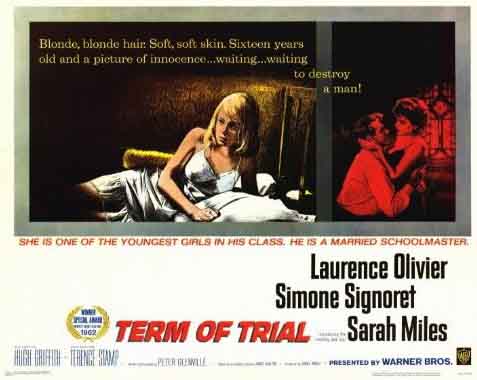 In 1963, someone called Bosley Crowther published a damning review in the New York Times, complaining that:

A hero more afflicted than Lazarus and more humble and patient than Job is not likely to cut a dynamic or captivating figure in a film, no matter how finely he is acted, even by Lawrence Olivier. And that’s why “Term of Trial,” which came to the Paramount yesterday, is not an exciting picture, for all its skittering around a sordid theme.

The meek and shabby high school teacher that Mr. Olivier plays in this British rehash of “Blackboard Jungle,” with minor “Lolita” overtones, is a wistful and well-meaning fellow for whom your heart bleeds a drop or two as you watch him stoically enduring all sorts of troubles and woes. But he’s just not enough of a person to make your blood run hot or cold.

Crowther clearly doesn’t like what he describes as the ‘current British “kitchen sink” style’ however on this side of the Atlantic the film appears to have been more successful and Olivier received a BAFTA nomination for his performance.

I have no idea how good or bad the film is, but the novel is a corker. Set in a nameless industrial town, Term of Trial is a bleak depiction of working class life at the end of the 1950s and its descriptions of sink estates are prescient for a novel written almost half a century ago. With a little editing it wouldn’t be hard to pass Term of Trial off as a contemporary novel.

To give you a flavour of Barlow’s style, here is the first page: 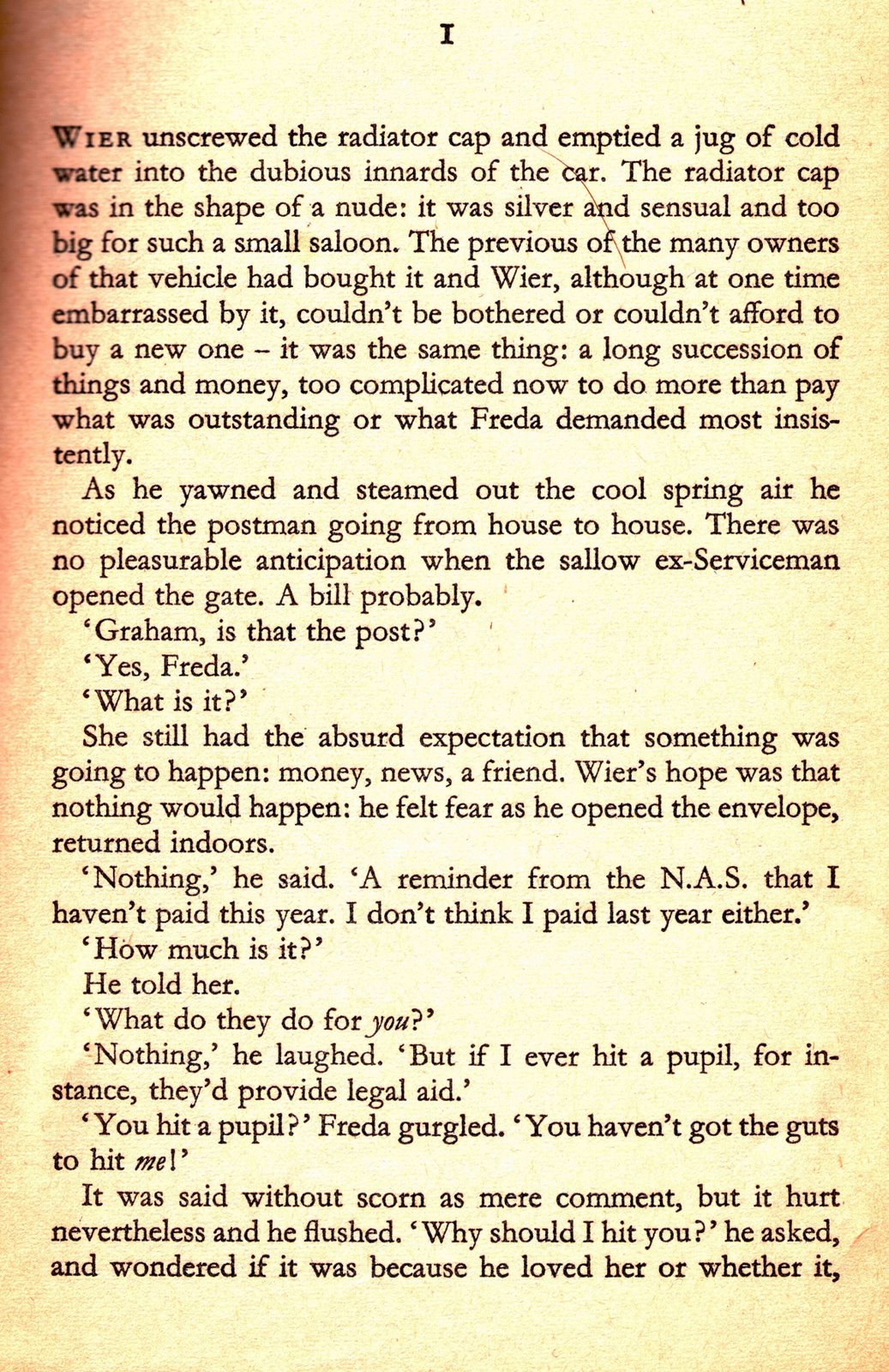 As for Barlow himself, I know that he was born in 1921 and died in 1973, but there is next to nothing about him on the internet. Term of Trial may be derivative in places, but it is a thoughtful, well-written novel that is both a perceptive study of human nature and a compelling social document. It doesn’t deserve to be out of print.